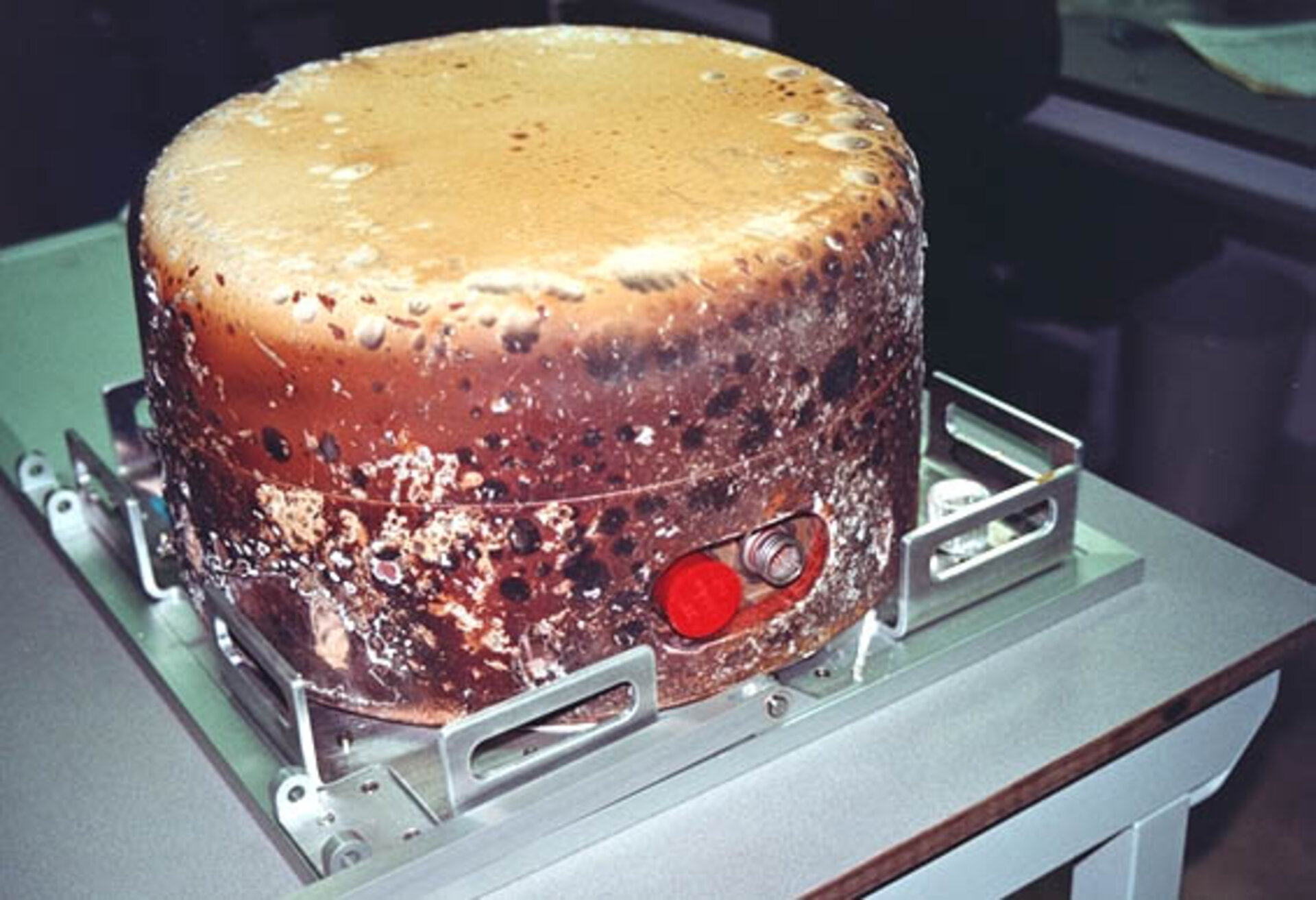 Biopan-0 awaits opening in ESA's 'Moslab' Moscow laboratory after its flight on Foton-8. Its white thermal paint was blistered by the heat of reentry. Biopan was designed and manufactured for ESA by Kayser-Threde to open in orbit to expose experiments to the space environment. Foton-8 carried the Biopan-0 demonstration version. Foton and Bion recoverable satellites have, since 1987, regularly carried ESA payloads into orbit. ESA's Biobox, Biopan and FluidPac flight facilities were specifically designed for Bion/Foton missions. Foton-8 was launched on 8 October 1992 and recovered near the Kazakh city of Kustanay on 24 October 1992. [Image Date: 1992/10] [98.08.004-015]