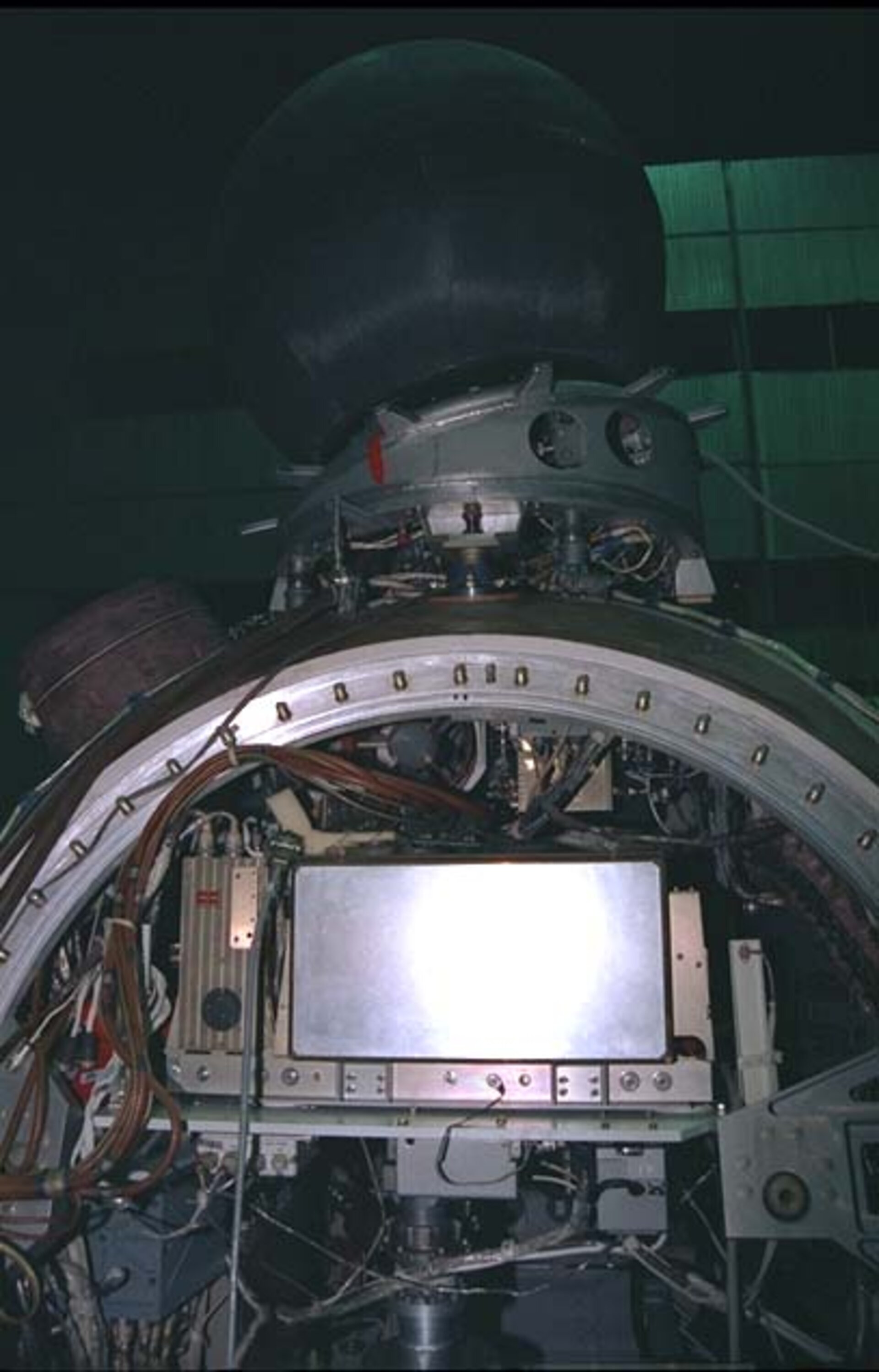 ESA's Biopan (top left) integrated with the Foton-11 descent capsule during the final electrical/mechanical interface tests at the Progress factory in Samara, Russia, in July 1997, 3 months before launch. Biopan was then shipped back to Europe for the application of the white thermal paint, calibration of the internal sensors and experiments integration, before being transported to the launch site. Above Biopan is Germany's MIRKA 1 m-diameter reentry sphere that was separated shortly before reentry and recovered a few hundred km away from the main capsule. The large silver box inside Foton is ESA's Biobox-3. Russia's Foton-11 microgravity mission was launched from Plesetsk on 9 October 1997 carrying ESA's Biobox-3 and external Biopan-2 carriers, plus three autonomous experiments, totalling 12 biology experiments involving scientists from France, Belgium, Spain, Germany, The Netherlands and Russia. Foton also carried payloads from CNES and DARA. The descent capsule landed safely 200 km south-east of Kustenay in Kazakhstan on 23 October 1997. [Image Date: 1997/07] [98.01.012-011]