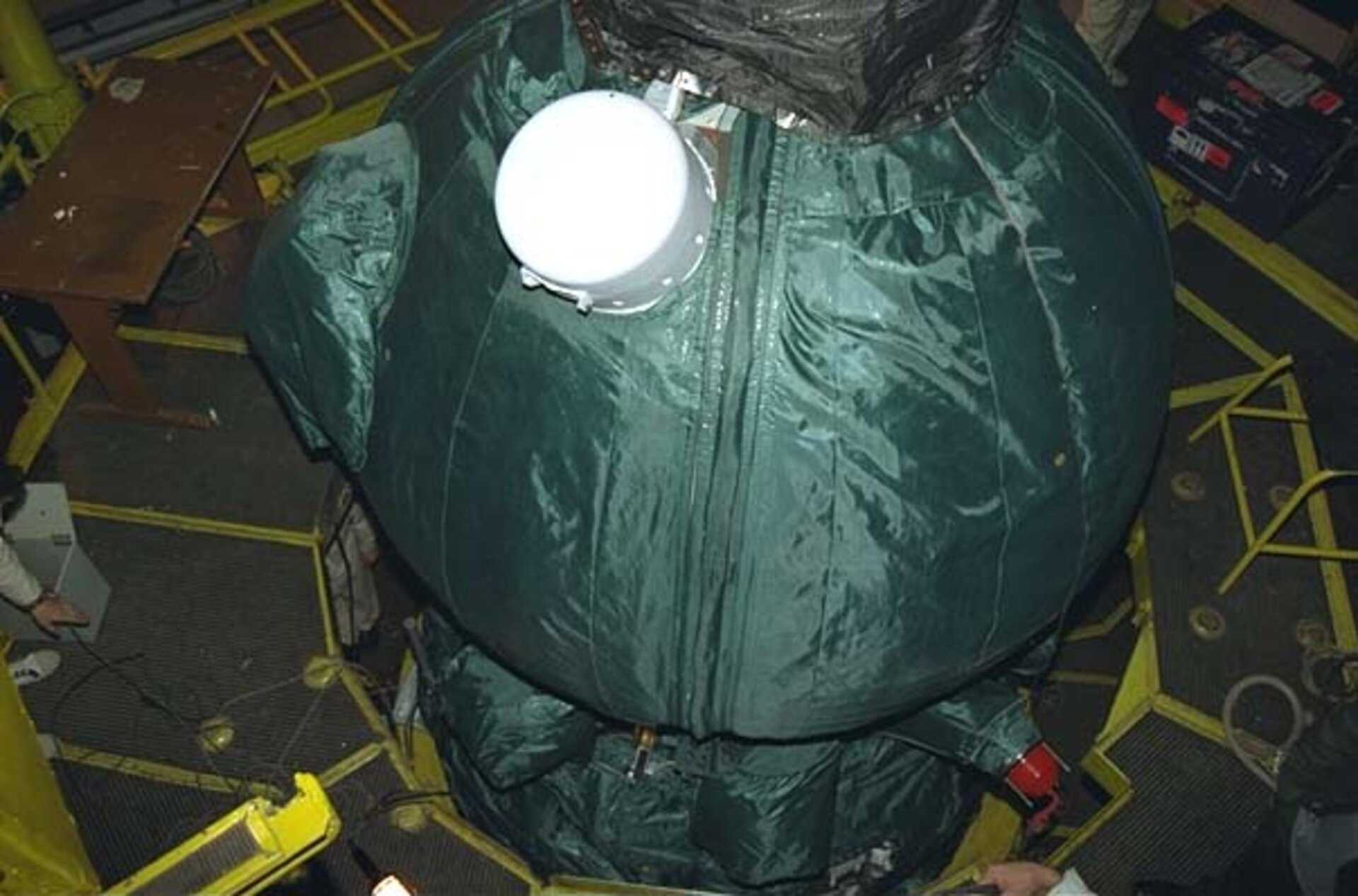 ESA's Biopan-2 experiment carrier was attached to the Foton-11 descent capsule in the integration building at Plesetsk 2 days before launch. Biopan, designed and manufactured for ESA by Kayser-Threde to ride on the outside of a reentry capsule, opened in orbit to expose experiments to the space environment. Above Biopan is Germany's MIRKA 1 m-diameter reentry sphere that was separated shortly before reentry and recovered a few hundred km away from the main capsule. Both are already covered by thermal blankets. Russia's Foton-11 microgravity mission was launched from Plesetsk on 9 October 1997 carrying ESA's Biobox-3 and external Biopan-2 carriers, plus three autonomous experiments, totaling 12 biology experiments involving scientists from France, Belgium, Spain, Germany, The Netherlands and Russia. Foton also carried payloads from CNES and DARA. The descent capsule landed safely 200 km south-east of Kustenai in Kazakhstan on 23 October 1997. [Image Date: 08-10-97] [98.01.012-003]