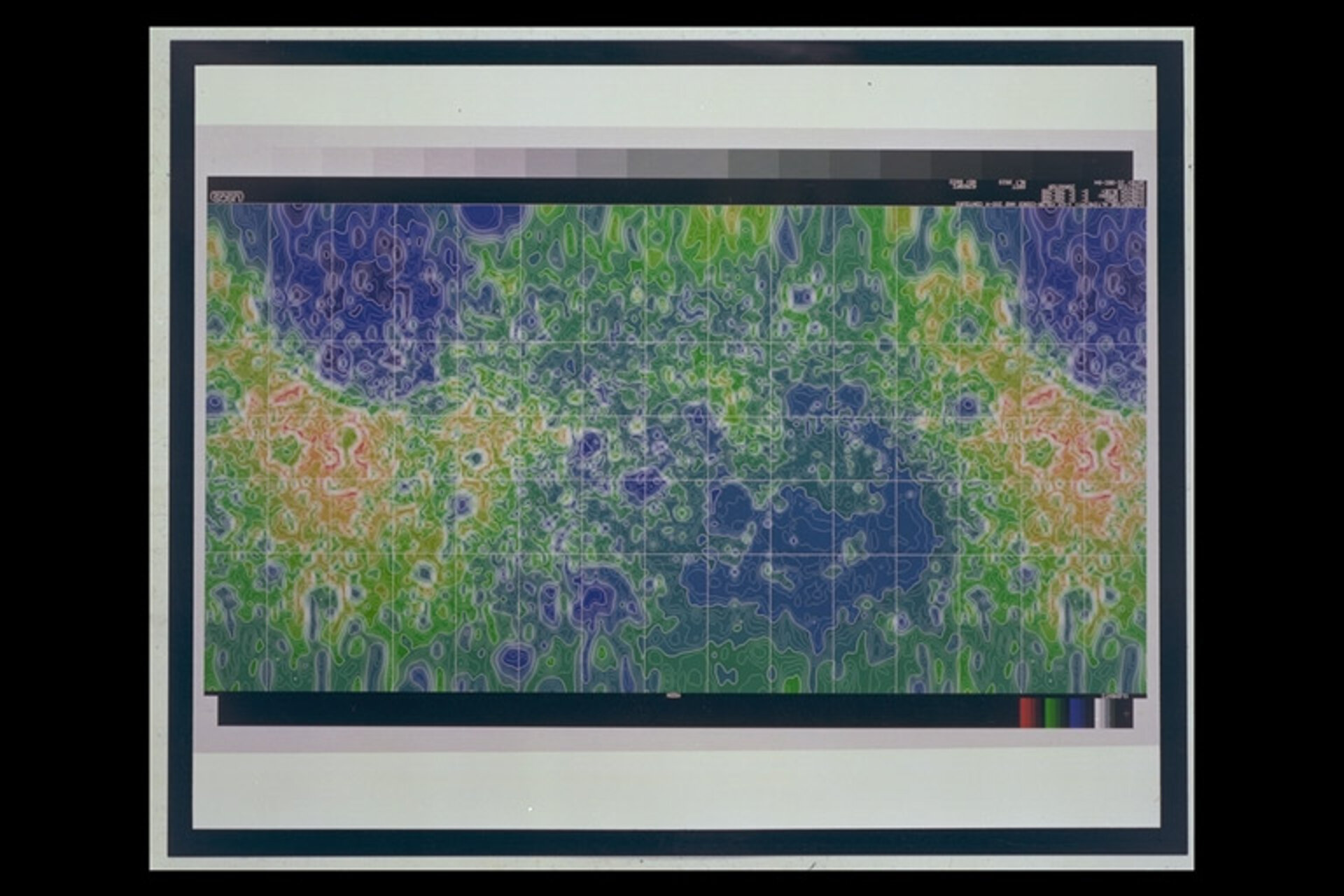 A colour-coded representation of the Clementine altimetry data of the Moon is shown as a Mercator projection from latitudes -70 to +75 deg, and covering 450 degrees of longitude (repeating a 90 deg region), from longitude -180 (left, central farside) to longitude +90 (right, centred on the Orientale hemisphere, Moon's western limb). Altitudes are colour-coded in 1-km intervals, and contour lines marked at 200-m intervals. The lowest elevations are shown in purple, increasing to blue, green and red. The large-scale topography of the Moon is dominated by two giant basins or depressions separated by rugged highlands. The deepest depression is the South Pole/Aitken basin, and the larger but shallower depression, called the Procellarum basin, covers most of the central and northern nearside. The Procellarum basin is relatively shallow because of filling by mare lavas and ejecta deposits from subsequent large impact events. A series of smaller basins just outside the margin of Procellarum basin are all 1-2 km deeper than the mare-flooded floor of Procellarum basin, so this is a distinctive crustal feature. Procellarum basin may be due to a single large impact, about 1/3 larger than the South Pole Aitken impactor, or to mysterious 'magma ocean' processes. The highest regions on the Moon occur on the north-central farside, between the two giant basins, perhaps due to giant-basin ejecta or magma ocean processes. Possibly all of the large-scale topography of the Moon has been created by impact events and mare fill. The multi-ring impact basins on the Moon are at least 3.9 billion years old. [Image Date: 23-12-95] [97.03.007-002]