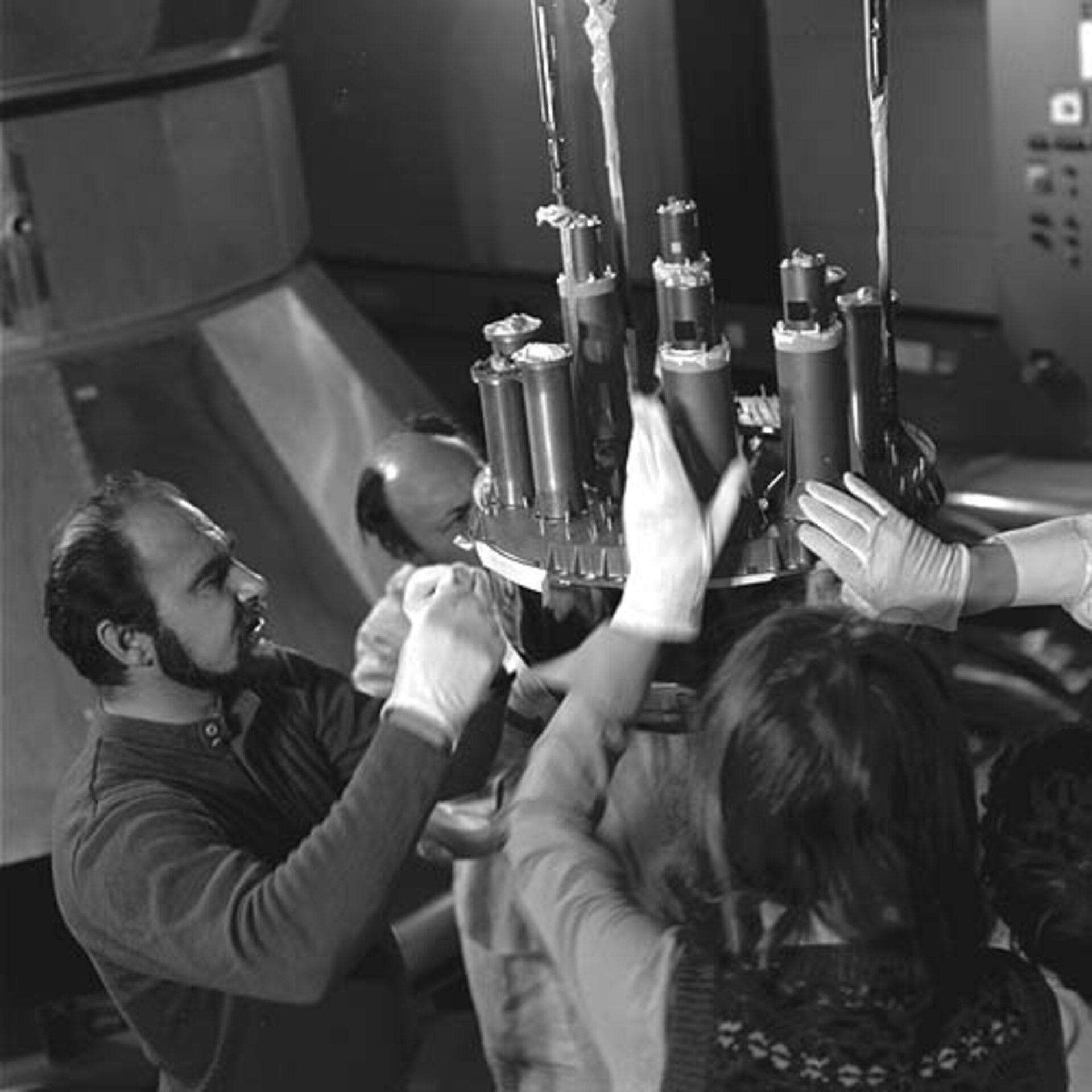 The Trigger Telescope for Cos-B's gamma-ray detector package being prepared for assembly at MBB. The cylinders are photomultiplier tubes. ESA's Cos-B, launched 9 August 1975, provided the first complete galactic survey in high-energy gamma-rays. Before this, the gamma-ray Universe had largely been invisible to astronomers. Designed for a 1-2 year life, it operated successfully until April 1982. [Image Date: 1974/02] [74.02.031-007]