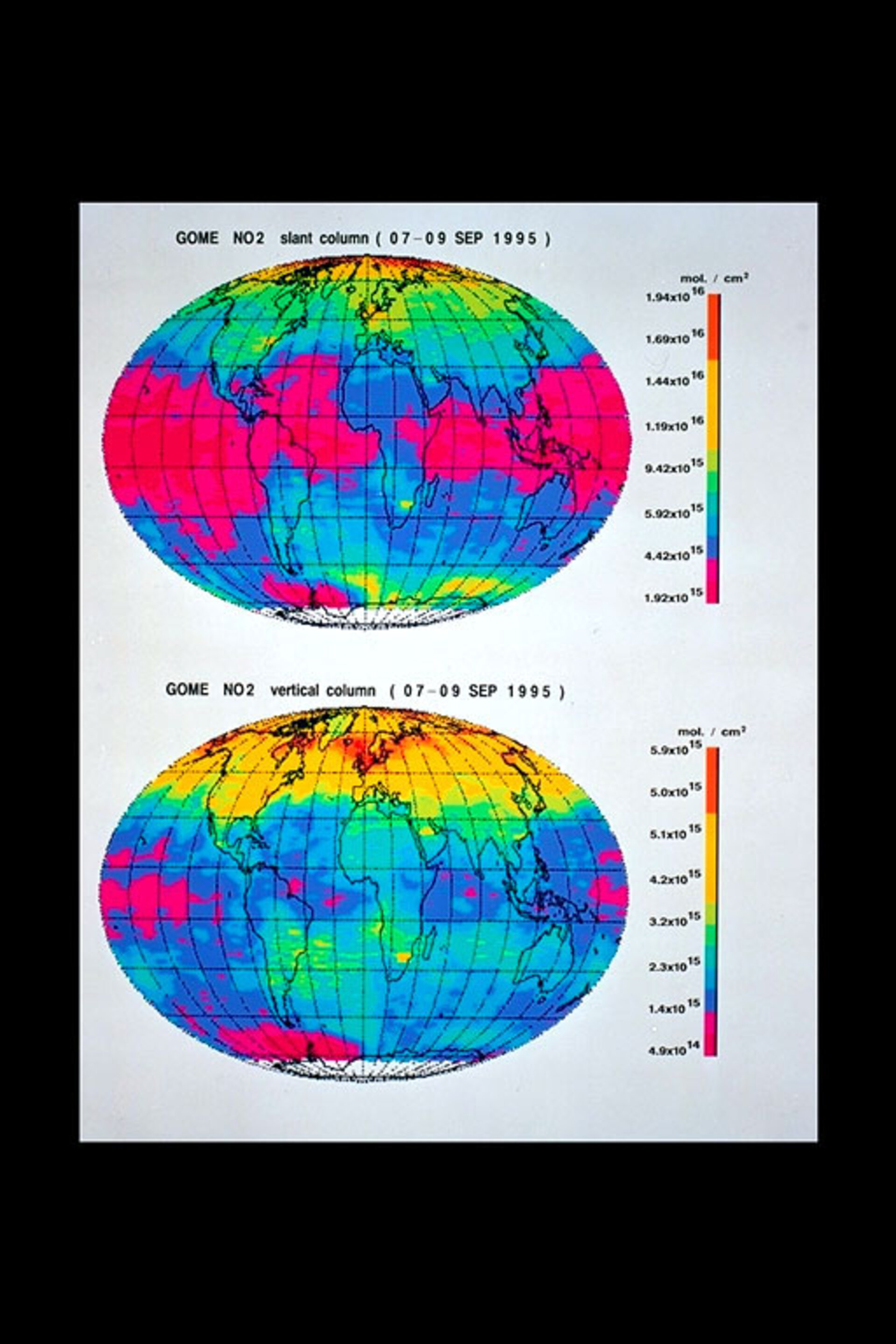 A level 3 projection generated by scientists from the Institute of Environmental Physics and Remote Sensing of the University of Bremen. Showing the slant and the total column amount of nitrogen dioxide observed during 7-9 December 1996 by the Global Ozone Monitoring Experiment (GOME) aboard ESA's ERS-2 satellite. The plumes of high nitrogen dioxide are clearly visible over industrial areas such as Europe and the eastern seaboard of the United States, Japan and Southern China as well as the cities and biomass-burning areas in Africa and South America. [Image Date: 07-12-96] [97.11.014-005]