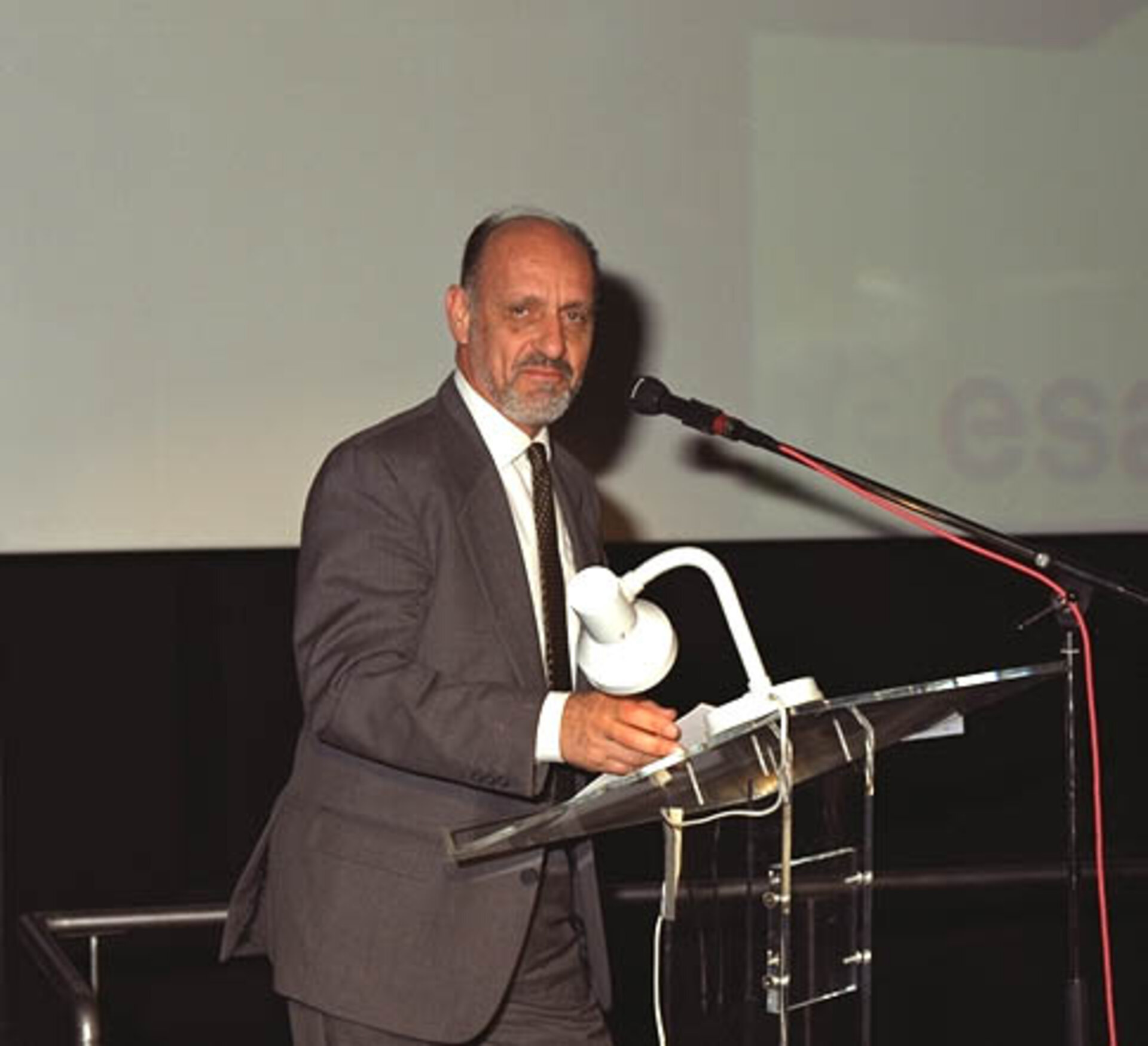 The Council of the European Space Agency met in Brussels at Delegate level on 23-24 June 1998. It decided on greater coordination between ESA and the European Union, and approved the first steps towards the Global Navigation Satellite System (GNSS-2), the Living Planet Programme in Earth Observation, the more powerful Ariane-5 Plus version of Ariane-5, and the Vega small launcher. The meeting was an important milestone in preparing for the next ESA Ministerial Council. It was preceded by a ceremony to mark the 25th Anniversary of the 1973 European Space Conference, which laid the foundations for ESA and its programmes. The picture shows Antonio Rodata, ESA Director General. [Image Date: 1998/06] [98.06.012-021]