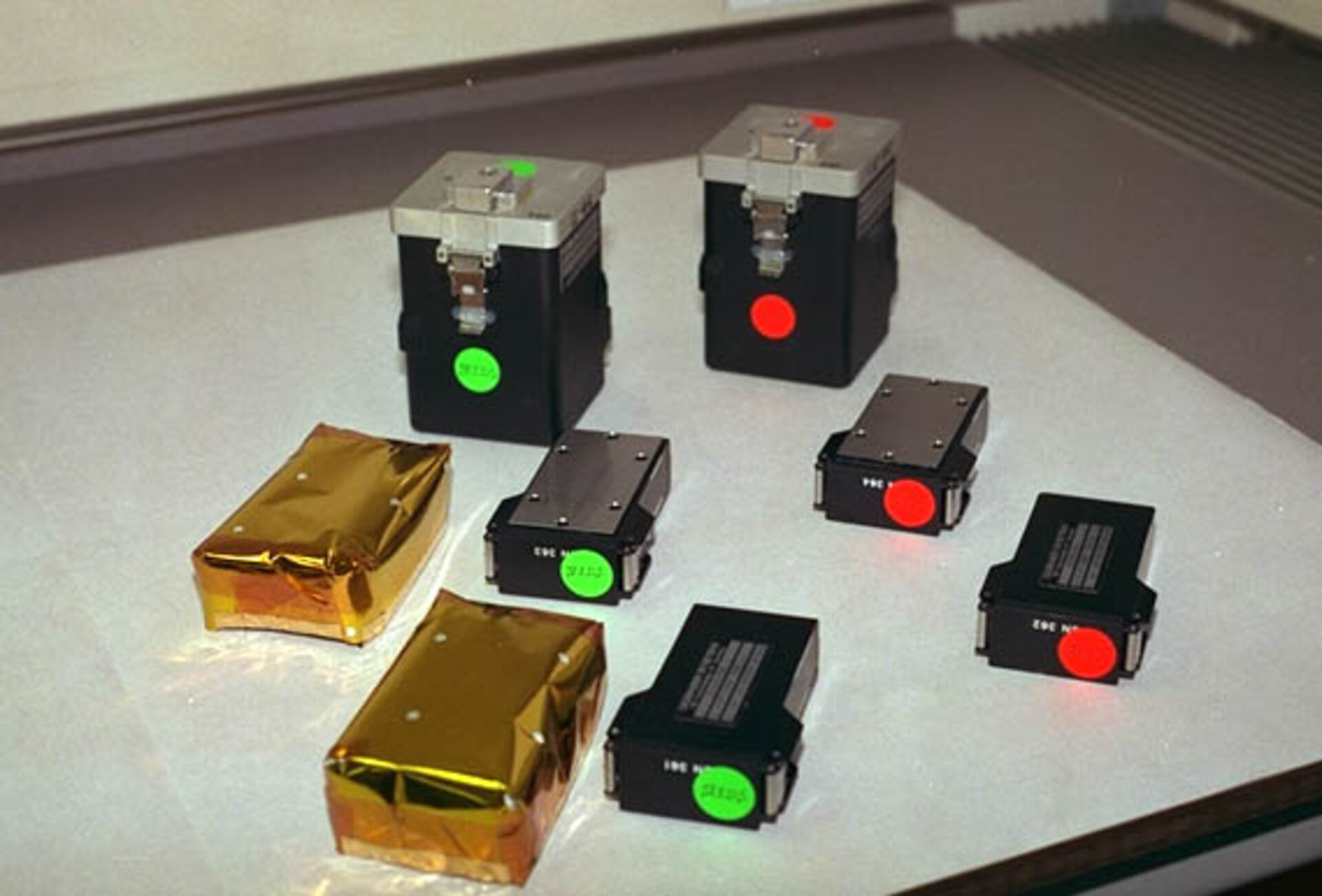 Russia's Bion-10 (Cosmos 2229) life sciences mission provided the opportunity for significant cooperation between ESA and Moscow's Institute of Biomedical Problems (IBMP). The satellite carried 10 joint ESA/IBMP experiments, with four of them inside ESA's new Biobox incubator. Bion-10 was launched on 29 December 1992 from Plesetsk and recovered on 10 January 1993. The photograph shows experiment packages of the joint ESA/IBMP 'SEEDS' experiment. As is common practice in space biology, the flight packages (green labels) were accompanied by duplicates (red labels), kept on Earth during flight for reference. The smaller packs were flown in exposure containers on the spacecraft's outer surface, with the gold-coloured caps (at left) mounted on top as protection against solar heating. [Image Date: 1992/12] [98.08.002-013]