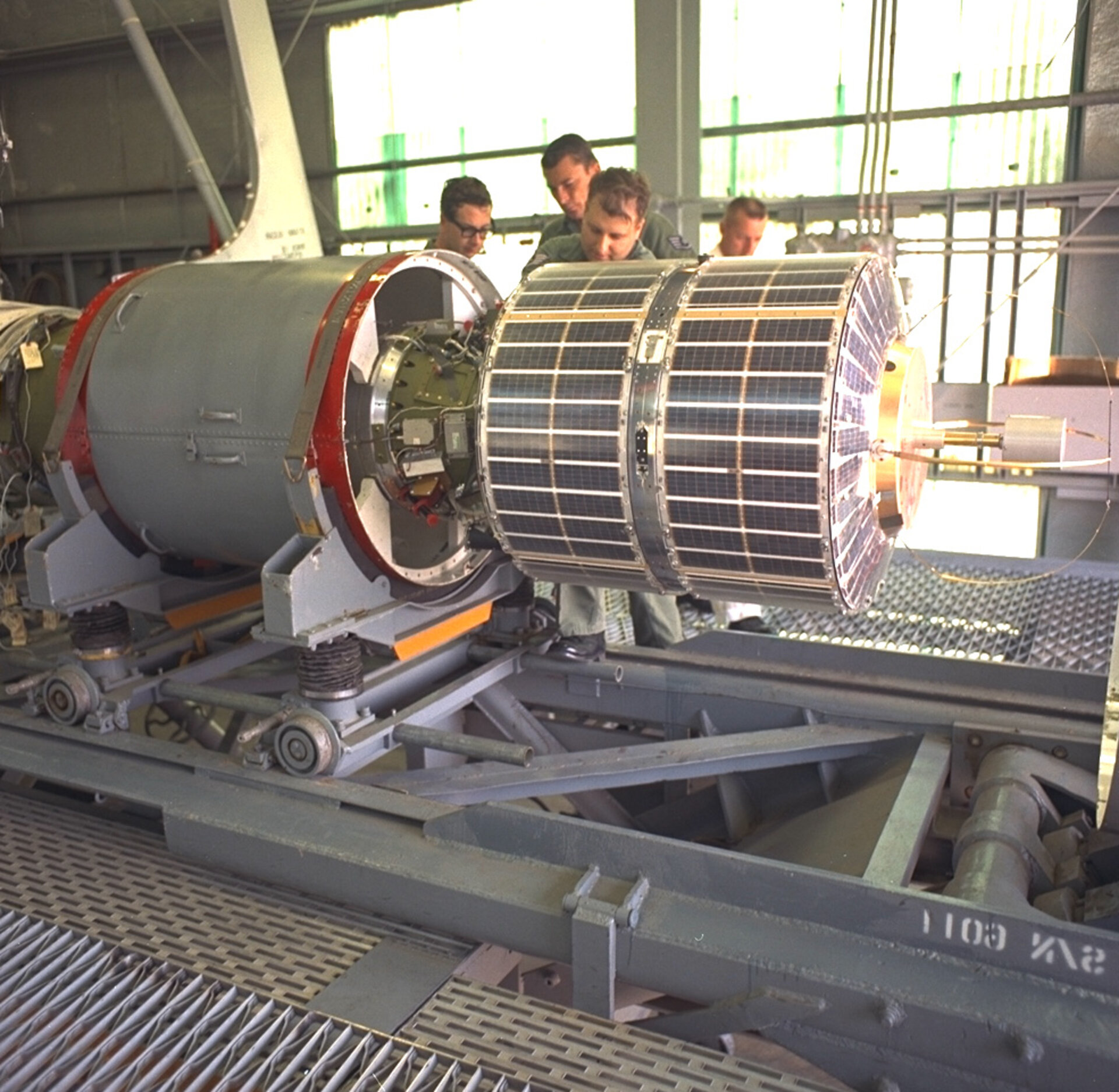 ESRO-1B integration with its Scout launcher at the Western Test Range, California. The first satellites of the European Space Research Organisation (ESRO, a predecessor of ESA) concentrated on solar and cosmic radiation and its interaction with the Earth. ESRO-2 looked at solar X-rays, cosmic radiation and Earth's radiation belts, while ESRO-1A simultaneously examined how the auroral zones responded to geomagnetic and solar activity. Direct measurements were made as these high-energy charged particles plunged from the outer magnetosphere into the atmosphere. ESRO-1B was launched into a lower, circular orbit - meaning that reentry was inevitable after a few weeks - to provide complementary measurements. ESRO-1A was launched 3 October 1968 and reentered 26 June 1970; ESRO-1B was launched 1 October 1969 and reentered 23 November 1969. [Image Date: 1969/09] [69.10.786-002]