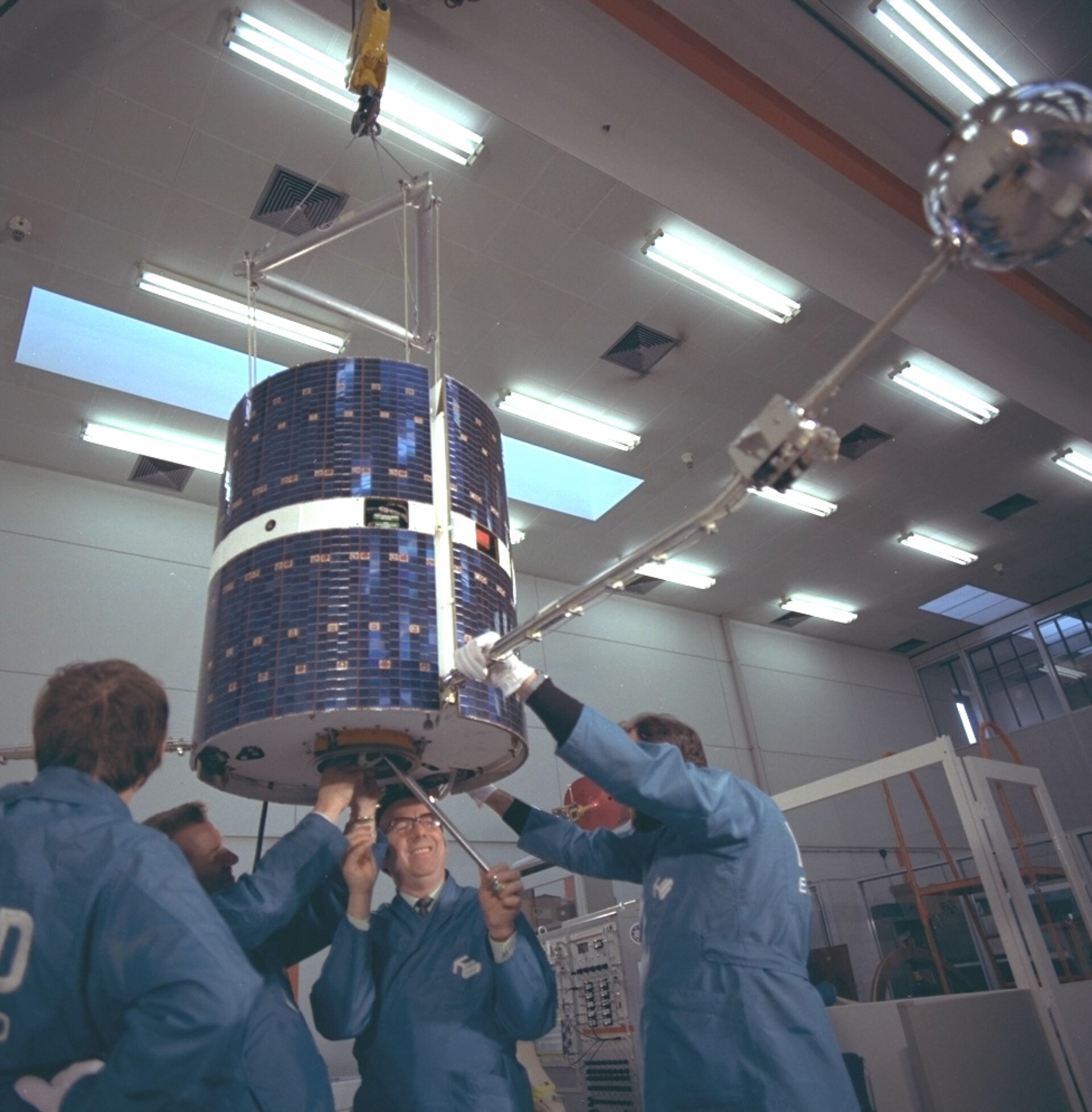 ESRO-4 in the integration hall at ESTEC. This European Space Research Organisation satellite was launched on 22 November 1972 from the Western Test Range, California by a NASA Scout, and continued returning data until reentry on 15 April 1974. It carried five experiments concentrating on the Earth's ionosphere, atmosphere, radiation belts and the penetration of solar particle radiation into the magnetosphere. Achievements included unique high-quality measurements of the atmosphere's constituents between 240 km and 320 km altitude. This small satellite significantly advanced our basic understanding of the relationships between solar radiation and the Earth's atmosphere and magnetic environment. [Image Date: 1972/03] [72.03.391-011]