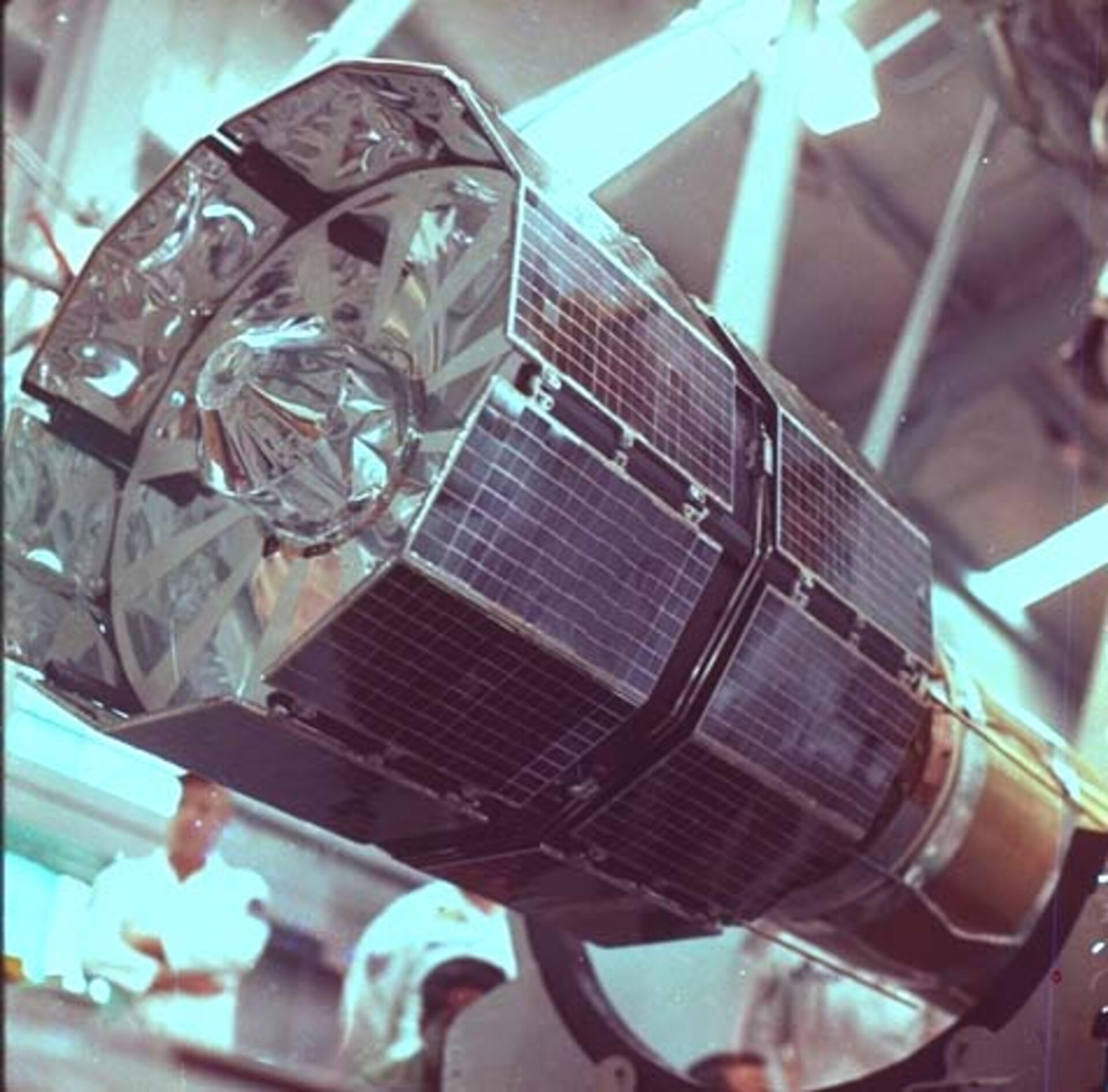 ESRO-2A attached to the final stage of its Scout launcher at the Western Test Range in California. This was the first satellite developed by the European Space Research Organisation (ESRO), a predecessor of the European Space Agency. ESRO's first satellites concentrated on solar and cosmic radiation and their interaction with the Earth and its magnetosphere. ESRO-2A was launched on 29 May 1967 from the Western Test Range in California, but the fourth stage of its NASA Scout launcher failed to ignite, leaving the satellite to burn up on reentry. The 74 kg ESRO-2B replacement (named Iris once in orbit) was launched 17 May 1968 carrying the same seven experiments. Although its design life was only 1 year, most subsystems and four experiments were still returning data by the time atmospheric drag produced reentry on 9 May 1971. [Image Date: 1967/05] [68.02.285-009]