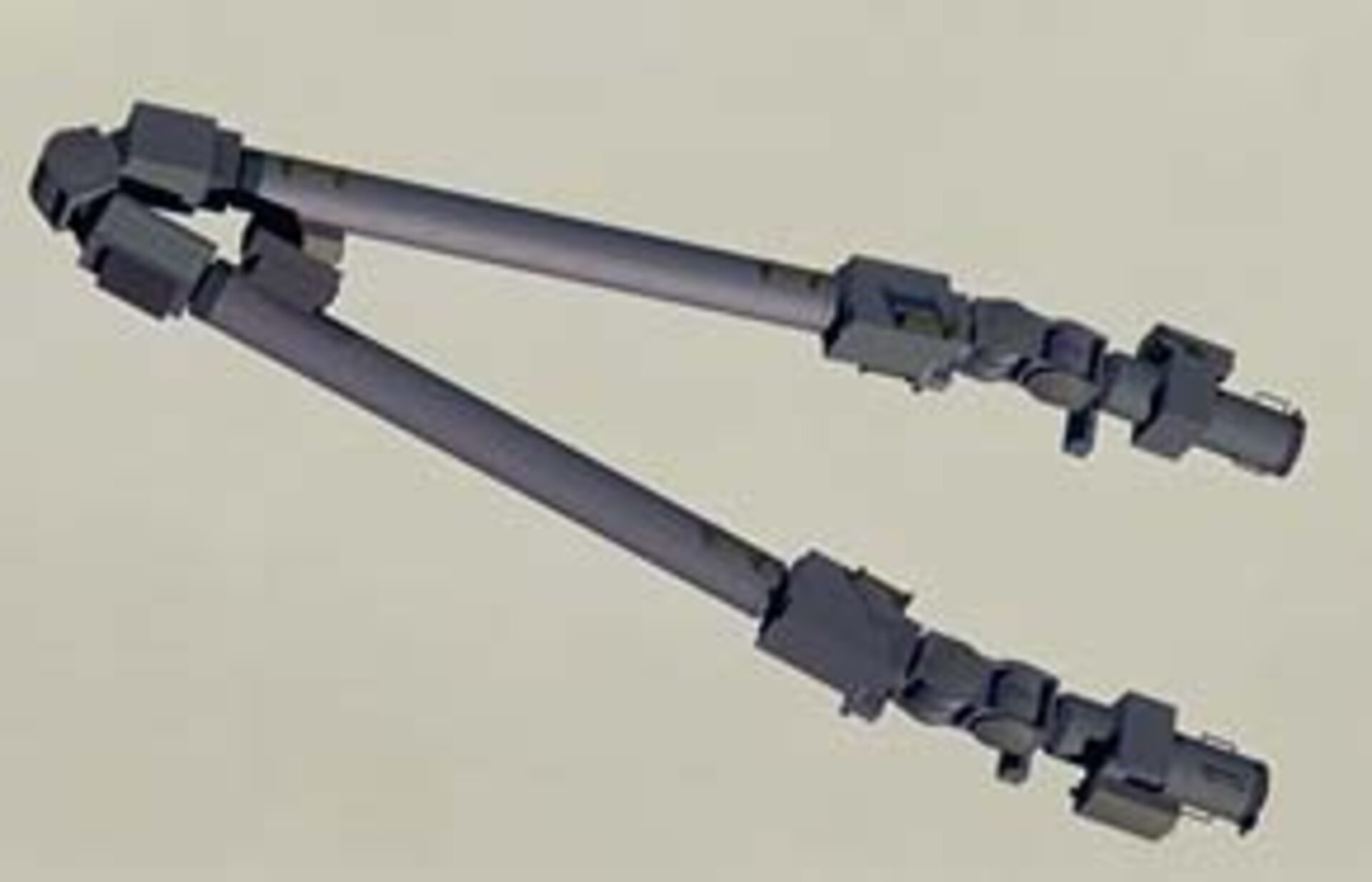 Artist's impression of ESA's European Robotic Arm (ERA), planned to be attached to the International Space Station (ISS). Mounted on the Science and Power Platform (SPP) of the ISS Russian Segment, the 10 m-long ERA will be launched with the SPP by the Space Shuttle in 2001. Once installed, it will be used for SPP's in-orbit assembly - particularly the solar array - and be available for in-orbit maintenance tasks and support of EVAs. Fokker Space of The Netherlands is developing ERA under a contract with ESA. Unlike a human arm, ERA is functionally symmetric [Image Date: 1997/11] [97.12.018-007]