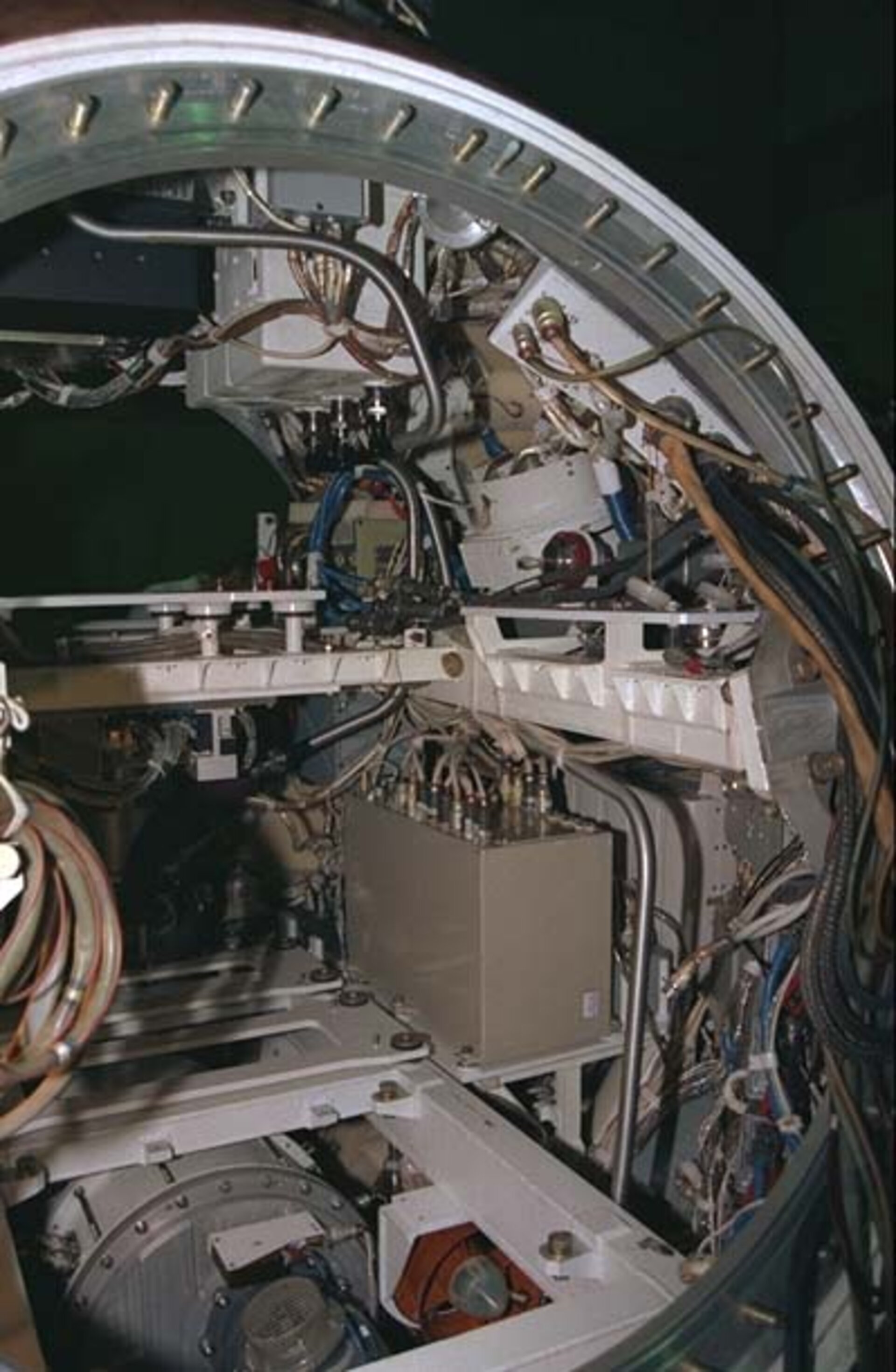 The Foton-11 descent capsule during the final electrical/mechanical interface tests at the Progress factory in Samara, Russia, in July 1997, 3 months before launch. This shows the capsule before the experiments were inserted. This mission offered more restricted accommodation for experiments because the batteries were carried internally in order for Germany's MIRKA reentry capsule to occupy their usual position on top of the capsule. Russia's Foton-11 microgravity mission was launched from Plesetsk on 9 October 1997 carrying ESA's Biobox-3 and external Biopan-2 carriers, plus three autonomous experiments, totalling 12 biology experiments involving scientists from France, Belgium, Spain, Germany, The Netherlands and Russia. Foton also carried payloads from CNES and DARA. The descent capsule landed safely 200 km south-east of Kustenay in Kazakhstan on 23 October 1997. [Image Date: 1997/07] [98.01.012-018]