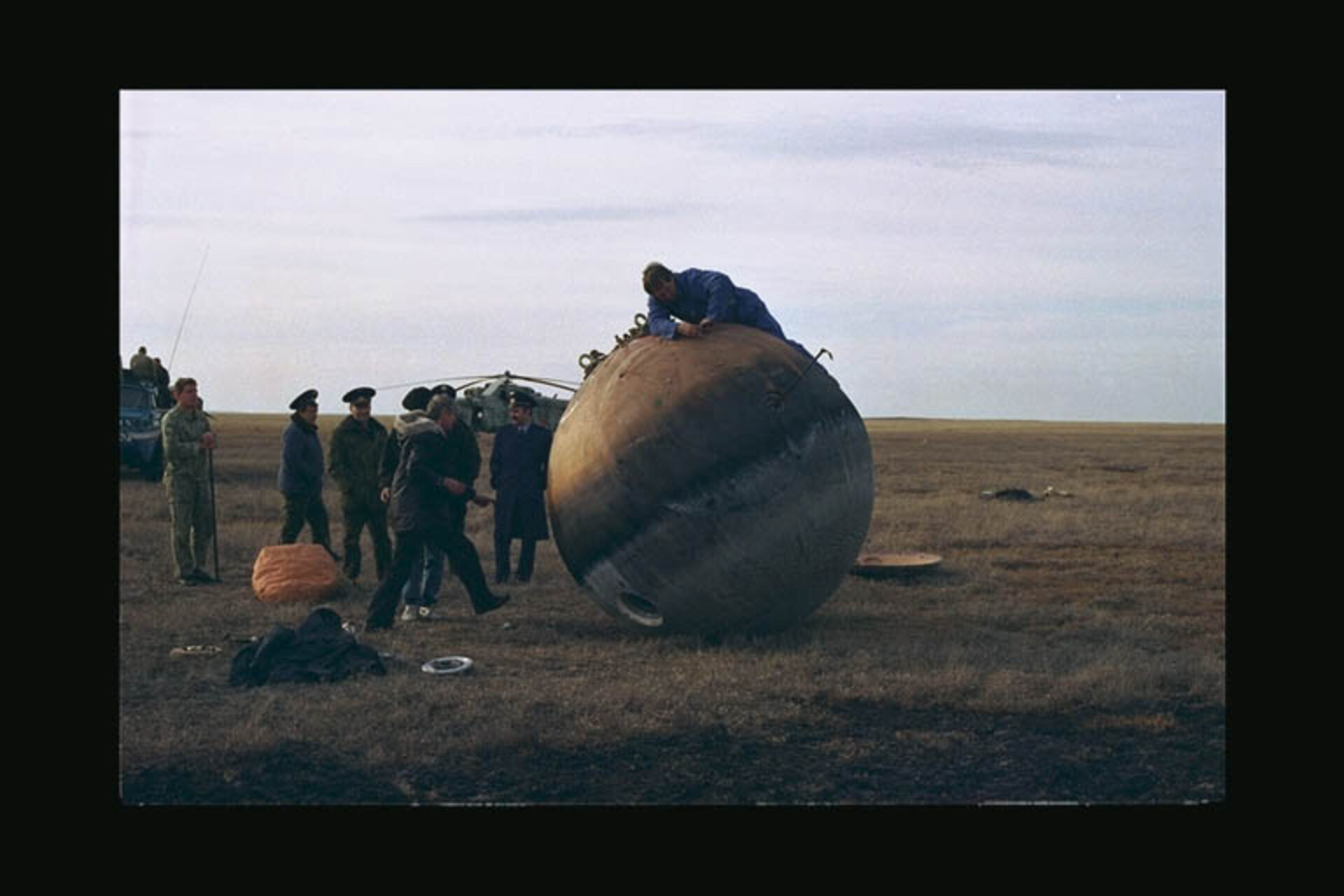 Russian technicians work on opening the hatch of Foton-11's descent capsule after a successful mission. In the base is the small port with a gamma-ray source used to trigger the parachute's retrorocket at an altitude of only 1 m, reducing impact shock from 90 g to 40 g. Russia's Foton-11 microgravity mission was launched from Plesetsk on 9 October 1997 carrying ESA's Biobox-3 and external Biopan-2 facilities, plus three autonomous experiments, totalling 12 biology experiments involving scientists from France, Belgium, Spain, Germany, The Netherlands and Russia. Foton also carried payloads from CNES and DARA. The descent capsule landed safely 200 km south-east of Kustenay in Kazakhstan on 23 October 1997. [Image Date: 23-10-97] [97.12.010-011]