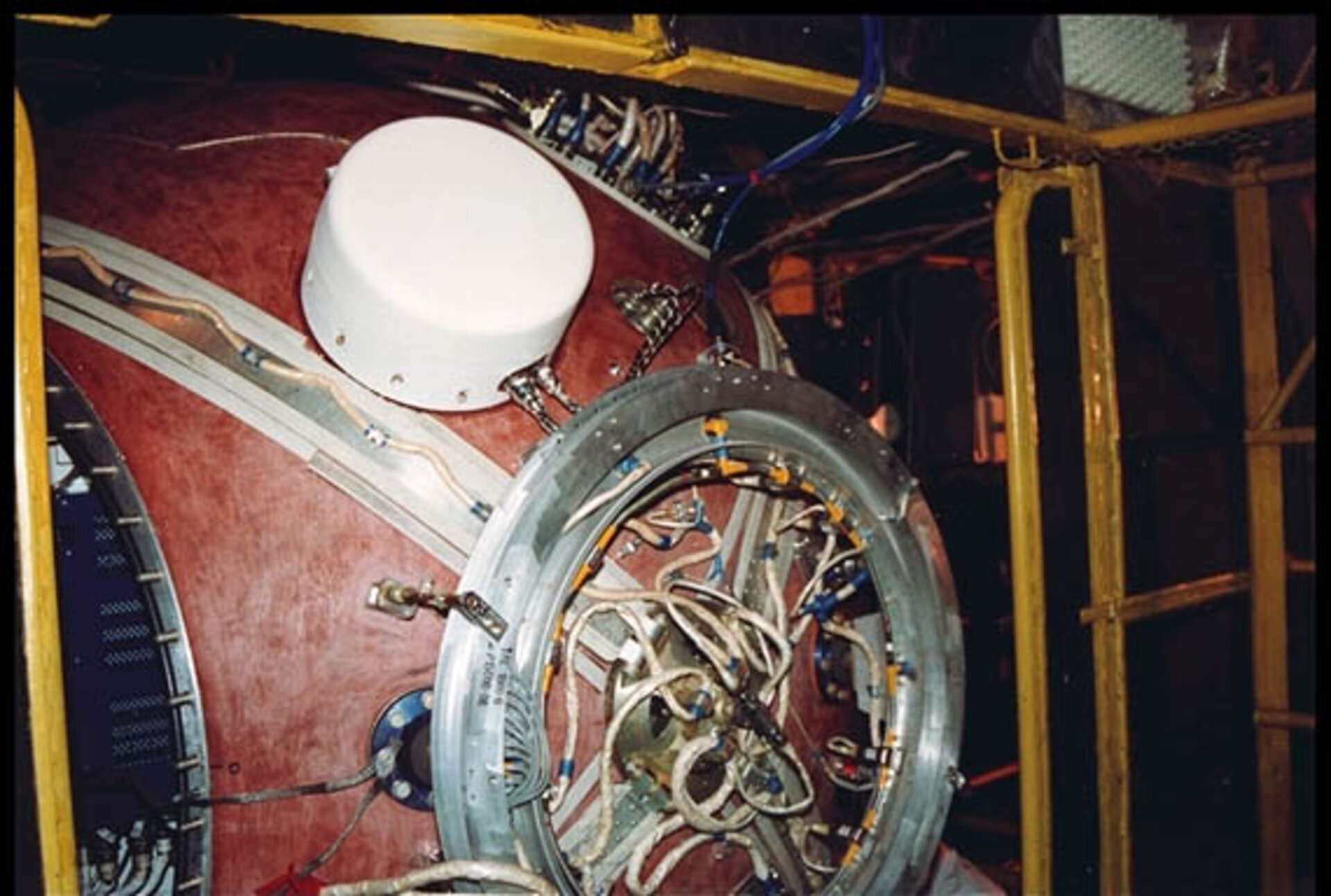 Pre-flight tests on the Foton-8 capsule at Russia's northern Plesetsk cosmodrome. Visible at top is the large attachment ring for Foton's external battery pack. ESA's white Biopan is electrically connected to the spacecraft by the power and data cables. Biopan, painted white to improve its thermal behaviour in orbit, was designed and manufactured for ESA by Kayser-Threde to open in orbit to expose experiments to the space environment. This was the Biopan-0 demonstration version. Foton and Bion recoverable satellites have, since 1987, regularly carried ESA payloads into orbit. ESA's Biobox, Biopan and FluidPac flight facilities were specifically designed for Bion/Foton missions. Foton-8 was launched on 8 October 1992 and recovered near the Kazakh city of Kustanay on 24 October 1992. [Image Date: 1992/10] [98.08.004-013]