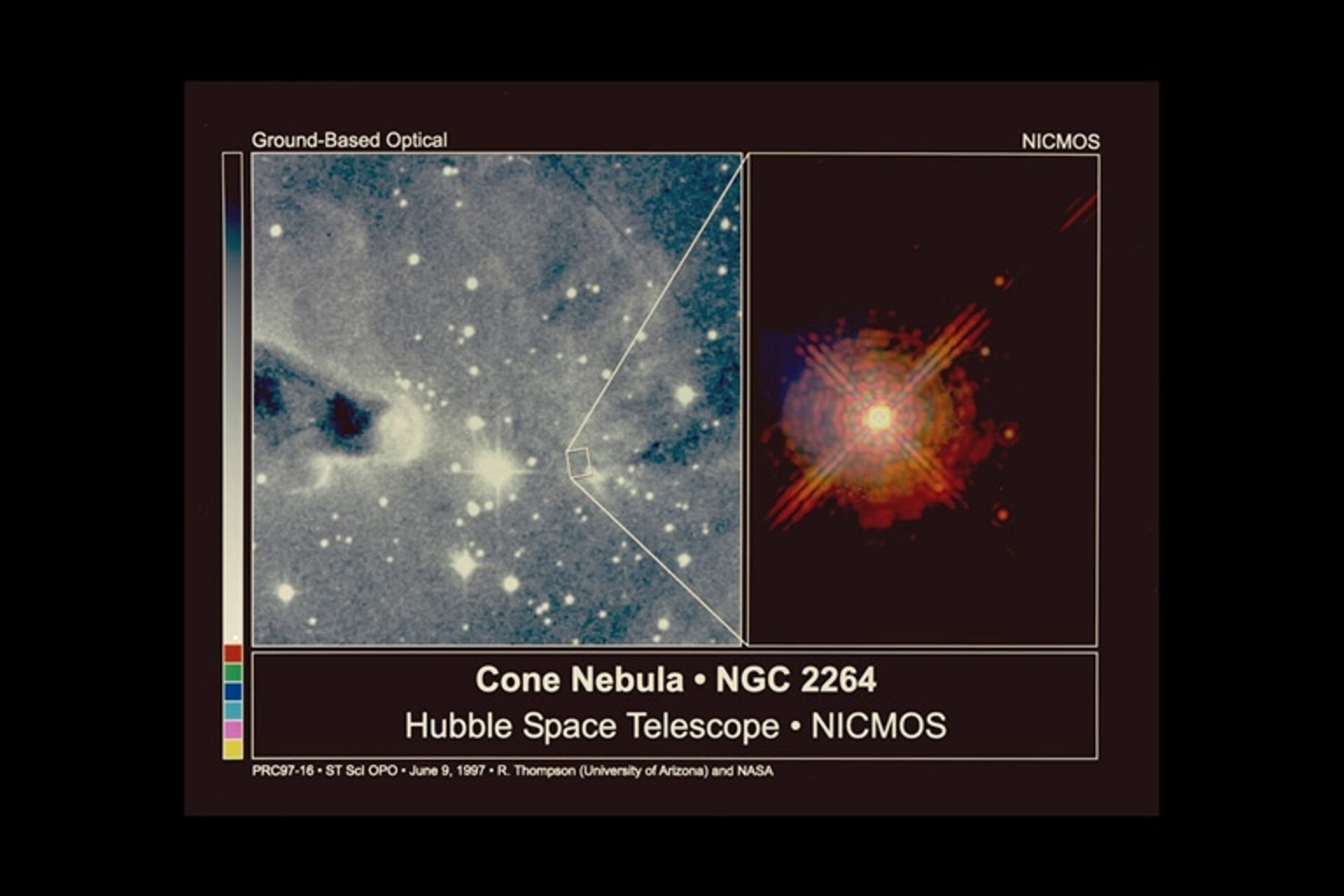 The Hubble Space Telescope's Near Infrared Camera and Multi-Object Spectrometer (NICMOS) has imaged the Cone Nebula, revealing six baby Sun-like stars surrounding their mother, a bright, massive star. Known as NGC 2264 IRS, the massive star triggered the creation of these baby stars by releasing high speed particles of dust and gas during its formative years.The image on the left, taken in visible light by a ground-based telescope, shows the Cone Nebula, located 2500 light-years away in the constellation Monoceros. The white box pinpoints the location of the star nursery. The nursery cannot be seen in this image because dust and gas obscure it. The large cone of cold molecular hydrogen and dust rising from the left-hand edge of the image was created by the outflow from NGC 2264 IRS.The NICMOS image on the right shows this massive star - the brightest source in the region - and the stars formed by its outflow. The baby stars are only 0.04 - 0.08 light-years away from their brilliant mother. The rings surrounding the massive star and the spikes emanating from it are not part of the image. This pattern demonstrates the near-perfect optical performance of NICMOS. A near-perfect optical system should bend light from point-like sources, such as NGC 2264 IRS, forming these diffraction patterns of rings and spikes. The false colour image was taken with 1.1, 1.6 and 2.2 micron filters. [Image Date: 28-04-97] [97.06.020-001]