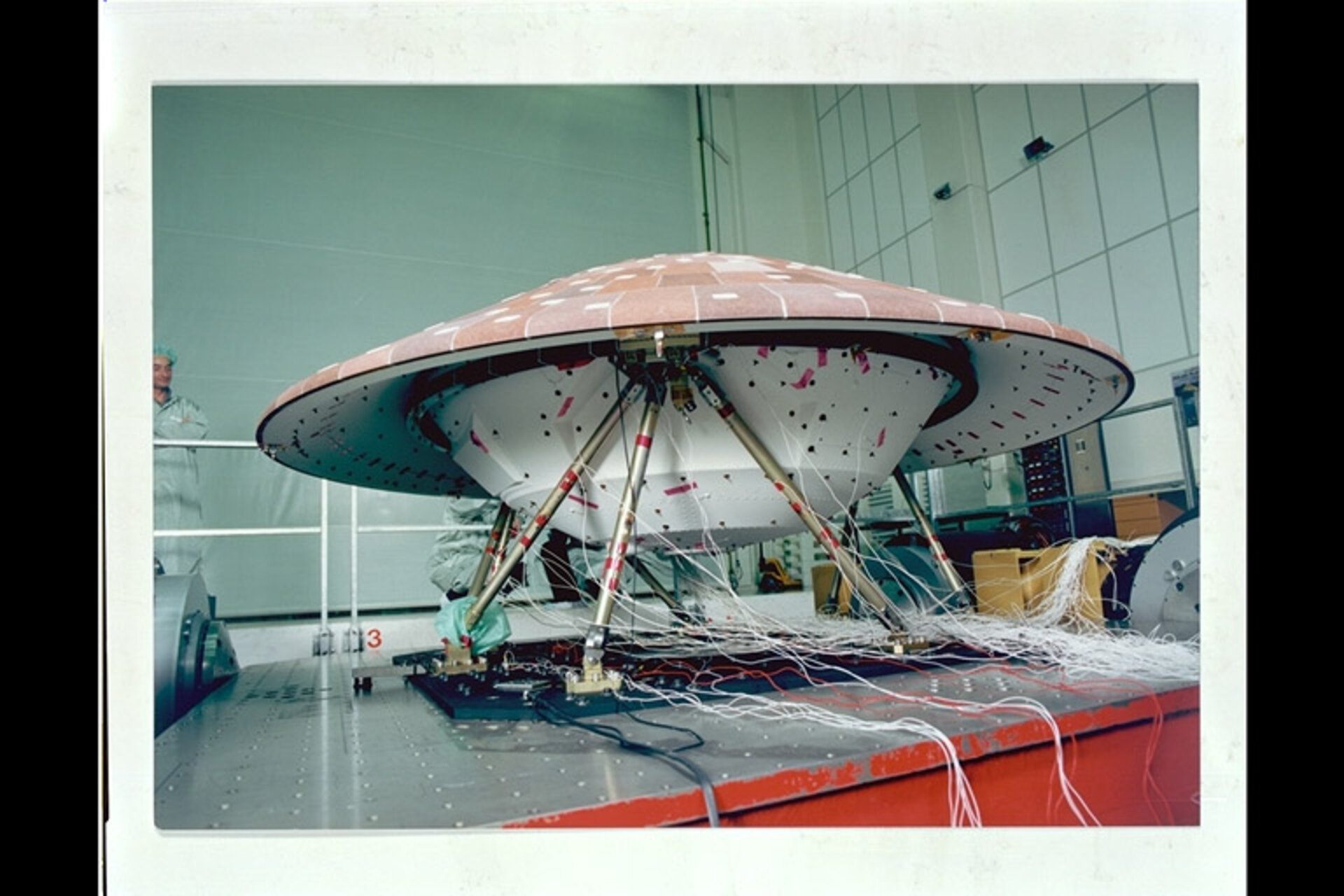 The Probe is shown instrumented with many acceleration sensors, undergoing vibration testing without its multi-layer insulation (MLI) blanket installed. The seven supporting struts connecting the 3 separation mechanisms on the Probe to the vibrator are replicas of those which attach to the Cassini spacecraft. The white outer surface of the back cover (below) and the rear of the front shield is the covering of Prosial - a spray-on thermal insulation consisting of extremely small glass balloons in an epoxy mixture. The MLI blanket attachment points are the black buttons on the back cover and the white velcro patches on the red tiles of the front shield. [Image Date: 01-01-97] [97.05.006-004]