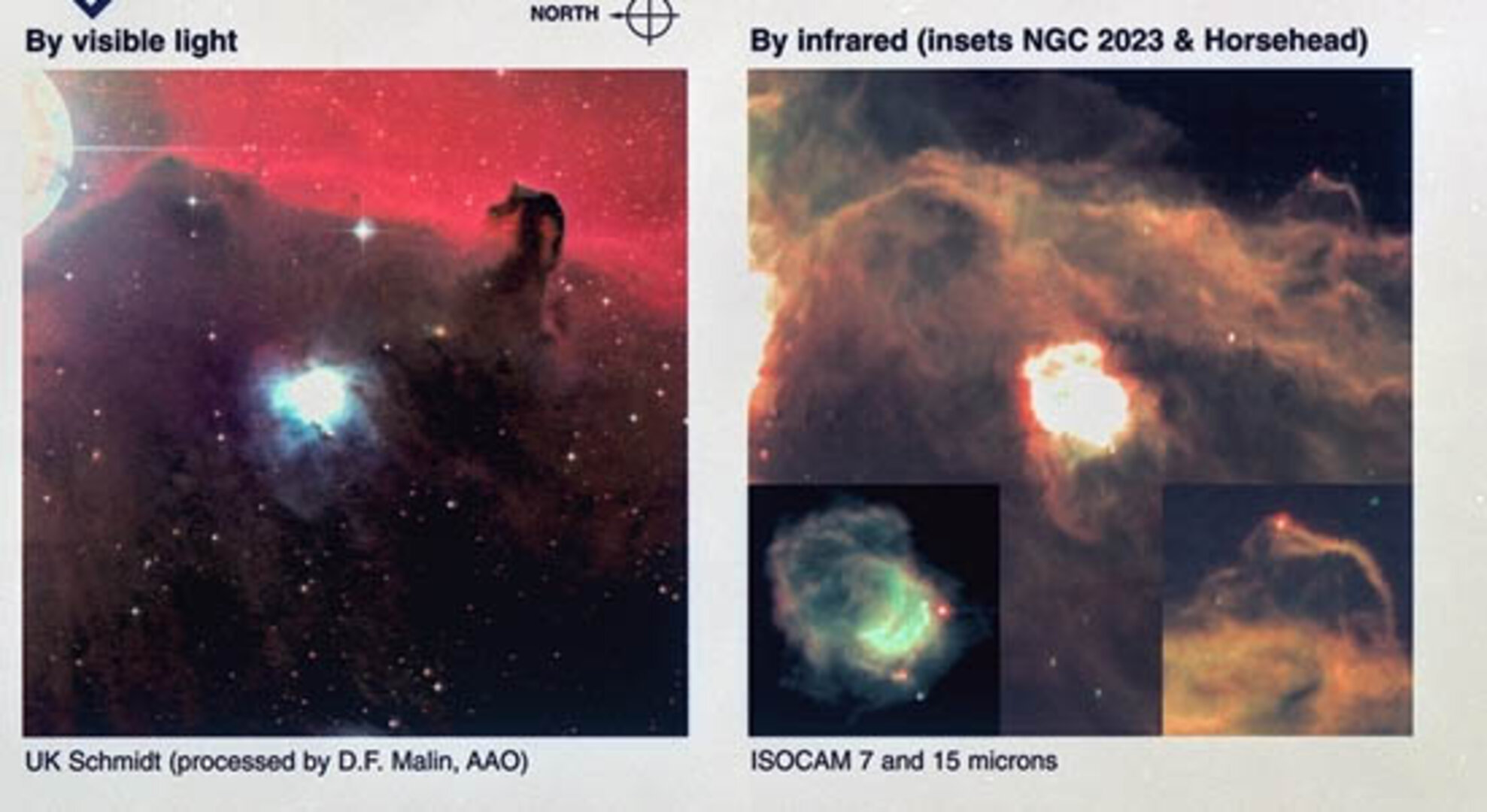 The Horsehead Nebula in Orion protrudes from a large cloud into a region brightly lit by glowing hydrogen gas. The scene changes dramatically when examined by the European Space Agency's Infrared Space Observatory, ISO. Some light regions become dark, while the dark cloud glows with filaments shining by the infrared light emitted by interstellar dust. Only the top of the horse's head remains. The bright nebula in the centre of the scene, called NGC 2023, is larger in the infrared image. Much of the infrared brightness right across the scene, including the horse's head, comes from emission by carbon compounds (polycyclic aromatic hydrocarbons, PAH). Bright dots seen in the nebula NGC 2023 and at the top of the Horsehead itself, include young, newly-formed stars detected by their infrared missions. These young stars are clearer in the inset images, where different intensity scales favour the relatively cool young (red) stars. The infrared images are composed from observations by ISO's ISOCAM camera at wavelengths of 7 and 15 microns. Comparisons of the intensities of point-like objects at different infrared wavelengths provide a powerful means of identifying young stars hidden in the dense, dusty clouds in which they are born. The observations of the Horsehead Nebula and its surroundings form part of a programme of research by a team of astronomers from Sweden, France, Italy, the UK and the European Space Agency, who are making a census of young stars in selected regions. The Horsehead region is part of a gigantic star-making cloud that includes the Orion Nebula. It is in a sector of the sky that ISO would have been unable to view if the spacecraft's operating life had not been extended by the excellent performance of its liquid-helium cooling system. [Image Date: 1998/04] [98.04.006-001]