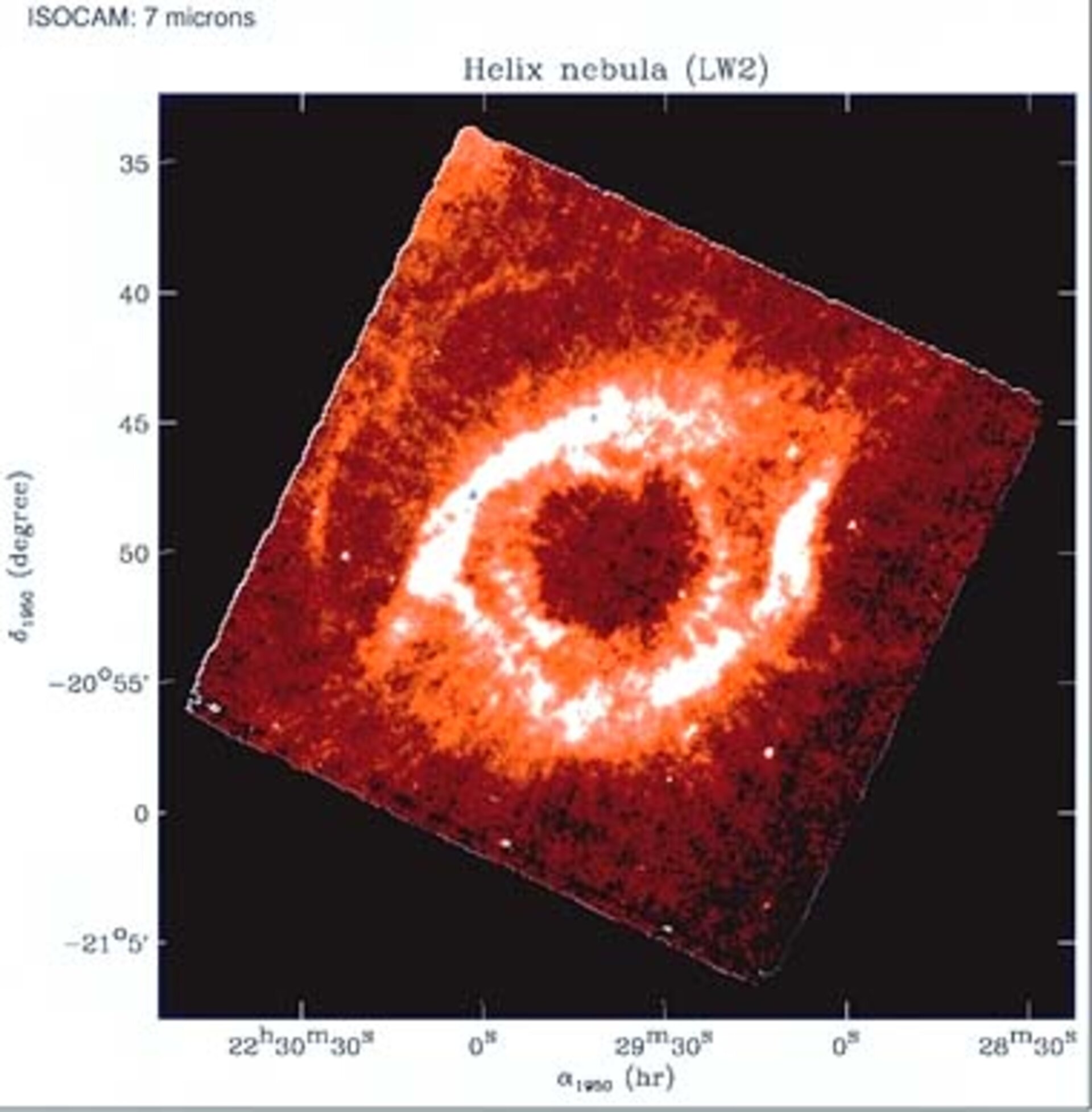 Astronomers are surprised by new observations of the Helix Nebula (NGC 7293) by ESA's Infrared Space Observatory (ISO). This planetary nebula consists of shells of gas and dust ejected when a star of moderate size, similar to the Sun, ran out of fuel. The star blew off its outer layers, forming the nebula, and the inner pert of the star collapsed to create a white dwarf star. The unexpected news from ISO is that the Helix Nebula has purged itself of much of its dust. Pierre Cox of the Institute d'Astrophysique Spatiale in Orsay, France, leads the ISO investigation of this object by a team of French, American, Dutch and Spanish astronomers. They expected to find dust, because it is commonplace in the outer layers of dying stars. Nevertheless, ISO, using its special ability to identify dusty materials by their characteristic infrared emission, has established that the Helix Nebula contains no small dust grains. Cox and his colleagues believe that during the lifetime of the nebula (a few thousand years) the grains have been destroyed by powerful UV rays emitted by the very hot dwarf at the centre of the nebula. As a result, in this image of the Helix Nebula obtained by ISO camera ISOCAM at a wavelength of 7 microns, the infrared emission comes not from dust but from molecular hydrogen gas. At first glance, the image looks like pictures of the nebula in visible-light. The shells appear as rings because more of the emitting material is concentrated along tangential lines of sight. Other stars are seen as bright dots, through the nebula. Details revealed in the ISO image include an outer shell, blown off from the star before its final death throes. The radial streaks are also remarkable. Notably absent is the central white dwarf star. This is seen in visible light, but it is so hot that is emits very little of its radiation in the infrared. [Image Date: 01-07-97] [97.08.001-003]