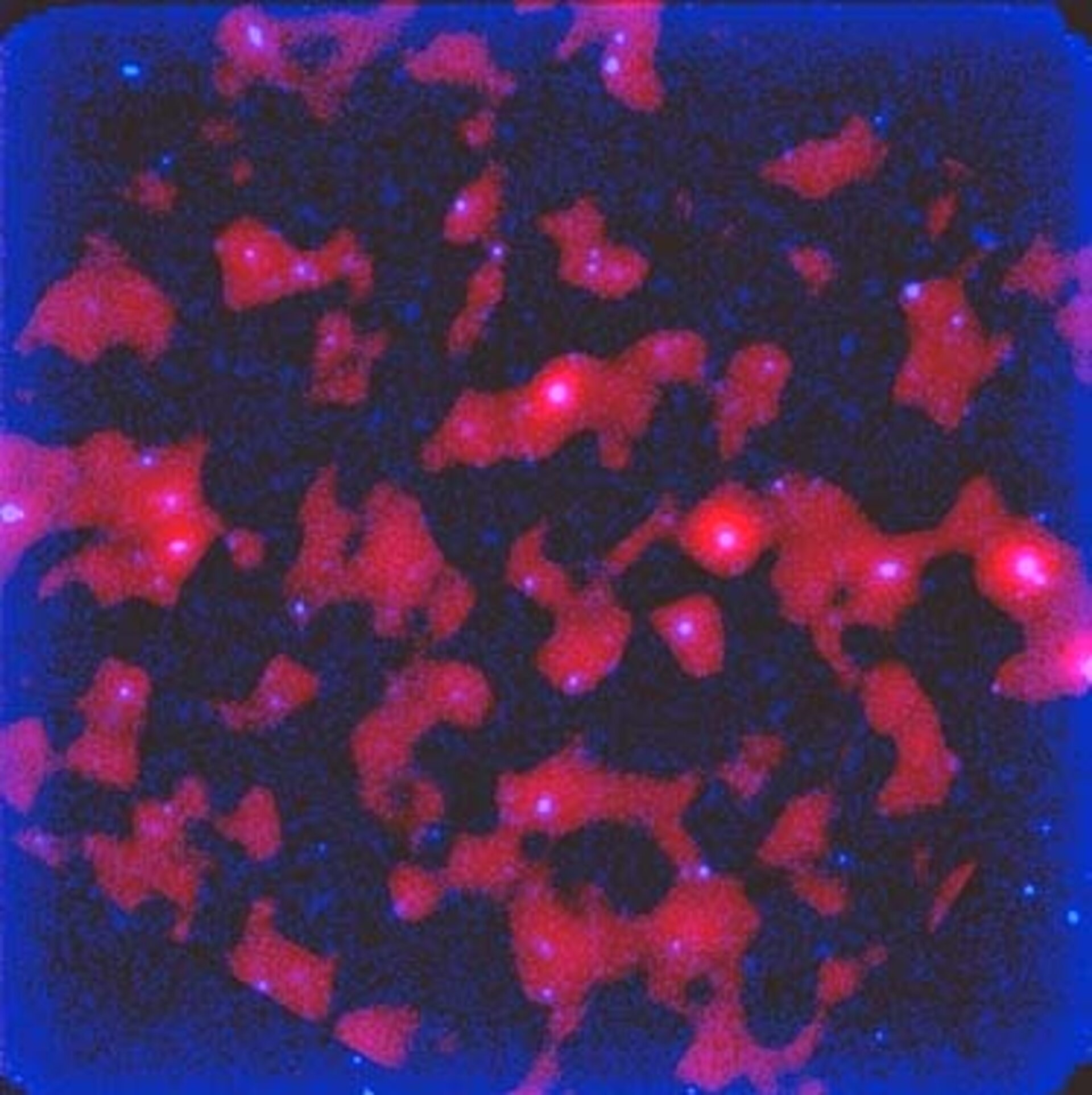 Intense infrared emissions detected by ESA's Infrared Space Observatory (ISO) tell of feverish episodes of star-making in progress in far-flung galaxies. ISO's observations at an infrared wavelength of 7 micron are depicted in red in this image. They are superimposed on blue spots that represent detections of galaxies at a near-IR wavelength of 2 micron, using the ground-based 2.2-m telescope in Hawaii. ISO picks out the galaxies most energetic in the infrared. Remarkable for astronomers is the high proportion of galaxies in which starbursts occur. In this small patch of sky, only one-twentieth of a degree wide, at least 27 galaxies clearly show the excess infrared emission at 7 micron attributable to starbursts. Among nearby galaxies, starbursts are comparatively rare, and they are often associated with collisions between galaxies. The objects are at distances of billions of light-years, and are estimated to be typically about half the age of our Milky Way Galaxy and its near neighbours. The depicted galaxies existed at a time when the Universe is smaller and more crowded, and collisions between galaxies were more likely. This observation by ISO strengthens a conviction among astronomers that many galaxies have evolved significantly during their histories, perhaps as a result of violent encounters. The galaxies are seen through the Lockman Hole, a window in the dust of our own Milky Way Galaxy, in the constellation Ursa Major. Other telescopes use the same window to look for the galaxies of the young Universe. ISO's camera ISOCAM was trained on the spot for more than 13 h to obtain this image of the faintest galaxies yet seen by ISO. [Image Date: 1997/07] [97.08.001-001]