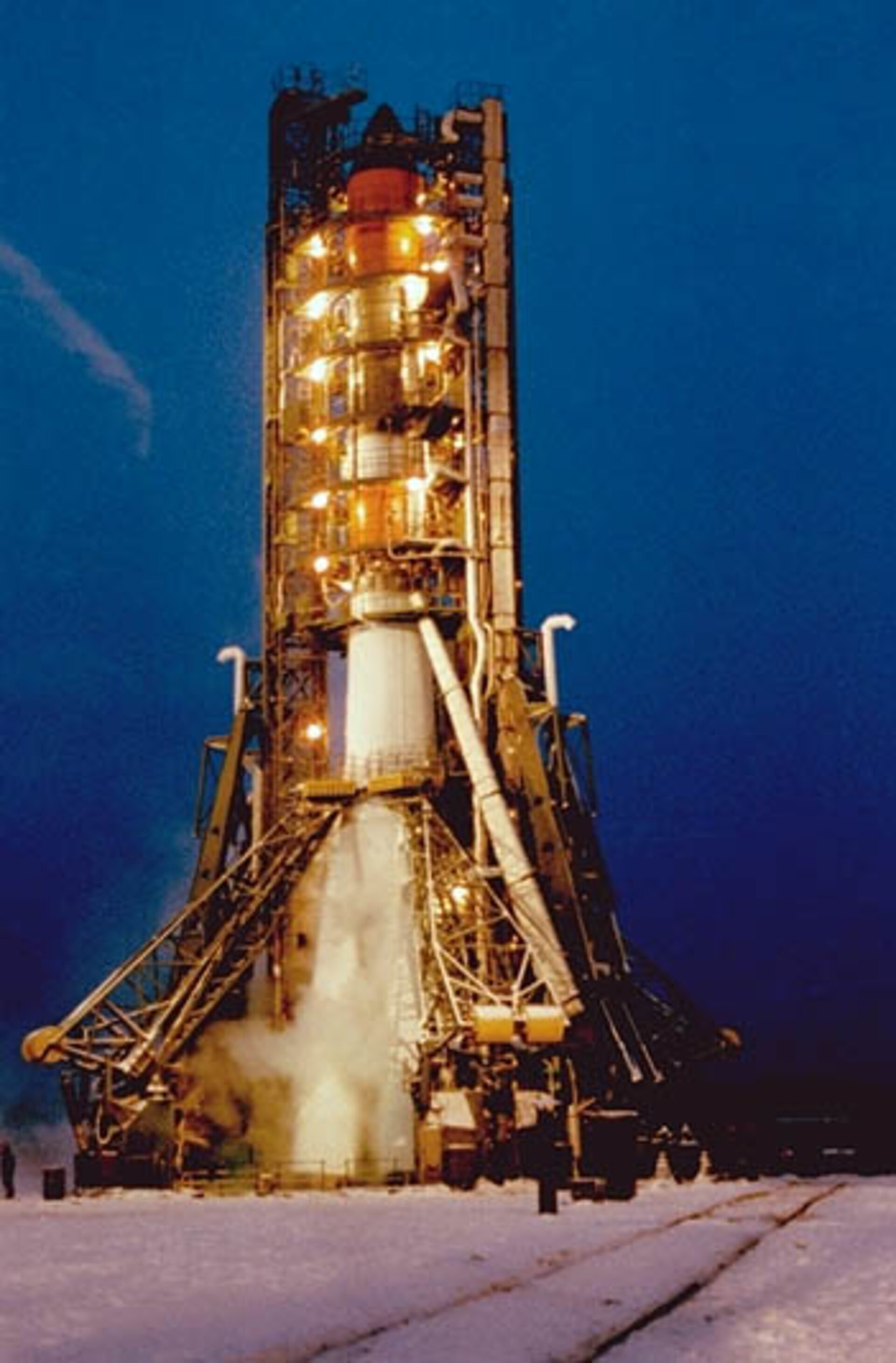 The Soyuz-U launcher for the Bion-10 (Cosmos 2229) mission only hours before liftoff from the pad at Russia's northern Plesetsk cosmodrome. The layer of ice shows the liquid oxygen tanks have been filled. The satellite carried 10 joint experiments from ESA and Moscow's Institute of Biomedical Problems (IBMP). Four of them were carried by ESA's Biobox incubator, making its first flight. Bion-10 was launched on 29 December 1992 and recovered on 10 January 1993. [Image Date: 29-12-92] [98.08.002-008]