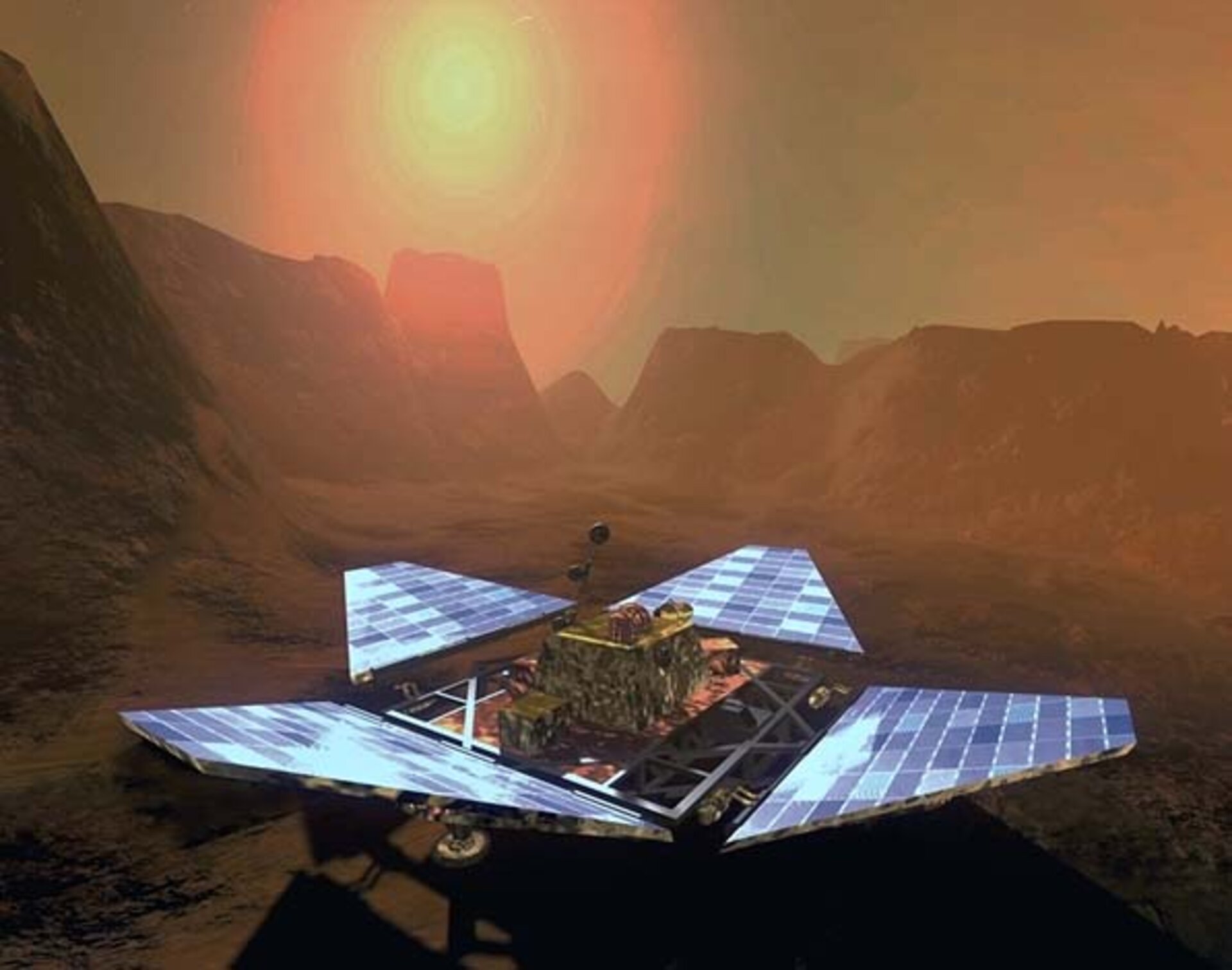 Artist's impression of a small lander that may be carried by ESA's Mars Express mission, if approved. Mars Express would be launched towards Mars in June 2003 using a Soyuz/Fregat launcher. The orbiter's seven scientific instruments include a high-resolution camera, a range of spectrometers and a radar to penetrate the martian surface. For the first time in the history of the exploration of the Red Planet, scientists could hope to detect subsurface water, whether it exists in the form of underground rivers, pools, glaciers or permafrost. Signs of life on Mars, whether extinct or alive today, could reveal themselves to instruments on the lander. The orbiter would also carry a communications package to support other international Mars lander missions. [Image Date: 1998] [99.01.004-001]