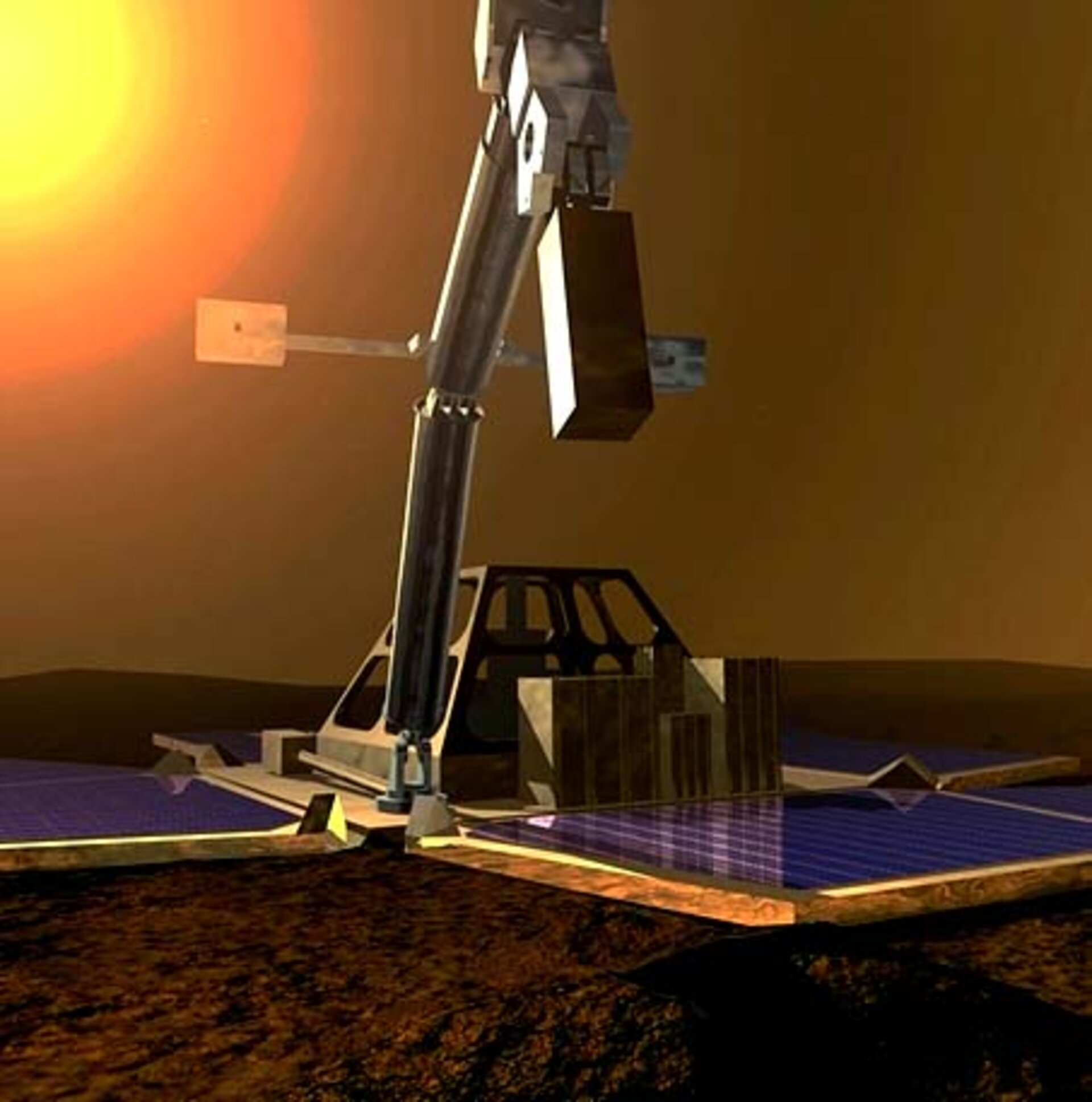 Artist's impression of the Beagle lander on the martian surface. ESA's first mission to the Red Planet is Mars Express, planned for launch in June 2003. It comprises an orbiter carrying seven scientific instruments to probe the planet's atmosphere, structure and geology, including a search for evidence of hidden water. The main spacecraft will also release the UK's small Beagle-2 lander that will gather and test rock and soil samples on the surface. As well as its science objectives, Mars Express will also provide relay communication services between the Earth and landers deployed on the surface by other nations, thus forming a centrepiece of the international effort in Mars exploration. Mars Express is ESA's first 'Flexible' (F-class) mission. It is a pilot project for new methods of funding and managing ESA space missions, built more quickly and launched at a much lower cost than any previous mission of a similar nature. [Image Date: 1999] [99.04.005-007]