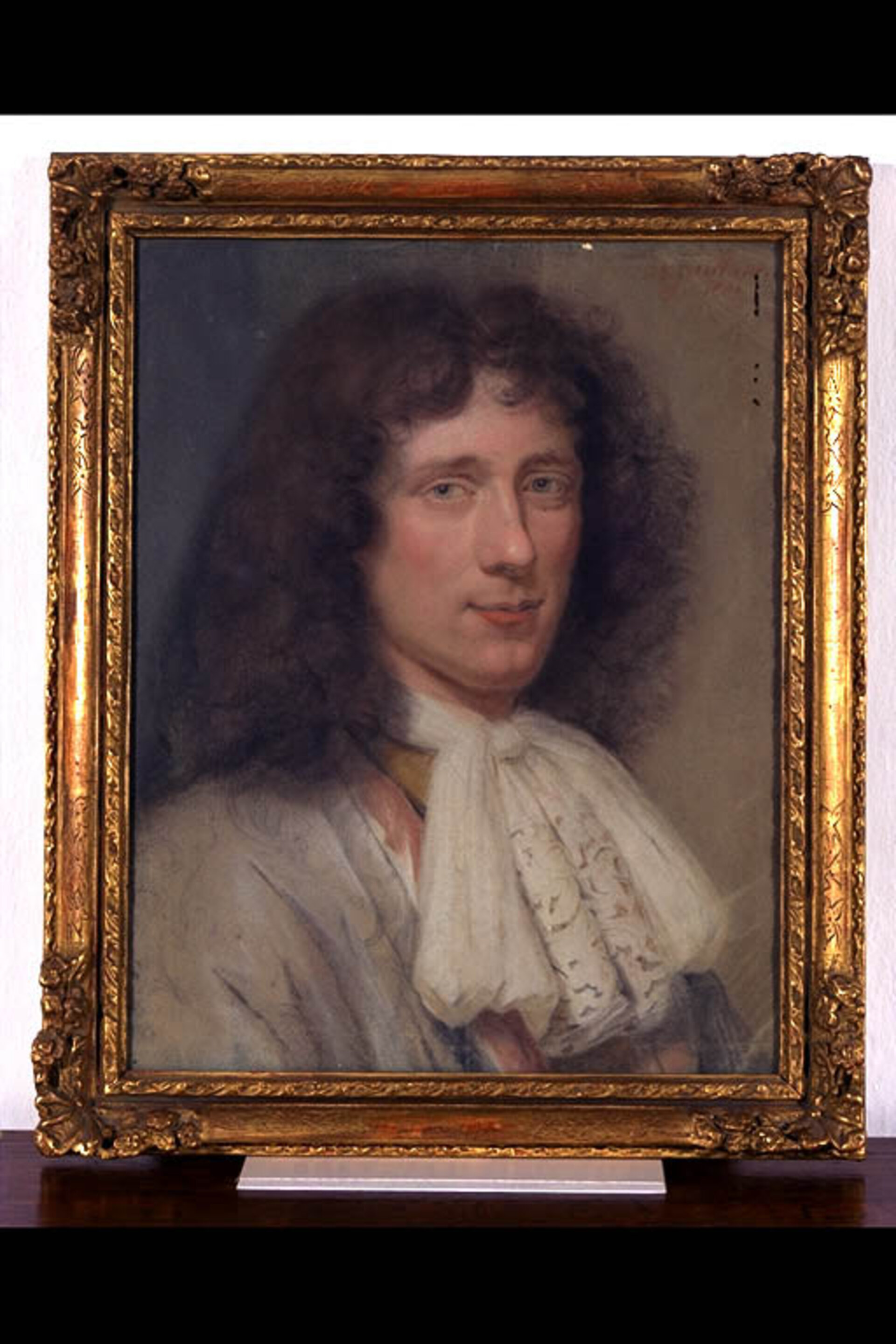 ESA's contribution to the Cassini/Huygens mission to Saturn is the Titan atmospheric probe, named Huygens after the eminent Dutch scientist.Huygens, in addition to his cultural pursuits, also studied law and mathematics, and conducted experiments in mechanics and optics. Huygens discovered Saturn's large moon Titan in 1655, and was also the first to deduce that Saturn was surrounded by a ring. He invented the pendulum clock, the first accurate time-keeping device, and was chosen as 'primus inter pares' ('first among equals') to organise the Academie Royale des Sciences in Paris when it was founded in 1666. His contribution to mathematics, astronomy, time measurement and the theory of light are considered to be of fundamental importance.Christiaan Huygens (1629-1695) by Vaillant, (courtesy of Huygens museum Hofwyck, Voorburg, The Netherlands). [Image Date: 02-07-96] [96.07.002-001]