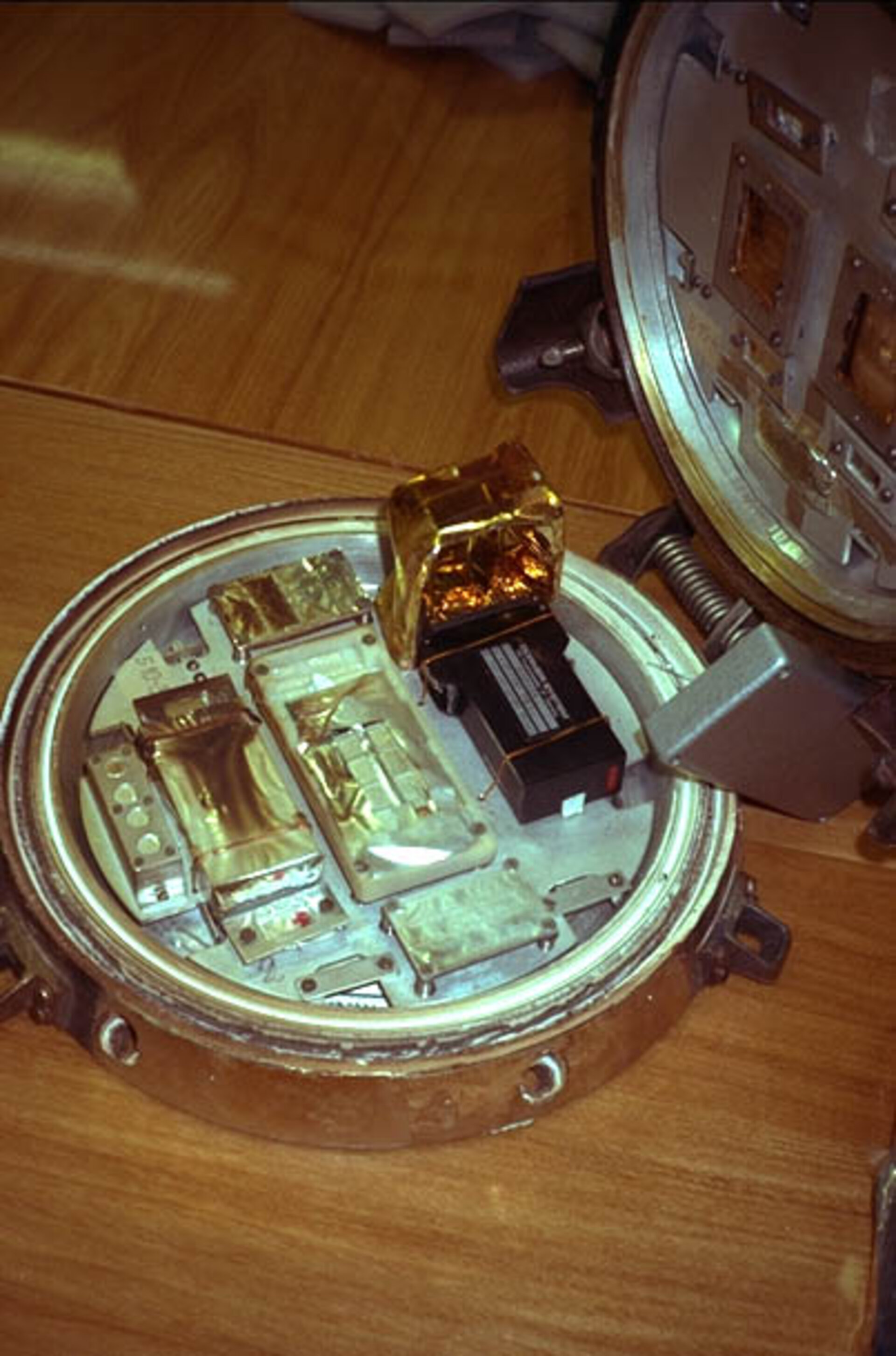 Postflight inspection of one of Bion-10's four KNA (Kontejner Nauchnoi Apparatury) facilities. The Bion capsule traditionally carries four pan-shaped KNAs on its outer surface to expose experiments mounted on two circular plates for radiation physics and radiation biology studies. The scorching on some packages indicate that some overheating must have occurred in orbit or during re-entry. The inspection took place in Moscow on 12 January 1993, 2 days after the Bion capsule touched down in Kazakhstan. Russia's Bion-10 (Cosmos 2229) life sciences mission provided the opportunity for significant cooperation between ESA and Moscow's Institute of Biomedical Problems (IBMP). The satellite carried 10 joint ESA/IBMP experiments, with four of them inside ESA's new Biobox incubator and two (SEEDS radiation biology and DOSICOS radiation dosimetry) carried by the KNAs. Bion-10 was launched on 29 December 1992 from Plesetsk and recovered on 10 January 1993. [Image Date: 12-01-93] [98.08.002-020]