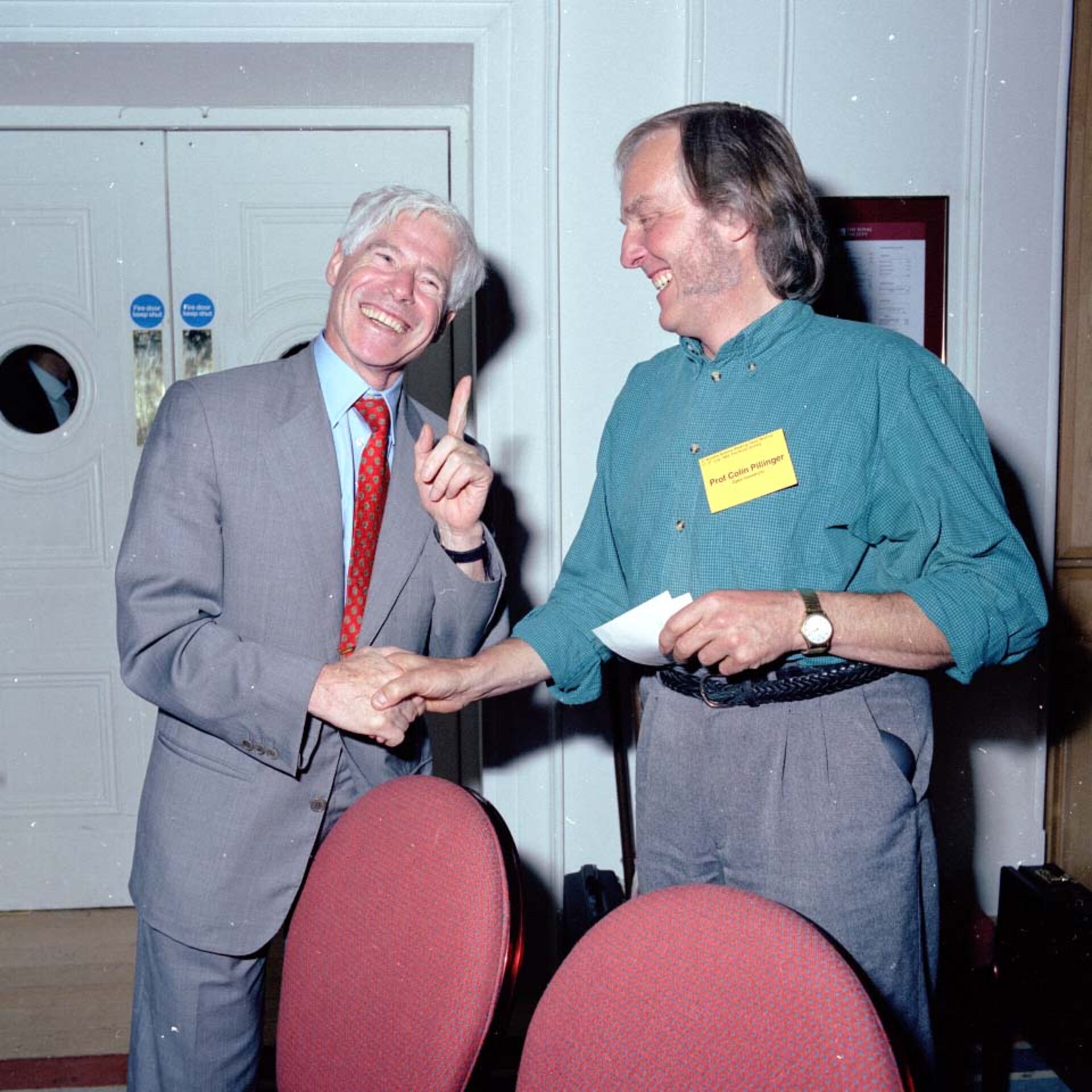 Dr Roger Bonnet (left), ESAs Director of Scientific Programmes, with Prof Colin Pillinger of The Open University, UK, at a Rosetta press event at The Royal Society in London on 1 July 1999. The event coincided with the London meeting of the Rosetta Science Working Team and the 200th anniversary of the discovery of the Rosetta Stone. Prof Pillinger is the Principal Investigator for instruments on the Rosetta main spacecraft and the comet nucleus lander. The International Rosetta Mission was approved in November 1993 by ESA's Science Programme Committee as the Planetary Cornerstone Mission in ESA's long-term programme in space science, Horizon 2000. The mission's main goal is a rendezvous beginning in November 2011 with Comet 46P/Wirtanen, but it will also study two asteroids during close flybys (Otawara 10 July 2006 and Siwa 23 July 2008) en route to the comet. Rosetta will study the nucleus of Comet Wirtanen and its environment in great detail for almost 2 years, the near-nucleus phase starting at a heliocentric distance of about 3.25 AU, from onset of activity through to perihelion, close to 1 AU. Launch is planned for January 2003 on an Ariane-5 from Kourou, French Guiana. [Image Date: 01-07-99] [99.07.003-039]