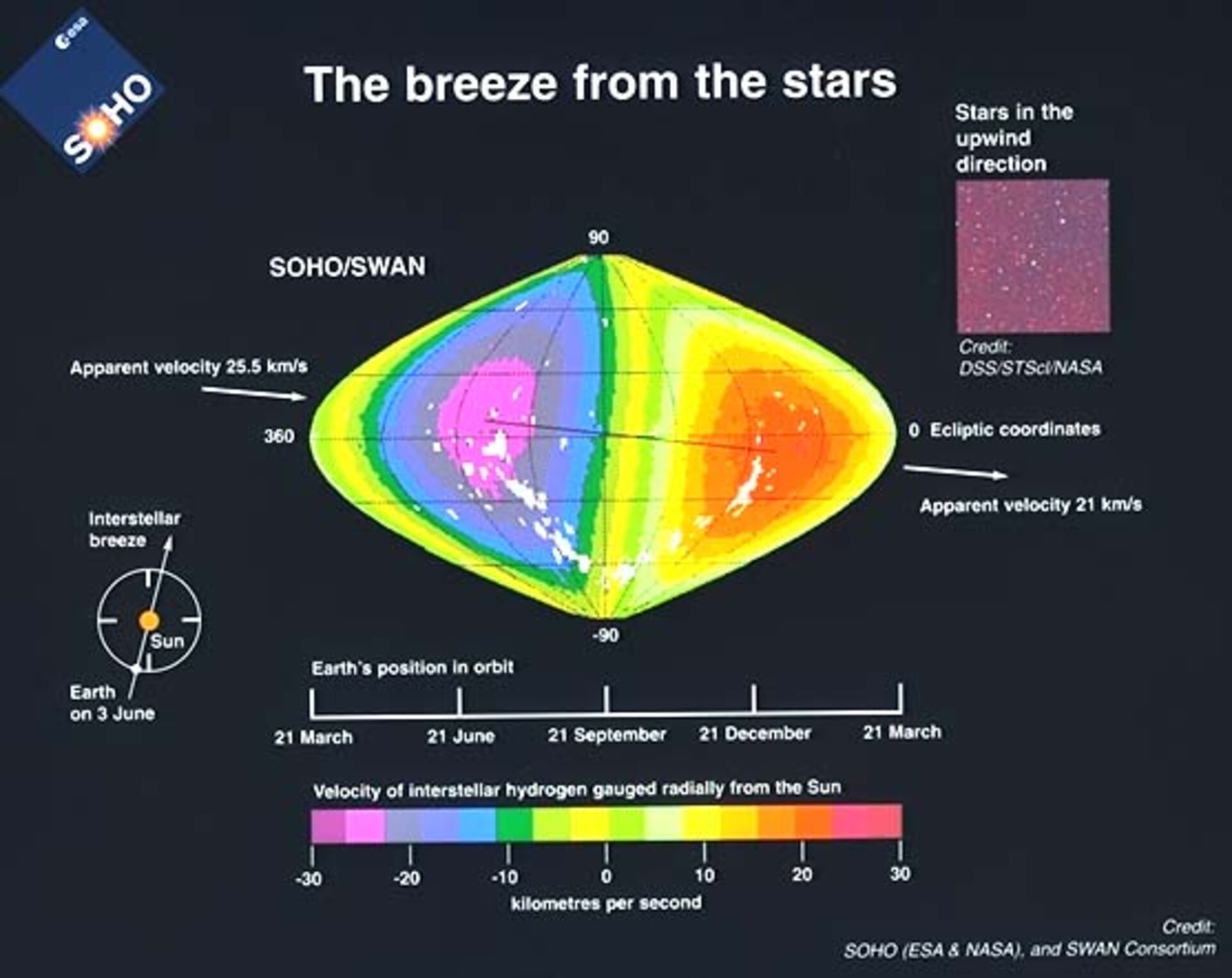 Soho: a wind-gauge for the interstellar breeze

An unprecedented chart shows the true direction and apparent speed of a breeze of atoms, mainly hydrogen, that comes from the stars and blows right through the Solar System. On ESA's Soho spacecraft, the SWAN instrument detects a characteristic ultraviolet glow filling the sky, coming from the hydrogen atoms. Small shifts in the ultraviolet wavelength reveal the speed of the breeze. On a map of the whole sky, the windspeed is shown in relation to the direction from the Sun. A high negative velocity shown in purple depicts the incoming breeze, while in the orange parts of the chart the interstellar atoms are on their way out of the Solar System. In intermediate sectors they are moving sideways in relation to the Sun, so the radial speed is close to zero. White holes in the image are stars in the Milky Way emitting the same ultraviolet wavelength. An analysis based on two years of observations with SWAN defines the direction of the interstellar breeze more accurately than ever before. The source lies in the direction of the constellation Ophiuchus, close to Scorpius, and the night side of the Earth faces the breeze directly on 3 June each year. SWAN has already charted the destruction (ionisation) of interstellar hydrogen atoms by the impact of the solar wind coming from the Sun. Downwind of the Sun, they are almost entirely destroyed. That explains the difference in apparent windspeed, incoming and outgoing. The outgoing atoms detected in this study are far away, and have survived by giving the Sun a wide berth. They give a truer measure of the windspeed than the incoming atoms, which are accelerated by the Sun's gravity. [Image Date: 1998/04] [98.04.017-002]