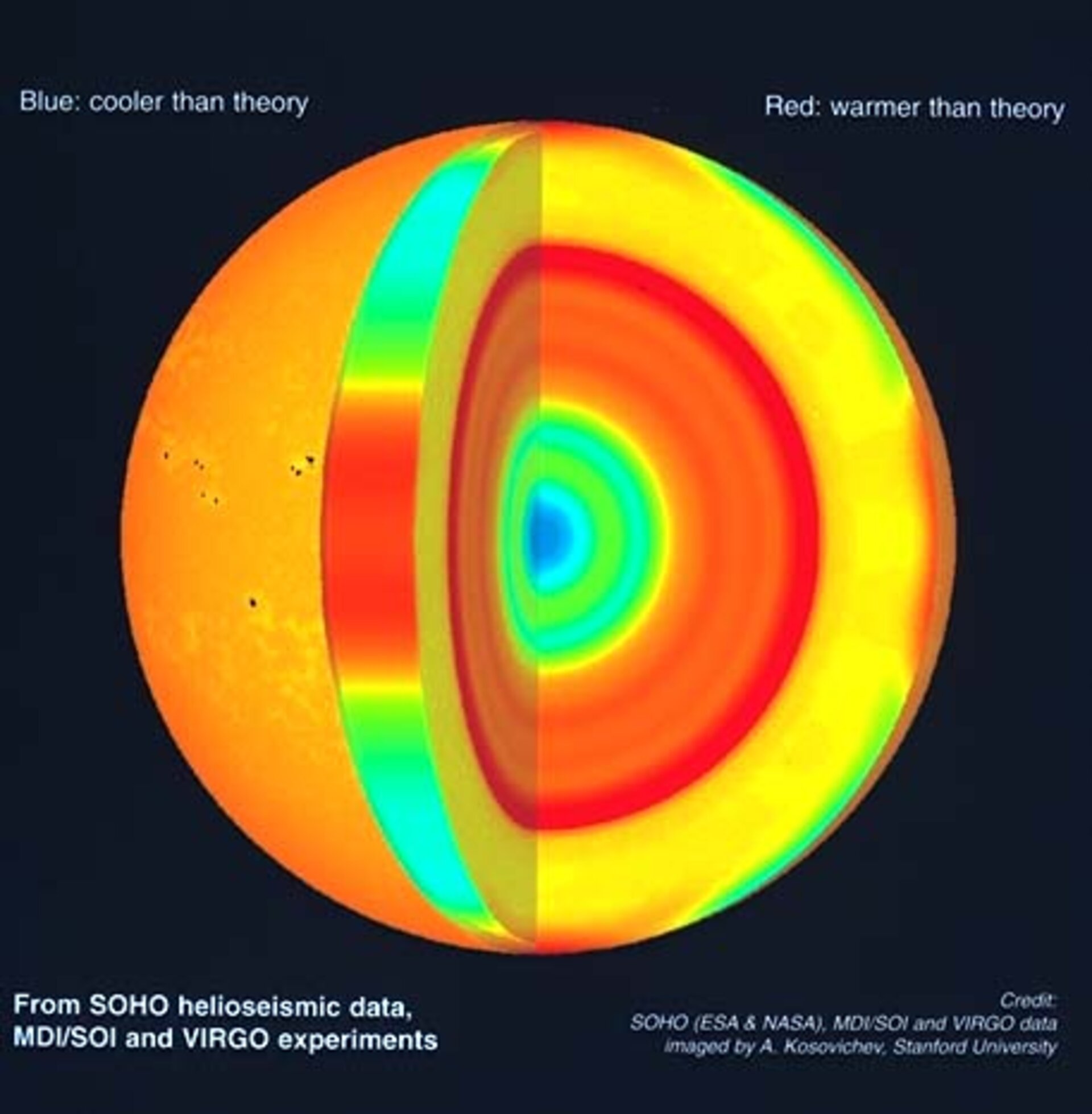 Concentric layers in a cutaway image show oddities in the speed of sound in the deep interior of the Sun, as gauged by the MDI/SOI and VIRGO instruments on ESA's Soho spacecraft. The US MDI/SOI measures vertical motions due to sound waved reverberating through the Sun, at a million points on the visible surface. VIRGO, the responsibility of a Swiss-led team, detects the solar oscillations by rhythmic variations in the Sun's brightness. In red-coloured layers, sound travels faster than predicted by the theories, implying that the temperature is higher than expected. The conspicuous red layer, about a third of the way down from the surface to the Sun's centre, suggests unexpectedly high temperatures at the transition zone between the turbulent outer region (convection zone) and the more stable region inside it (radiation zone). In this transition region, MDI/SOI has also measured a rapid change in the speed of rotation around the Sun's axis (not depicted here). Between the faster-turning outer zone and the slower interior, this shear layer may generate the magnetism that battles with the gas in the outer layer and causes frenzied activity at the visible surface - where MDI/SOI also charts sunspots (left). Resulting storms in the solar atmosphere can affect the Earth. In blue-coloured layers, the sound speed is lower than expected, and temperatures are probably lower too. Most notable in this respect is the very core of the Sun, where VIRGO suggests that the temperature may be 0.1 percent cooler that the expected 15 million degrees C. Although the discrepancy seems small, it implies that the thermonuclear reactions in the core that power the Sun could be underperforming at present. If confirmed by prolonged observations by Soho, the cool core may leave theorists wondering if the Sun varies its power-generation over long periods. [Image Date: 1998/04] [98.04.017-001]