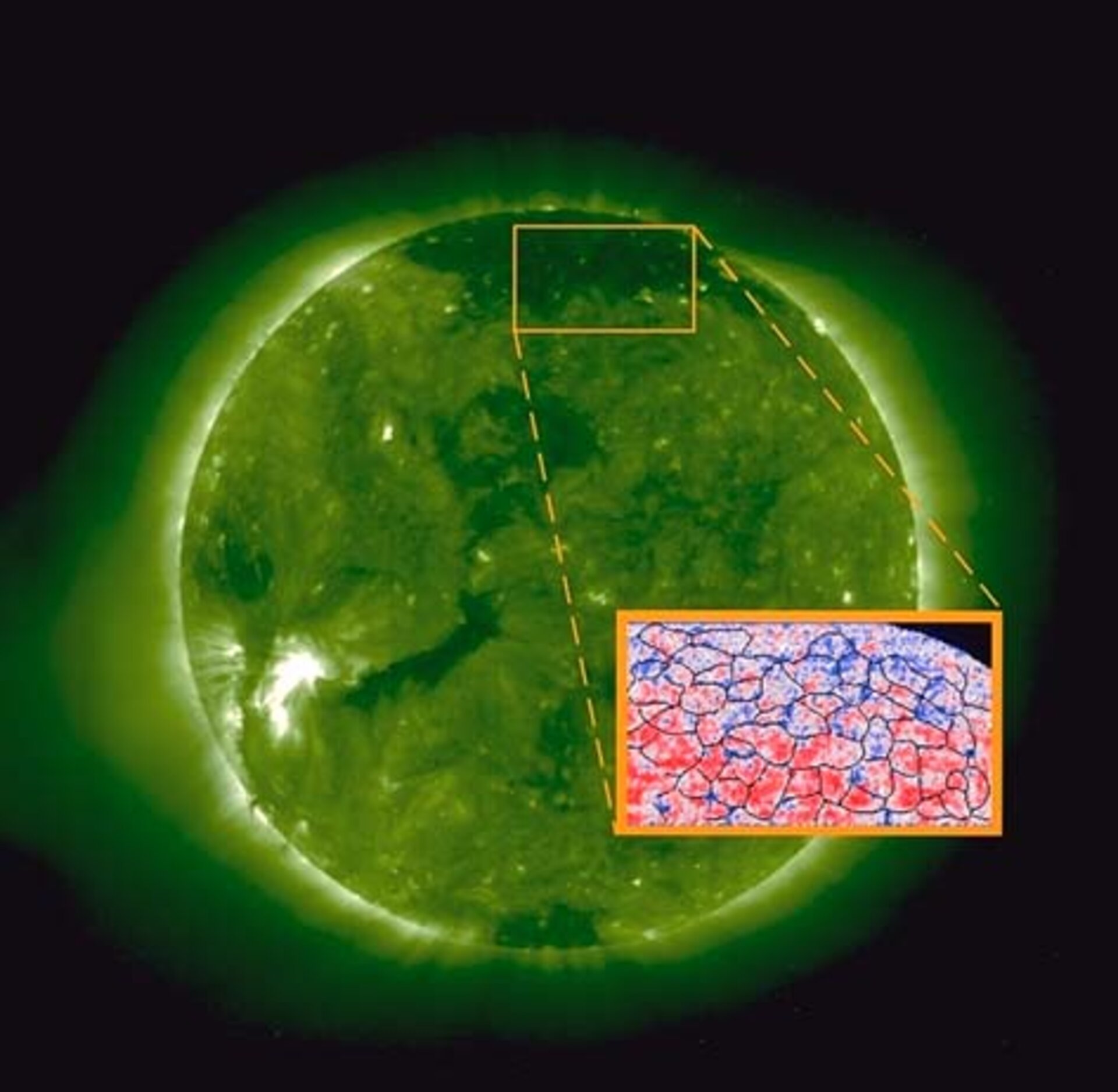 Like water gushing through cracks in a dam, the solar wind has been observed flowing around magnetic regions on the Sun to begin its 3 million km/h rush into space. ESA's Solar and Heliospheric Observatory (Soho) has observed solar wind flows coming from the edges of honeycomb-shaped patterns of magnetic fields at the surface of the Sun. These observations are presented in the 5 February 1999 issue of 'Science' magazine. The research will lead to a better understanding of the high-speed solar wind, a stream of ionised gas that affects the Earth's space environment. The search for the source of the solar wind has been like the hunt for the source of the Nile. For 30 years, scientists have observed high-speed solar wind from regions in the solar atmosphere with open magnetic field lines, called coronal holes. However, Soho's observations have only now allowed us to measure the detailed structure of this source region. The solar wind comes in two speeds [Image Date: 1999/02] [99.04.003-001]