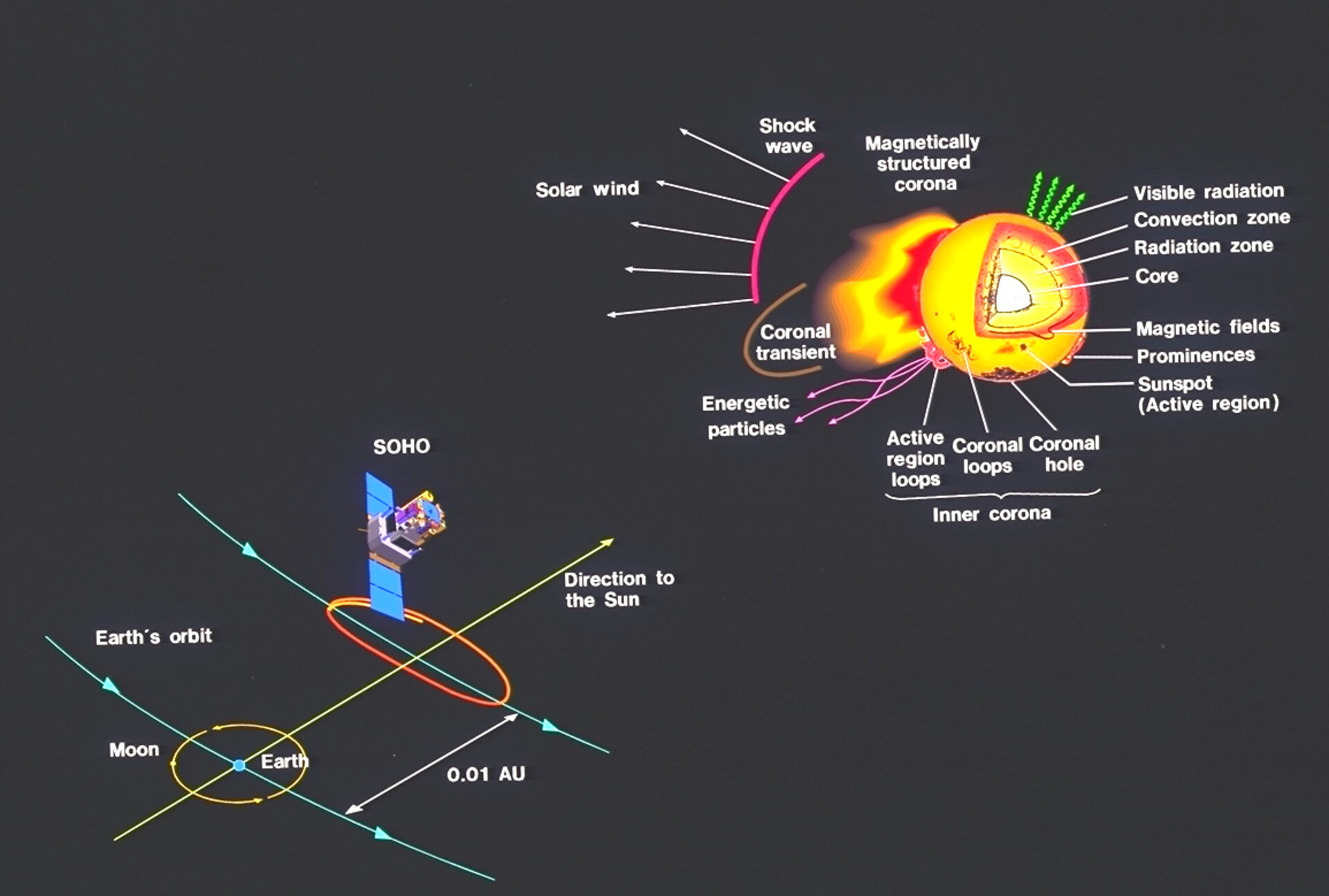 The ESA/NASA Soho spacecraft was launched on 2 December 1995 to investigate the structure and dynamics of the solar interior, the phenomena that form the hot solar atmosphere and its expansion into the solar wind. Soho is circling the so-called L1 Lagrangian point, 1.5 million km out on the Earth-Sun line, providing its scientific instruments with an uninterrupted view of the Sun. [Image Date: 1998/03] [98.03.009-001]