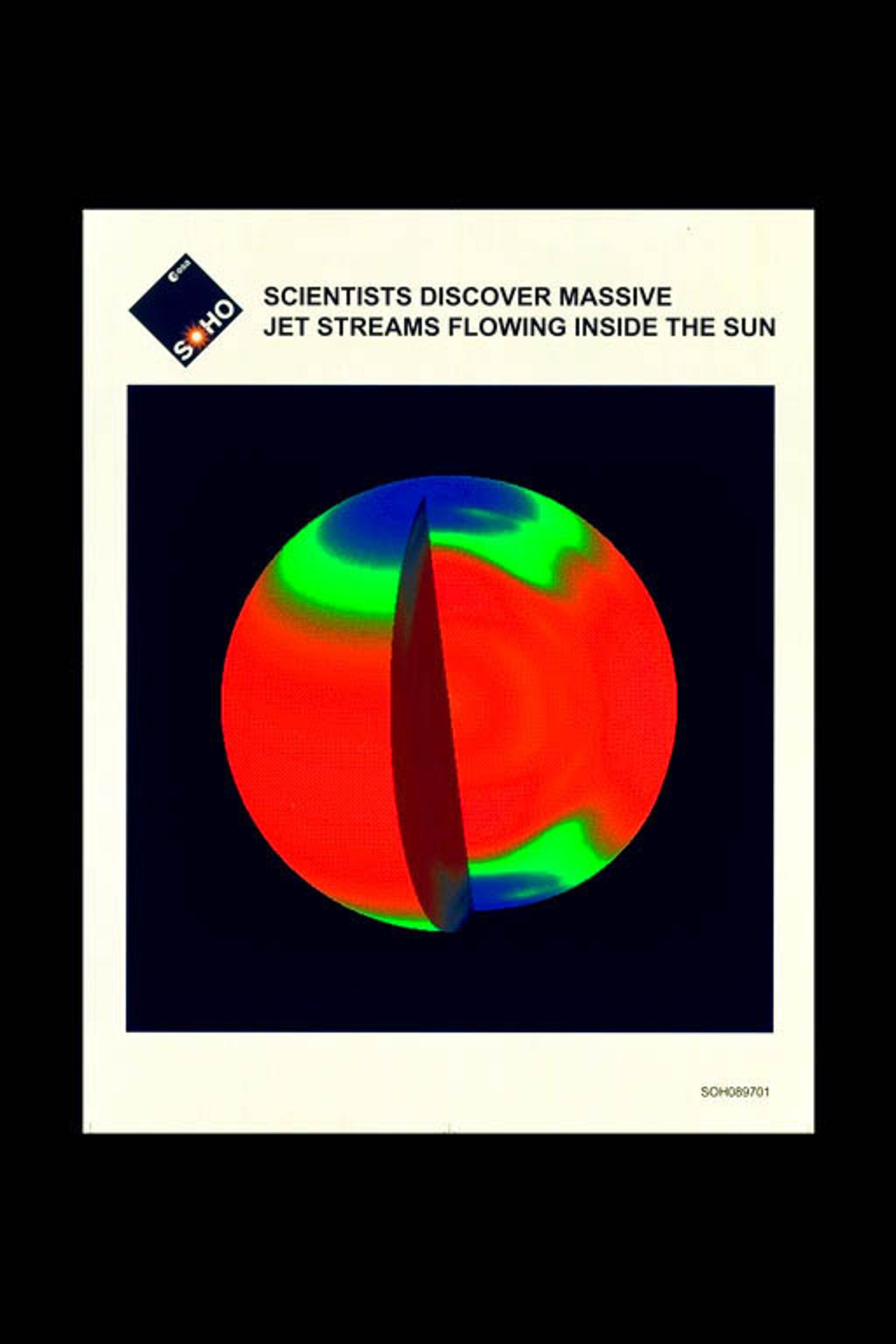 This image, derived from Michelson Doppler Imager (MDI) data from ESA's Solar and Heliospheric Observatory (Soho) spacecraft, shows difference in the speed of rotation of material in the Sun. It is made from continuous observations over a period of 12 months beginning in May 1996. The false colours represent speed; red material is rotating the fastest, dark blue, the slowest. The left side shows rotation speed at the surface; red material at the equator is moving 4800 km/h faster than the blue material at the poles. The cutaway on the right reveals rotation speed inside the Sun. The large dark red band is a massive fast flow of hot, electrically charged plasma beneath the solar equator. This plasma stream is 500,000 km wide and 200,000 km deep, moving about 4% faster than the surrounding material. Additionally, the newly discovered, but much more subtle, plasma streams can be seen in the cutaway at the poles. They are light blue areas embedded in the slower moving dark blue regions. Although much smaller than the equatorial stream, they are still immense by terrestrial standards. Each stream is about 30,000 km across, large enough to engulf two Earths. This material moves about 10% faster than its surroundings. [Image Date: 01-05-96] [97.09.006-001]