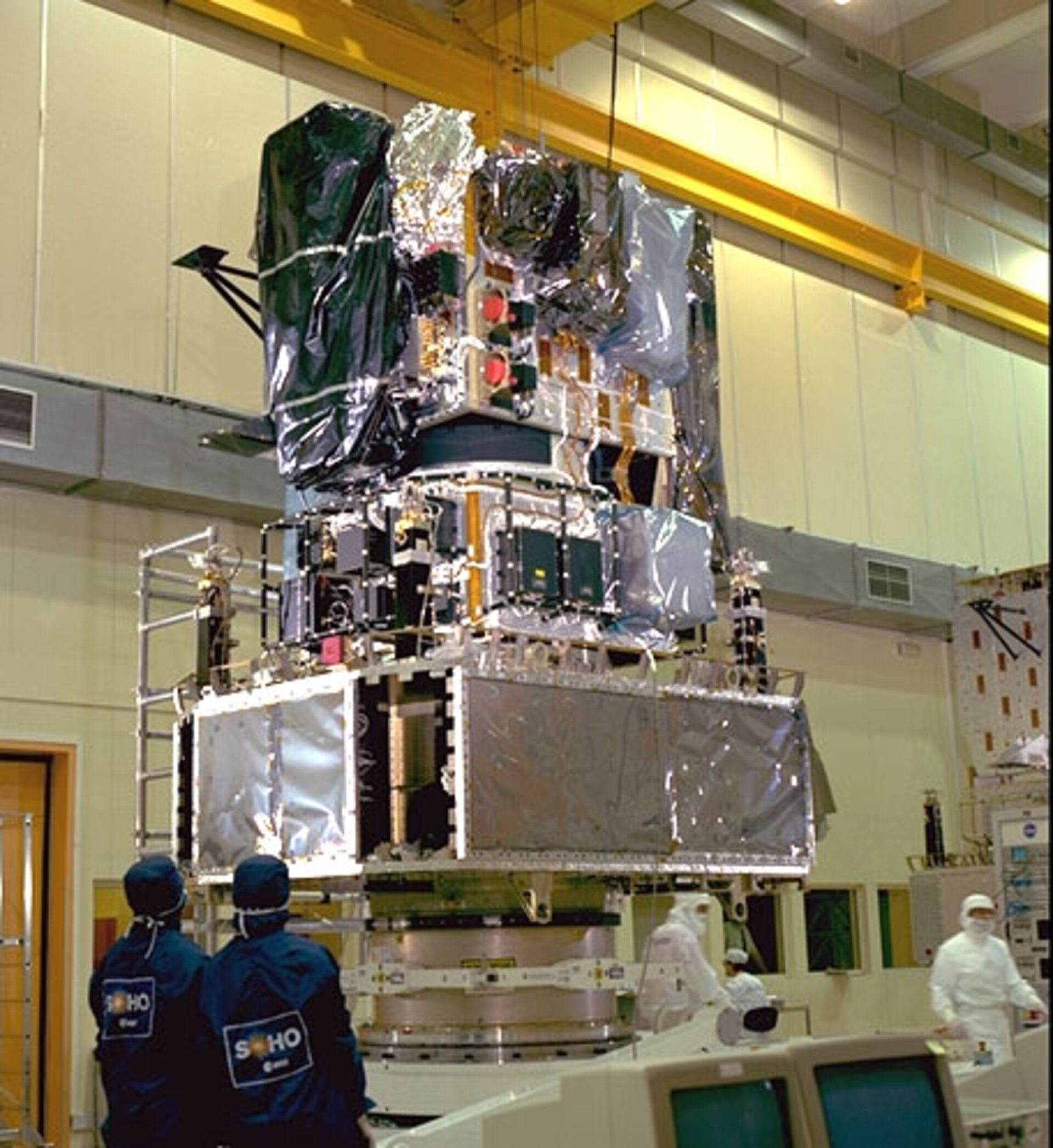 ESA's Solar and Heliospheric Observatory (Soho) at Intespace in Toulouse, France. The Payload Module (top) is being removed from the Service Module. Soho was launched on 2 December 1995 as a cooperative project between ESA and NASA to study the Sun, from its deep core, through its outer atmosphere and the solar wind out to a distance ten times beyond the Earth's orbit. Soho is providing solar physicists with their first long-term, uninterrupted view of the Sun, helping us to understand the interactions between the Sun and the Earth's environment with unprecedented clarity. [Image Date: 03-10-94] [94.10.002-013]