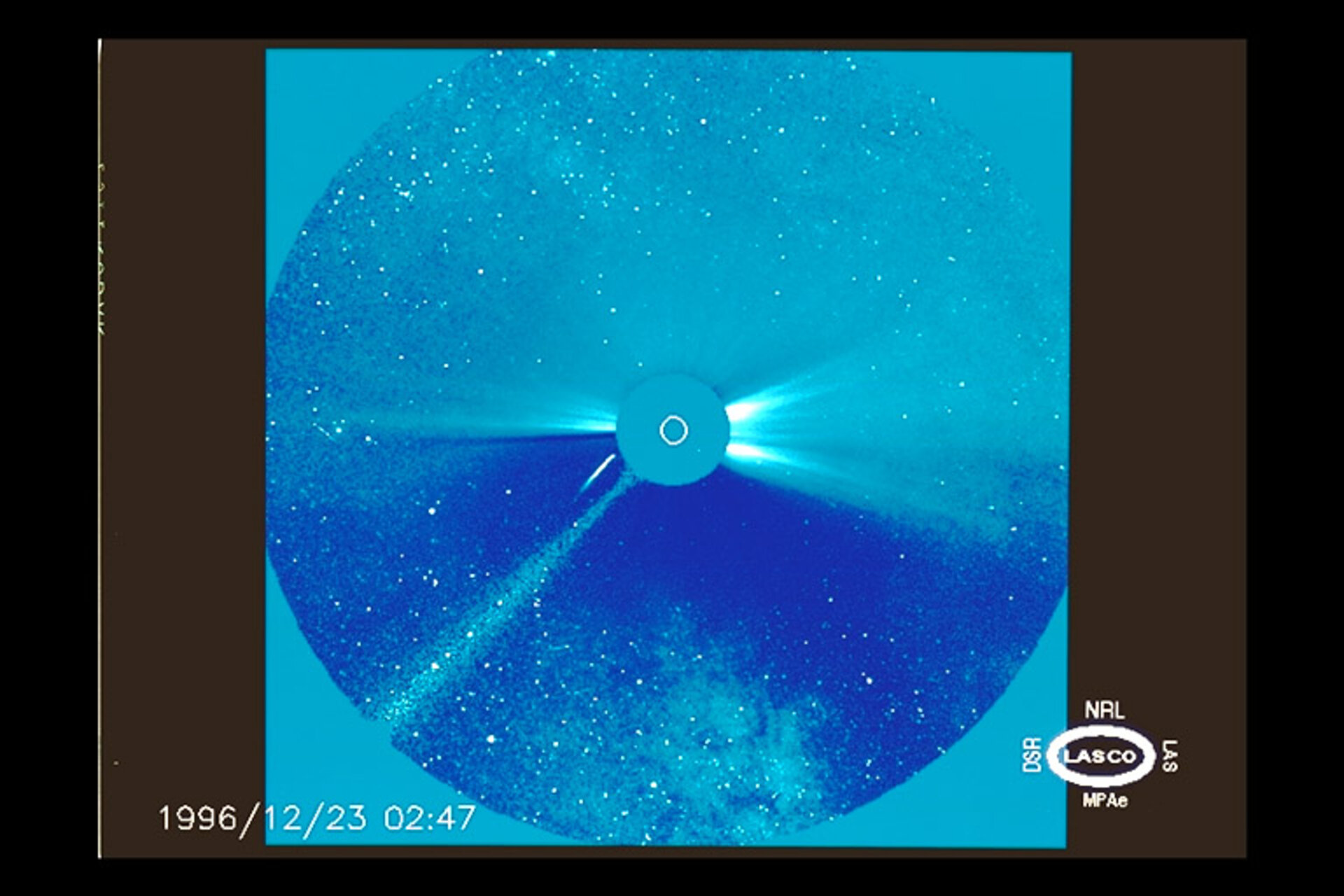 The Sun as you never saw it before

This remarkable image, showing the Sun against the constellation of Sagittarius in December 1996, comes from SOHO's visible-light LASCO coronagraph. It masks the intense rays from the Sun's surface in order to reveal the much fainter flow of the corona. Operated with its widest field of view, in its C3 instrument, LASCO's unprecedented sensitivity enables it to see the thin ionised gas of the solar wind out to the edges of the picture, 22 million kilometres from the Sun's surface. A doomed comet, previously unknown, appeared on 22 December. On 23 December it disappeared behind the occulting mask of the coronagraph; it failed to reappear on the far side of the Sun. Whether or not its trajectory took it directly towards the visible surface, the comet must have evaporated in Sun's atmosphere. It was one of a family of comets known as sungrazers, believed to be remnants of a large comet that broke up perhaps 900 years ago. The image is part of an animated sequence showing the Sun during Christmas 1996. [Image Date: 23-12-96] [97.02.002-001]