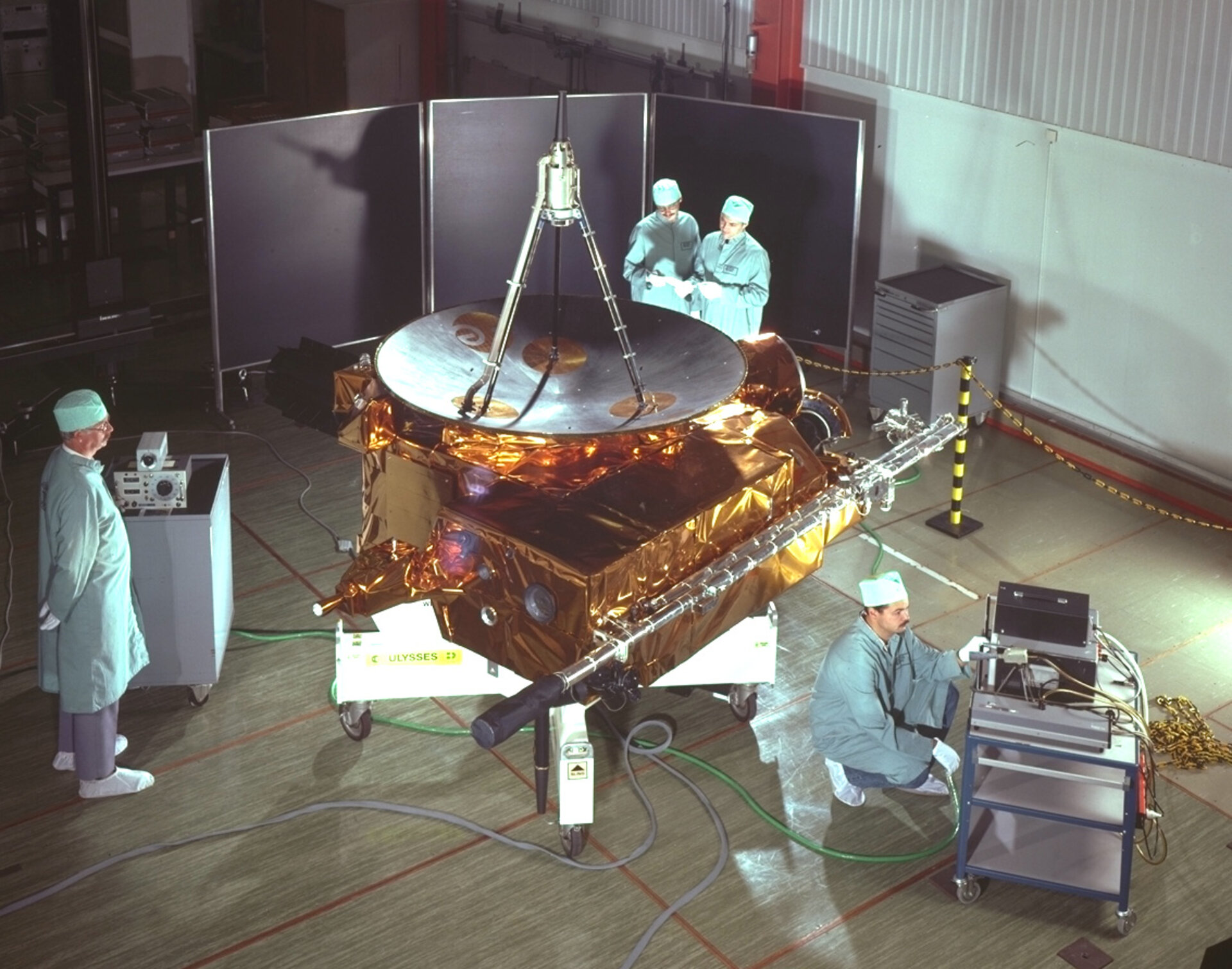 Ulysses in ESTEC's Test Centre. Ulysses is a joint ESA mission with NASA studying the interplanetary medium and solar wind in the inner heliosphere beyond the Sun's equator for the first time. Its high-inclination solar orbit took it over the Sun's south pole in 1994 and then the north pole in 1995. It is now heading back towards the Sun for a second southern solar pass above 70 deg latitude during September 2000 to January 2001, and a similar northern pass during September to December 2001. [Image Date: 1989/09] [89.09.013-002]