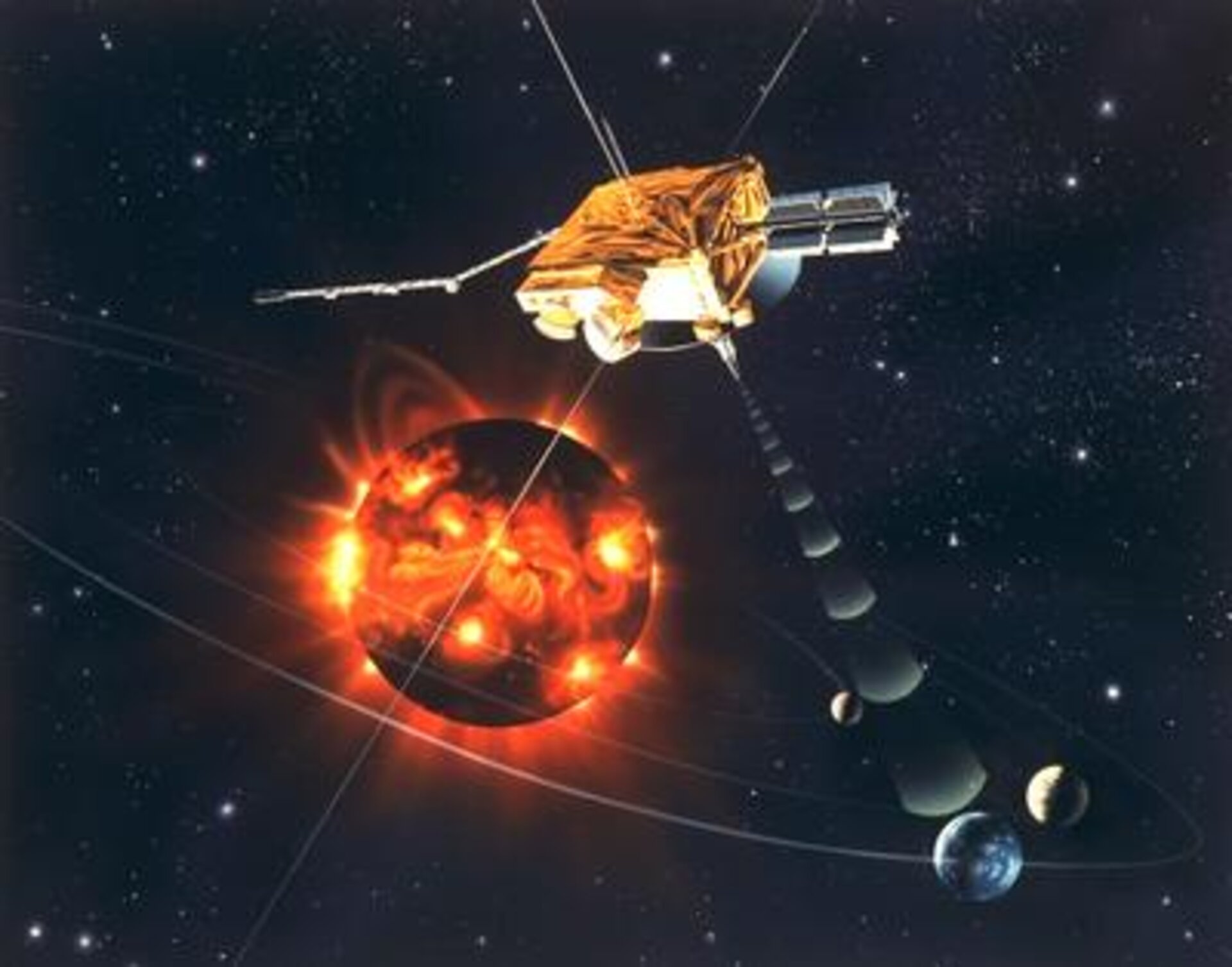 Ulysses is a joint ESA/NASA mission studying the interplanetary medium and solar wind in the inner heliosphere, beyond the Sun's equator, for the first time.

The spacecraft's high-inclination orbit around the Sun took it over the solar south pole in 1994 and then the north pole in 1995. Ulysses then made a second southern solar pass above 70º South during September 2000 to January 2001, and a similar northern pass during September to December 2001. On 17 November 2006, the spacecraft started its third passage over the Sun's south pole.

Ulysses' high-gain antenna points continuously towards Earth, returning data for eight hours every day as it investigates the Sun's domain.