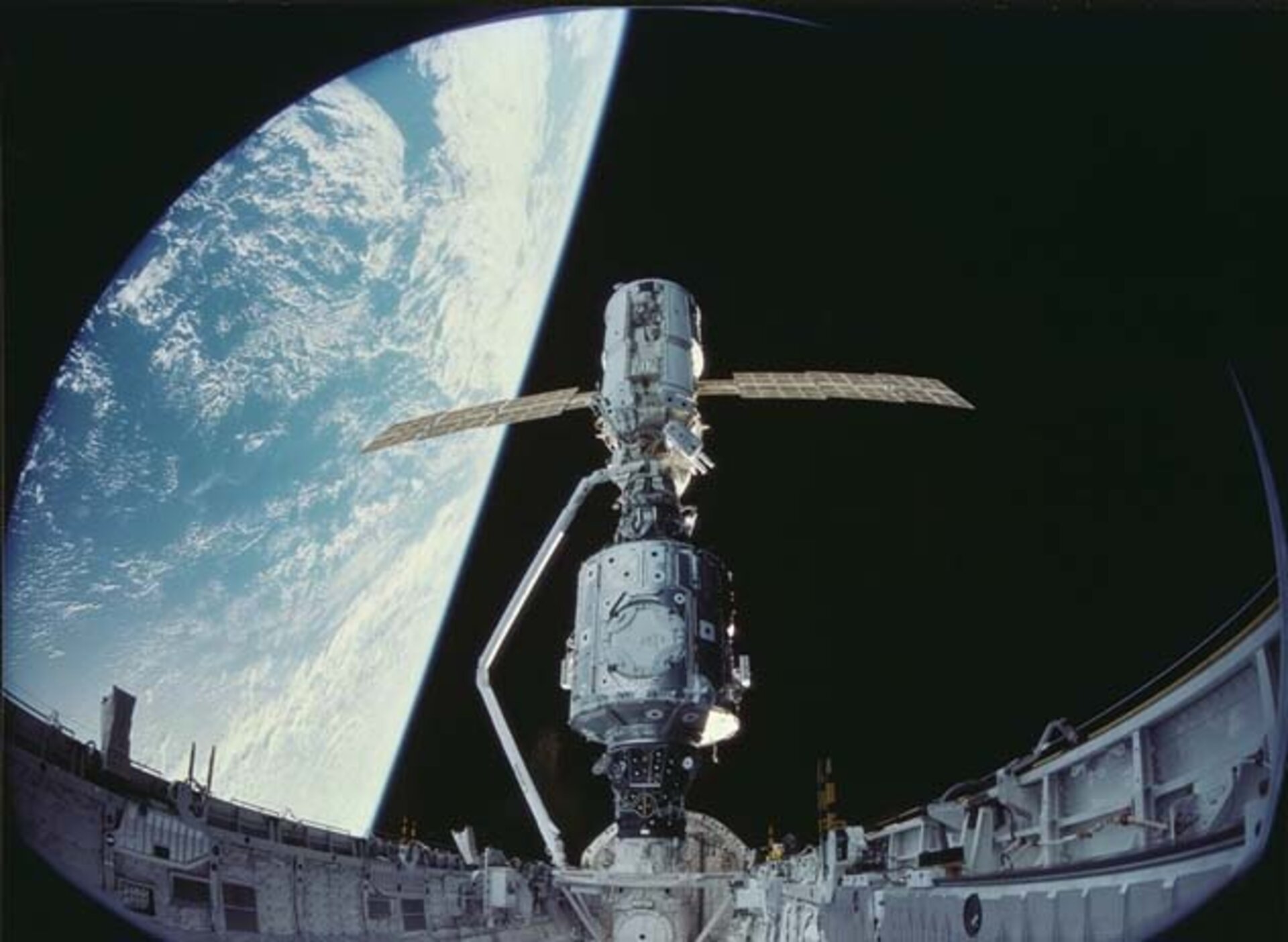 Space Shuttle Endeavour and the Unity Node-1 (bottom) dock with the Zarya module on 7 December 1998 during the STS-88 Shuttle mission. The first module of the International Space Station (ISS), the Russian-built, US-financed Zarya, was launched by a Proton rocket from the Baikonur Cosmodrome in Kazakhstan on 20 November 1998. The Unity Node-1 module was launched aboard the Space Shuttle on 4 December 1998 as the first US element of the ISS. The Shuttle rendezvoused with Zarya on 6 December and grappled it with the Remote Manipulator System arm at 23 [Image Date: 07-12-98] [98.12.010-017]