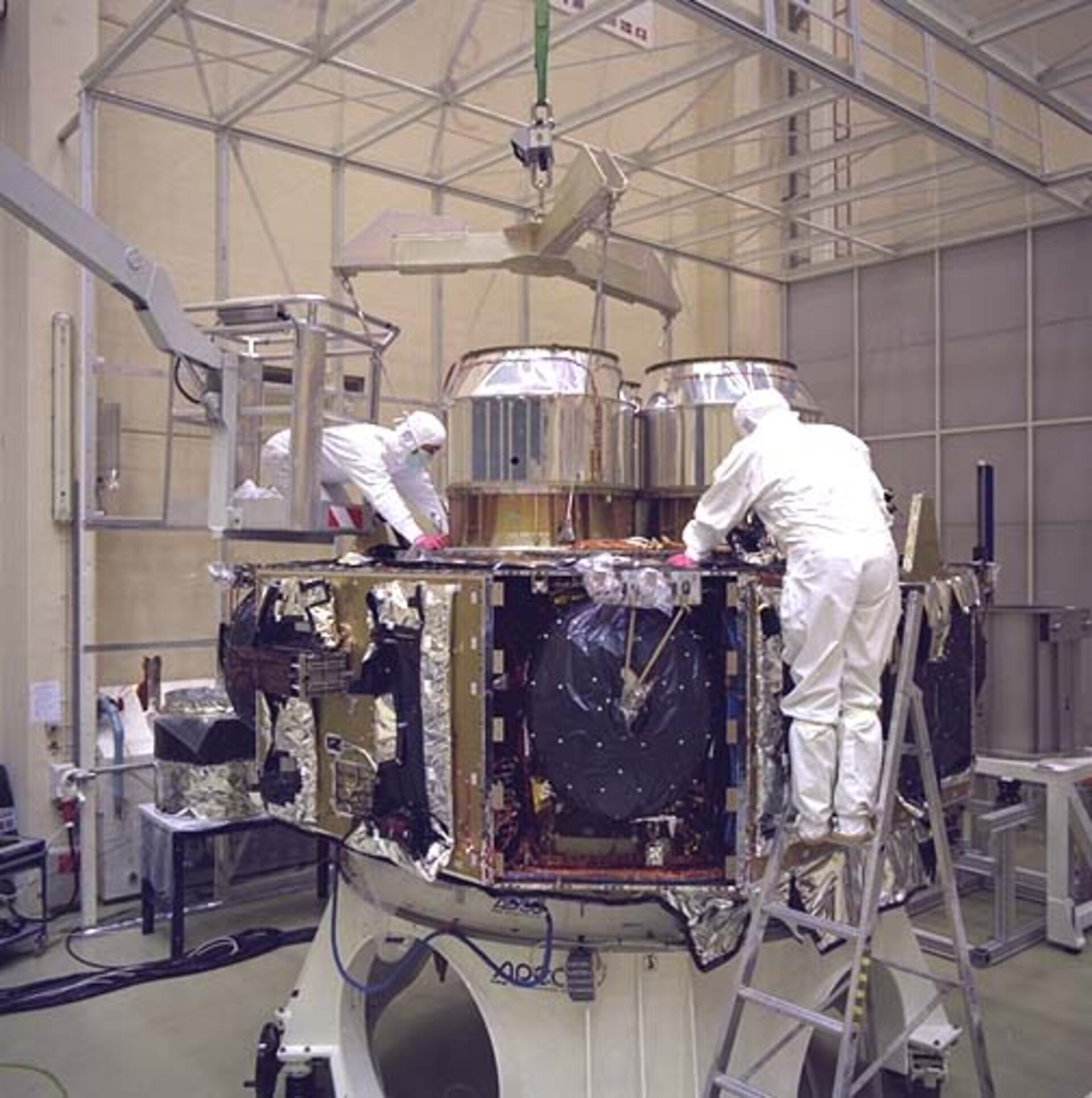 After a 4-hour road journey from Liege in Belgium, XMM's three flight model Mirror Modules, the most powerful X-ray optics in the world, arrived 5 December 1998 at ESTEC. The transfer was so important that project manager Robert Laine travelled in one of the convoy's three semi-articulated lorries. The transfer was also supervised by representatives of Media Lario in Como Italy, where the mirrors had been manufactured and Dornier Satelliten Systeme, the prime contractor for the XMM programme. The mirrors were transported in steel containers, carefully suspended to prevent any shocks, in a pure nitrogen atmosphere at a steady temperature. For the previous 30 months, each module was tested and calibrated, not only at the Centre Spatial de Liege, but at the Panter facility in Munich and at Dornier in Ottobrun, Germany. The sequence of photographs (99.02.005-071, -062, -050, -044, -033 & -031) shows the modules in ESTEC's cleanroom being removed from their protective containers and installed in the lower module of XMM's flight model. This module then underwent 10 days of thermal-vacuum testing in ESTEC's Large Space Simulator in January 1999 (see 98.12.008-122; -120; -116; -113; -101; -099). ESA's X-ray Multi-Mirror (XMM) high-throughput X-ray spectroscopy mission will be launched by Ariane-5 in January 2000. By virtue of its large collecting area and highly eccentric orbit, the 3.9-tonne XMM will make long observations of soft X-ray (100 eV to 12 keV) sources with unprecedented sensitivity. Most of the 50-200 sources in every image will be revealed for the first time. Whereas the German/US/UK Rosat mission, launched in 1990, pushed the number of known X-ray sources to 120 000, XMM will see millions. [Image Date: 1998/12] [99.02.005-044]