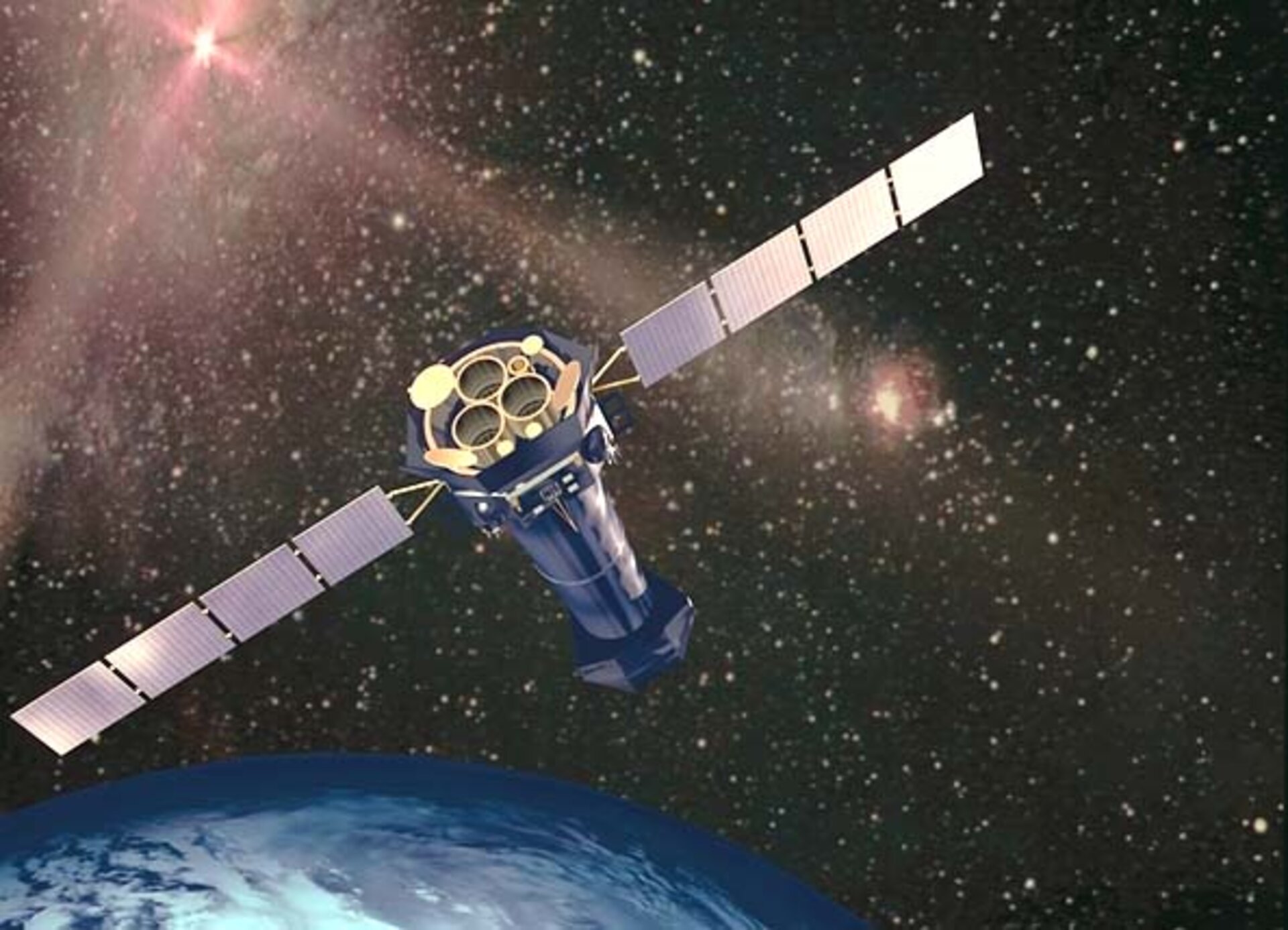 ESA's X-ray Multi-Mirror (XMM) high-throughput X-ray spectroscopy mission will be launched by Ariane-5 in January 2000. By virtue of its large collecting area and highly eccentric orbit, the 3.9-tonne XMM will make long observations of soft X-ray (100 eV to 12 keV) sources with unprecedented sensitivity. Most of the 50-200 sources in every image will be revealed for the first time. Whereas the German/US/UK Rosat mission, launched in 1990, pushed the number of known X-ray sources to 120 000, XMM will see millions. The heart of the mission is the X-ray telescope. It consists of three large mirror modules and associated focal plane instruments held together by the telescope's central tube. Each module carries 58 nested gold-coated nickel mirrors using their shallow incidence angles to guide the incoming X-rays to a common focus for imaging by the scientific instruments. One module uses the advanced EPIC camera capable of detecting rapid intensity variations down to a thousand of a second or less - important for tracking down black holes. All three EPIC cameras will measure the proportions of different X-ray wavelengths to give a broad impression of each source's spectrum. For a more thorough analysis, two telescopes will divert about 4037037630f their beams with grating stacks to diffract the X-rays, fanning out the various wavelengths on to a CCD strip. Spikes will stand out at specific wavelengths, corresponding to individual chemical elements. Besides its X-ray telescopes, XMM carries the sensitive Optical Monitor conventional telescope to observe the same sections of sky by UV and visible light so that astronomers know exactly what the satellite is observing. An exciting prospect is that XMM will be able to track simultaneously the X-ray and optical afterglow of gamma-ray bursts. XMM will confirm Europe's position at the forefront of X-ray astronomy by providing unprecedented observations of, for example [Image Date: 1998] [99.01.005-001]