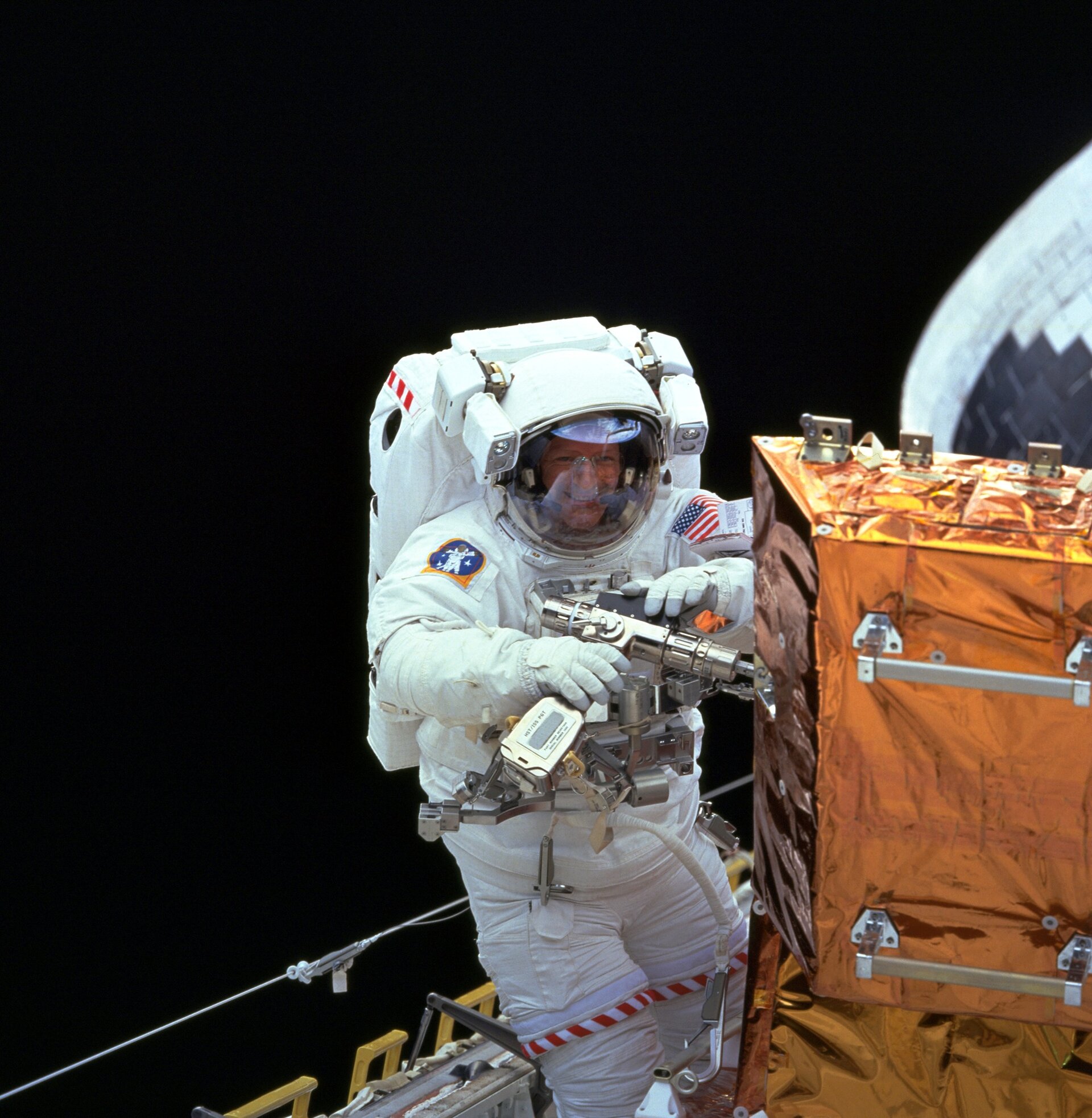 This week marks the 25th anniversary of the launch of the Hubble space telescope. Hubble was designed to be maintained and repaired by astronauts and since its launch in 1990 five Space Shuttle missions made visits.

In this picture, ESA astronaut Claude Nicollier, part of Hubble Servicing Mission 3A, is working with a power screwdriver during his spacewalk with NASA astronaut Micheal Foale, installing a camera and upgrading the main computer.

The mission’s main objectives were to replace the gyroscopes that allow Hubble to point and stay still while it captures pictures.

Months of training with a full-size mockup of Hubble and virtual reality systems prepared the astronauts for their tasks. Working at the limit of the Shuttle’s range on spacewalks – lasting more than eight hours – the astronauts and mission controllers trained as much as possible for each situation.

Working in the weightless vacuum of space, it is not surprising that things do not always go to plan but the resourcefulness of the international team on Earth and the astronauts overcame most problems. Claude had trouble installing the camera because there was more friction than expected. He eventually found a different way to slot the computer in place but the operation took an hour longer than planned.

The last servicing mission was completed in 2009 and Hubble is expected to run for many more years.