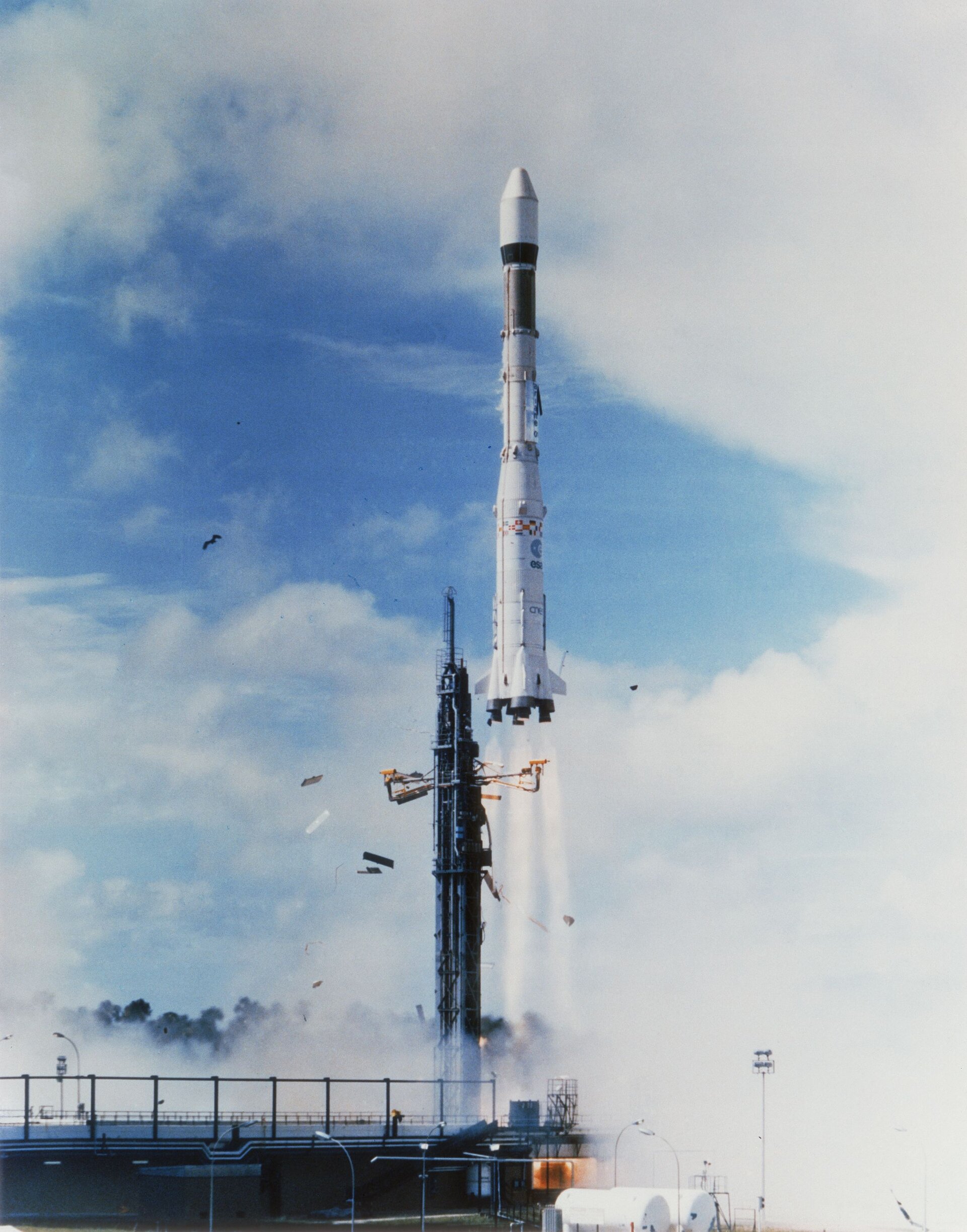 The first Ariane launcher (Ariane L01) blasted into the sky on Christmas Eve 1979. An early Christmas present for the thousands of workers throughout Europe and at Europe’s spaceport in Kourou who were involved in its development and production.

Ariane 1 was designed primarily to put two telecommunications satellites at a time into orbit, thus reducing costs. As the size of the satellites grew Ariane 1 began to give way to the more powerful Ariane-2 and Ariane-3 launchers.