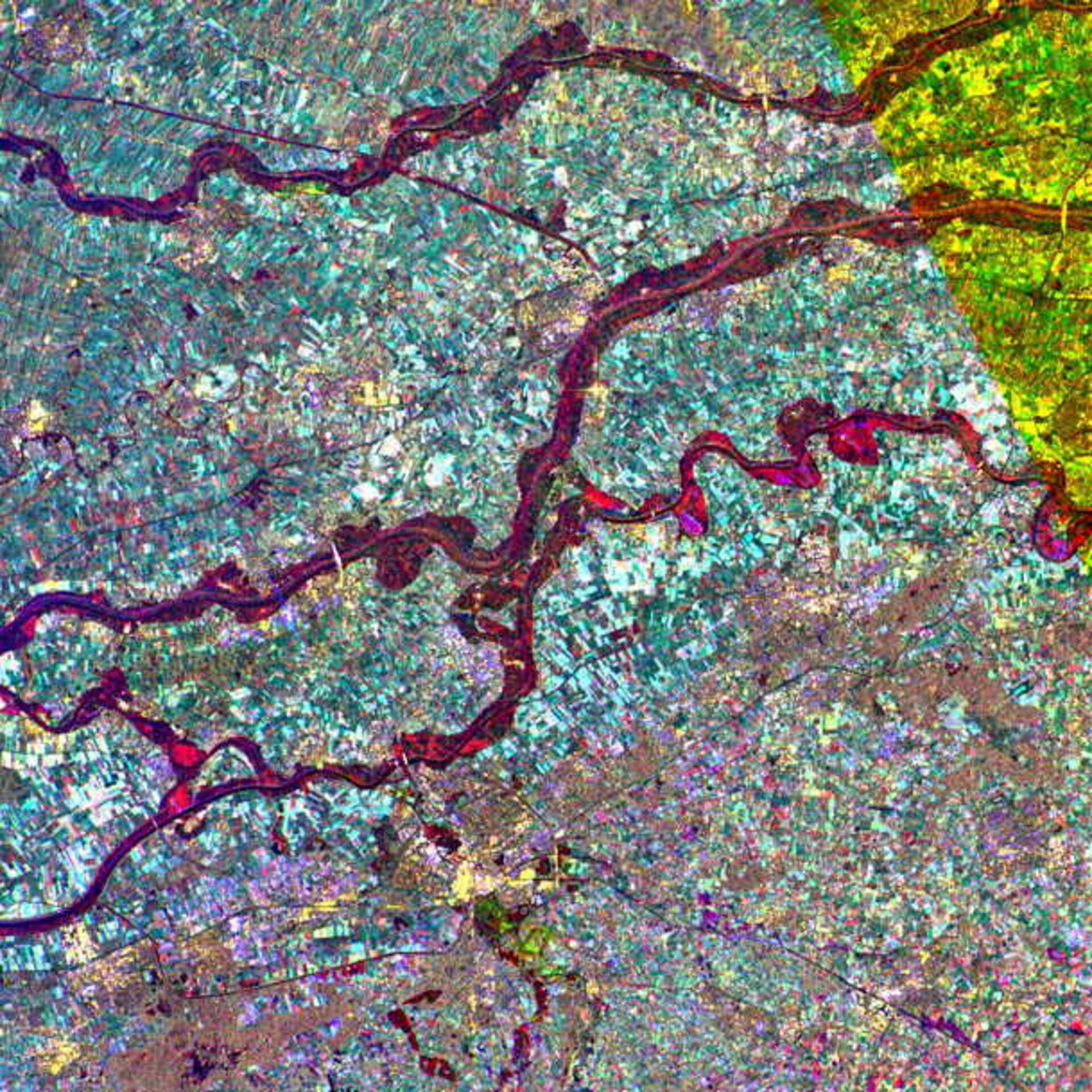 Flooding in the Rhine valley - Nijmegen, The Netherlands - Feb '95

The heavy rain that hit France (in the area of Charleville) and Germany at the end of January '95 enlarged the Mass (Meuse), Waal and Rhine rivers, threatening to overwhelm the Netherlands' flood protection walls and inundate the heart of the country. The Earth Watching team, observing the flood's critical high point move down the Maas river, processed image after image, including this multitemporal image of the Nijmegen area.
The image shows the three rivers in an area just west of the town of Nijmegen: the Lower Rhine (top), the Waal (centre) and the Maas (bottom). The swollen rivers are clearly delineated in dark magenta, while the normal river courses can be identified by the black parallel lines within the flooded area showing the position of the raised river banks.
The top left area is covered only by two acquisitions, and consequently appears in yellow.