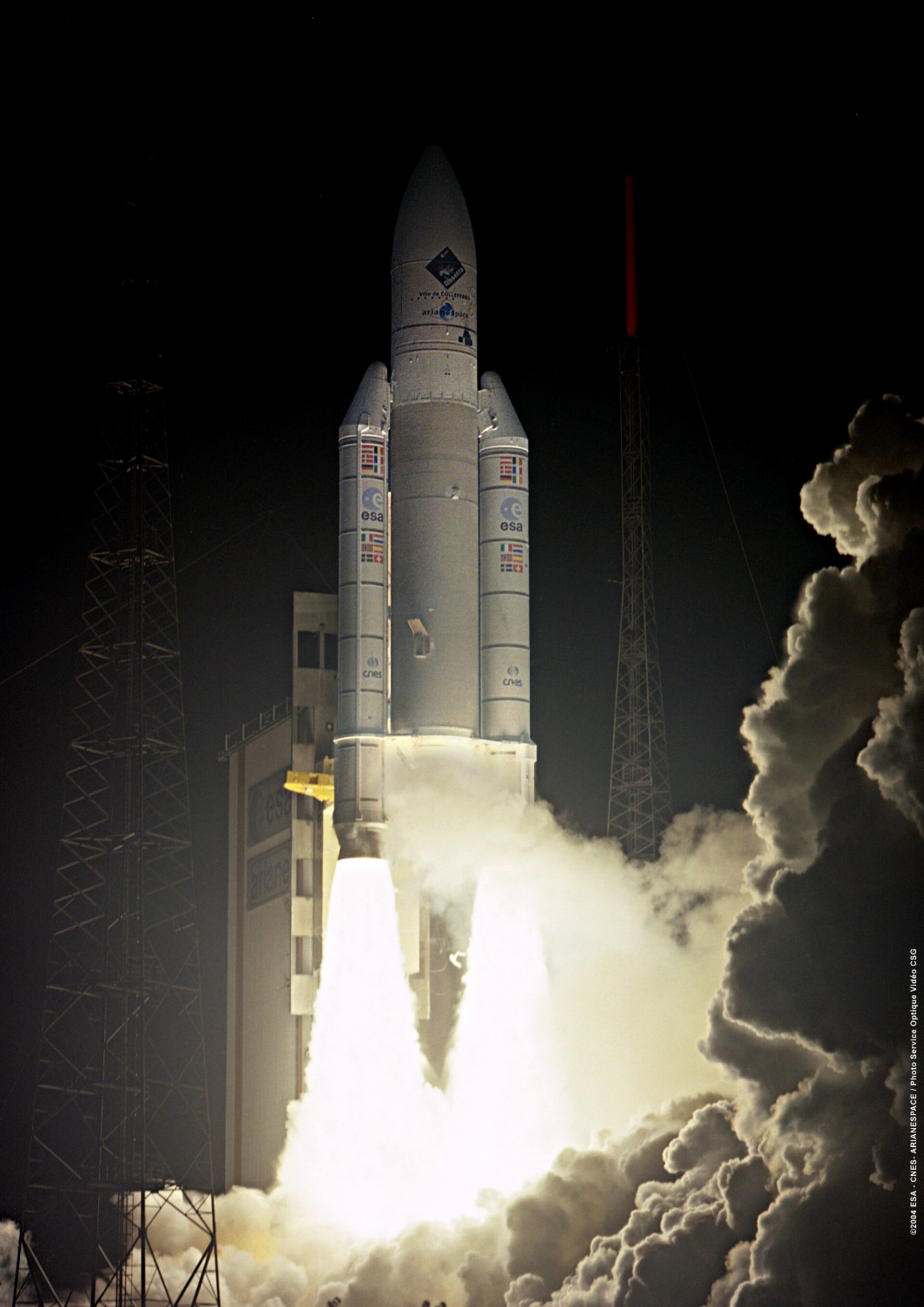 Europe’s Rosetta cometary probe has been successfully launched into an orbit around the Sun, which will allow it to reach the comet 67P/Churyumov-Gerasimenko in 2014 after three flybys of the Earth and one of Mars. During this 10-year journey, the probe will pass close to at least one asteroid. Rosetta is the first probe ever designed to enter orbit around a comet’s nucleus and release a lander onto its surface. For over a year it will conduct a thorough study of this remnant of the primitive nebula which gave birth to our Solar System about 5 billion years ago.

Rosetta’s mission began at 08h17 CET (07h17 GMT) on 2 March 2004 when a European Ariane 5 launch vehicle liftered off from the Guiana Space Centre, Europe’s spaceport in Kourou, French Guiana. The launcher successfully placed its upper stage and payload into an eccentric coast orbit (200 x 4000 km). About two hours later, at 10h14 CET (09h14 GMT) the upper stage ignited its own engine to reach an escape velocity in order to leave the Earth’s gravity field and enter heliocentric orbit. The Rosetta probe was released about 18 minutes later.