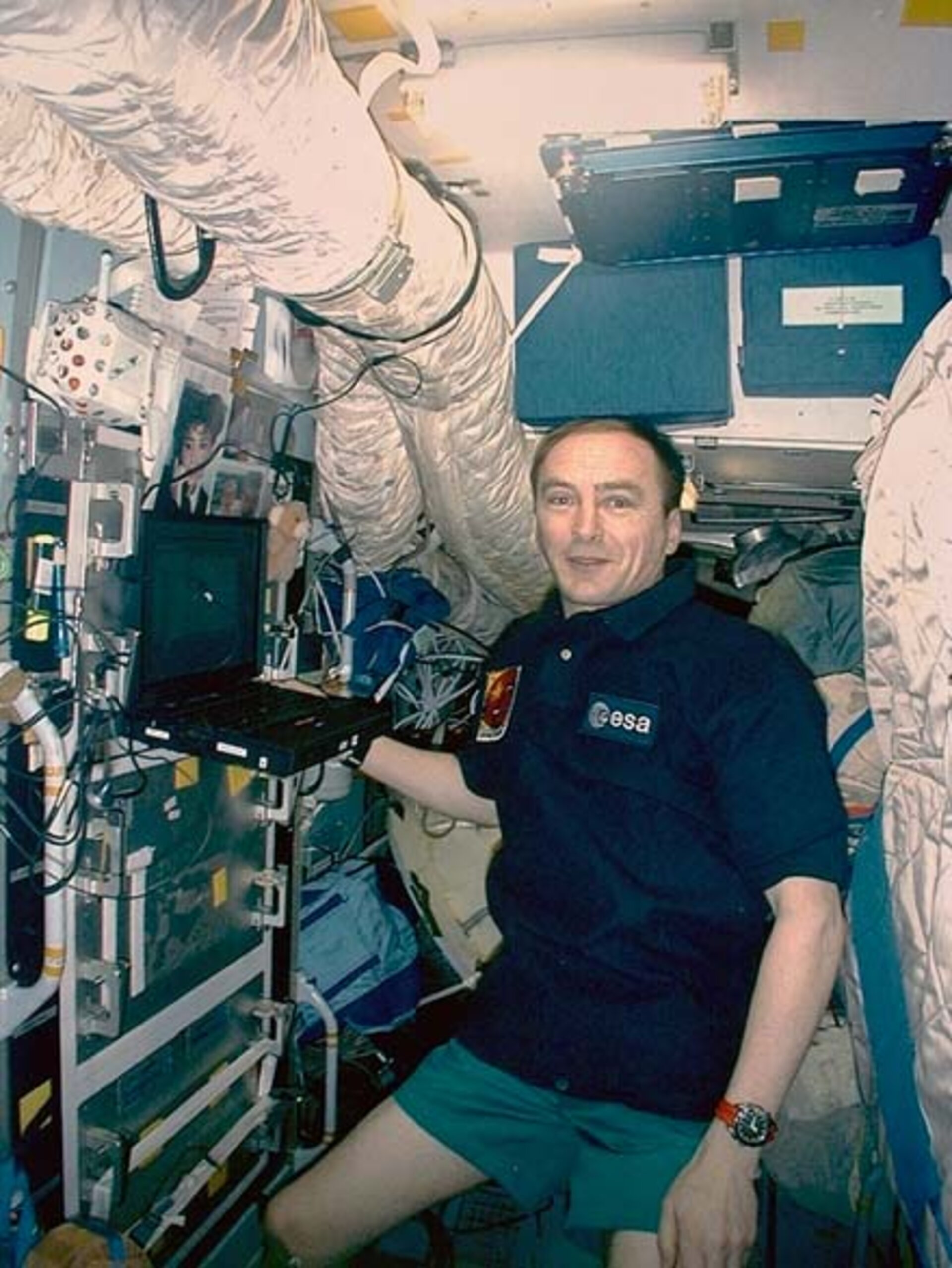 On 20 February 1999, the French ESA astronaut Jean-Pierre Haigneré was launched from the Baikonur Cosmodrome for the 6-month 'Perseus' mission aboard the Russian Mir space station. The research programme was defined and coordinated by the French space agency CNES. Haignere is a former CNES astronaut; he joined the European astronaut corps of ESA in June 1998. For the Perseus mission, he was detached back to CNES. Together with Russian cosmonaut Viktor Afanassiev and the first Slovak cosmonaut, Ivan Bella, Haignere reached Mir on 22 February, expecting to remain aboard until August 1999. It is the first time that a European astronaut has been qualified by the Russian Cosmonaut Training Centre as a Mir engineer. Most of the experiments performed by Haignere on behalf of French and many other European scientists built on work already done by other European astronauts on earlier missions to Mir. Two of the experiments were developed by ESA: the Bone Stiffness Measurement Device (BSMD) to study changes of the human bones in orbit, and the 'Mirsupio', a special bag designed by ESA's European Astronaut Centre (EAC) to facilitate the work of astronauts in space. (Image: CNES/NASA)