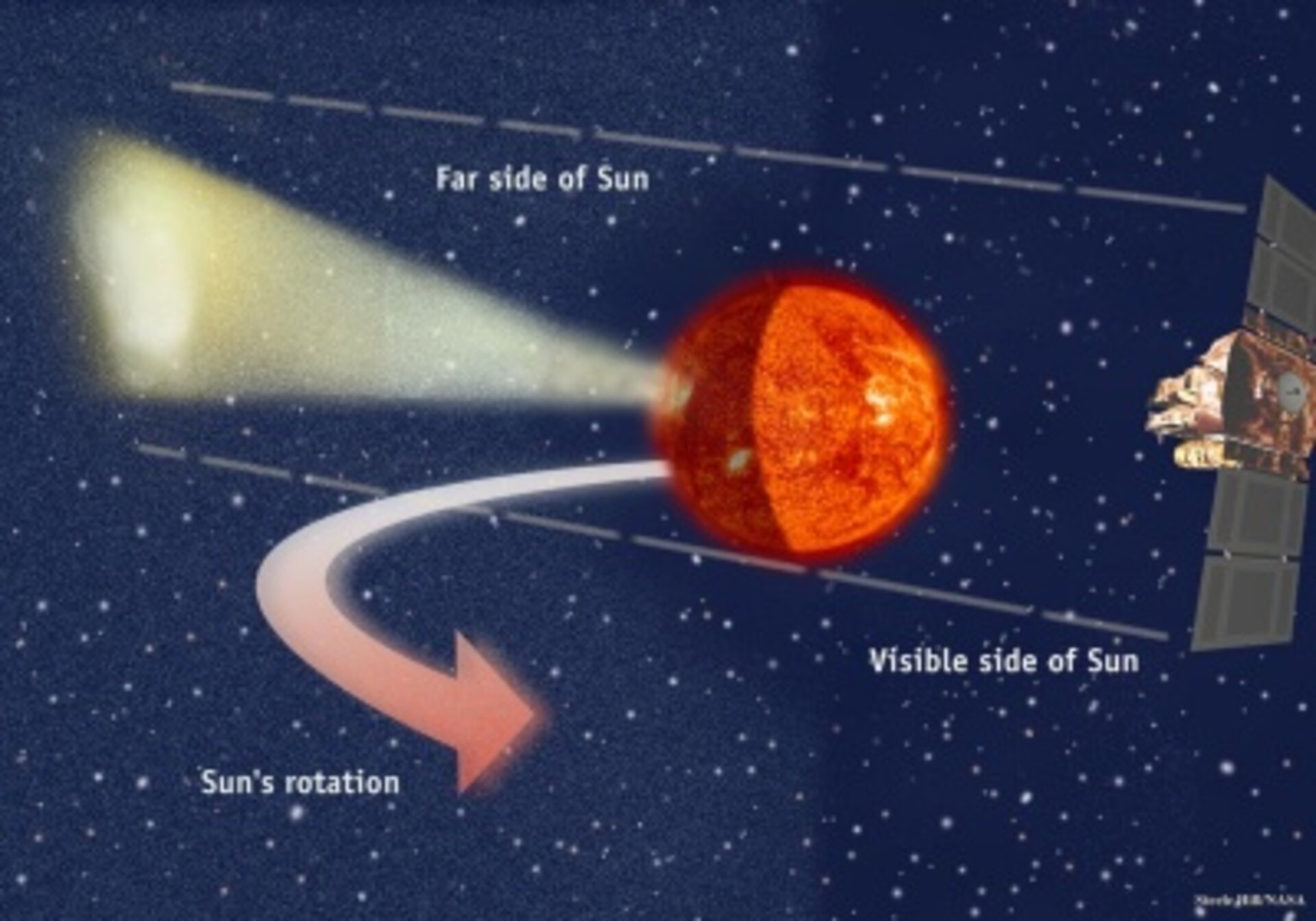 The Sun takes roughly four weeks to turn completely around on its axis, but active regions can appear and grow in only a few days. So until two years ago, no one had any way of telling when an active region might come 'around the corner' - perhaps blazing away with eruptions as soon as it appeared. If an active region can be detected in the middle of the far side it will appear on the eastern (left-hand) side of the visible disk about seven days later.