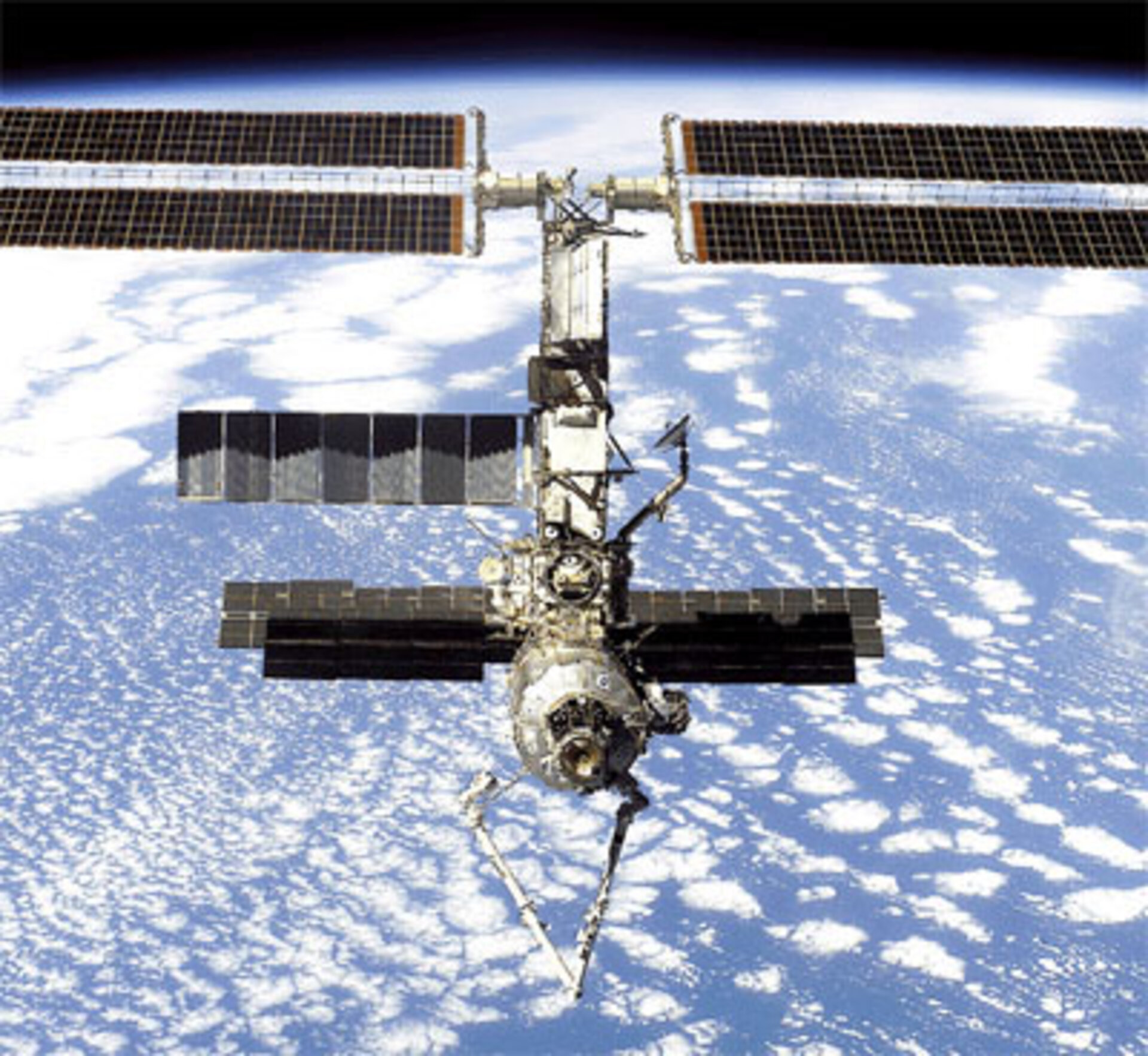 Backdropped against the blue and white
Earth and sporting a readily visible new
addition in the form of the Canadarm2 or
space station robotic arm, the International
Space Station (ISS) was photographed
following separation from the Space Shuttle
Endeavour. With six astronauts and a
Rosaviakosmos cosmonaut aboard the
shuttle, the spacecraft performed a
fly-around survey of the station, which was
inhabited by two astronauts and a Russian
cosmonaut. The image was recorded with a
digital still camera. (Photo: NASA)