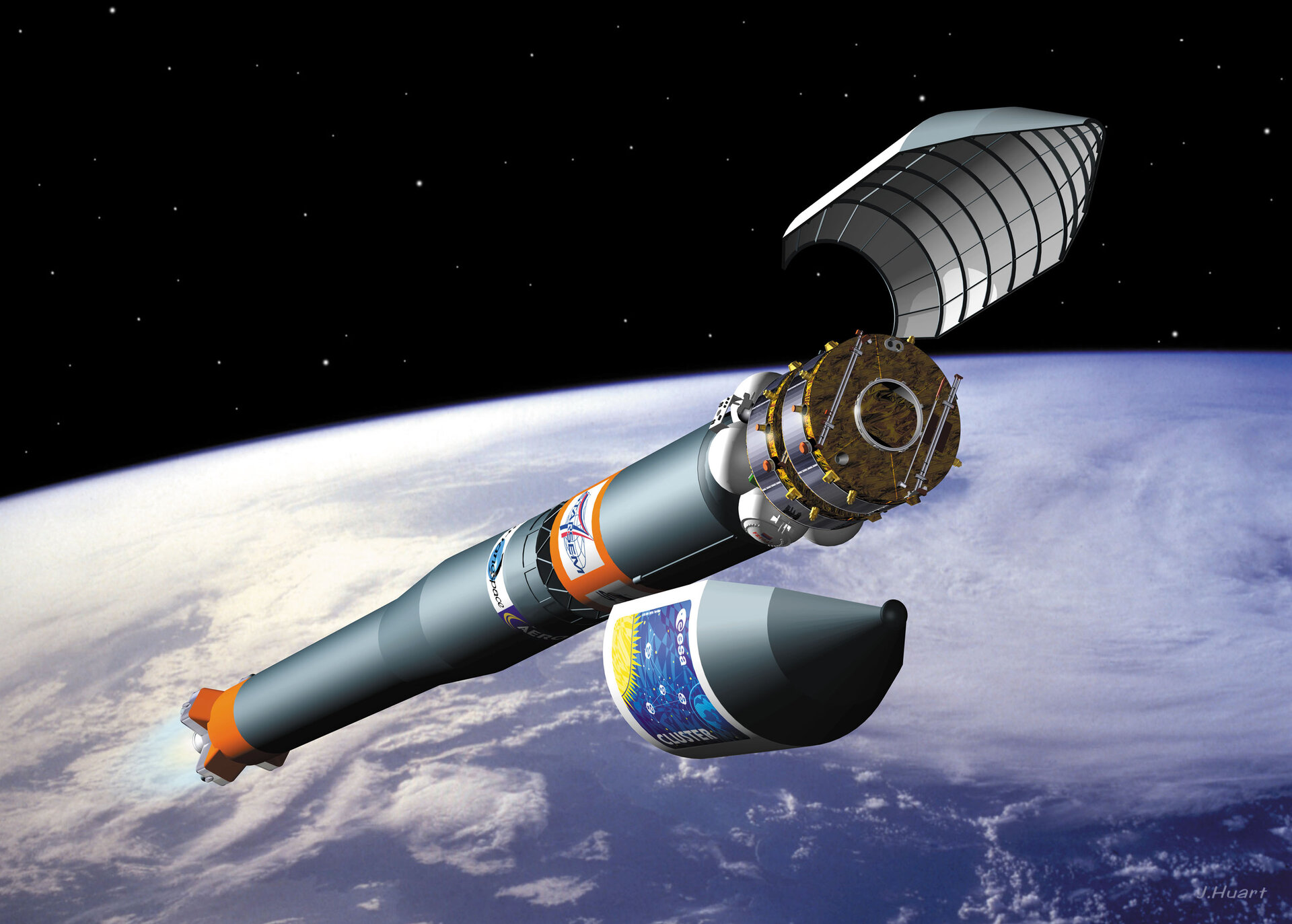 Cluster is part of an international programme to find out more about how the Sun and Earth interact. The four satellites join an armada of spacecraft from many countries (including ESA's SOHO and Ulysses satellites) which are already studying the Sun and the high-speed wind of charged particles - mainly electrons and protons - which it continually blasts into space.

The four Cluster spacecraft will spend two years passing in and out of our planet's magnetic field. Their mission will be to complete the most detailed investigation yet made into the ways in which the Sun and Earth interact.