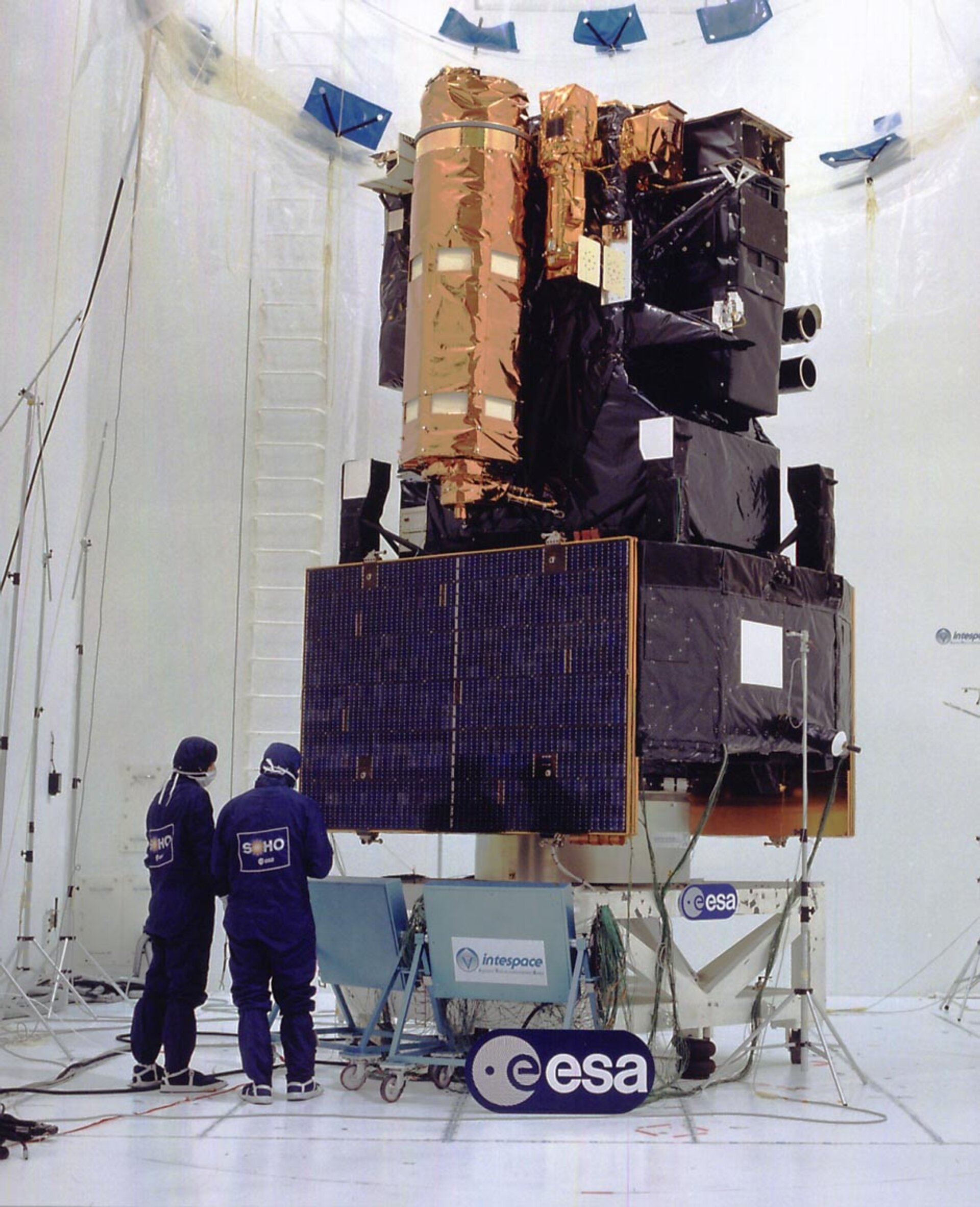 Integration test of ESA's SOHO satellite in Toulouse in April 1995

The main scientific purpose of SOHO is to study the Sun's internal structure, by observing velocity oscillations and radiance variations, and to look at the physical processes that form and heat the Sun's corona and that give rise to the solar wind, using imaging and spectroscopic diagnosis of the plasma in the Sun's outer regions coupled with in-situ measurements of the solar wind.

After it went into space in 1995, SOHO was meant to operate until 1998, but it was so successful that ESA and NASA decided to prolong its life until 2003.