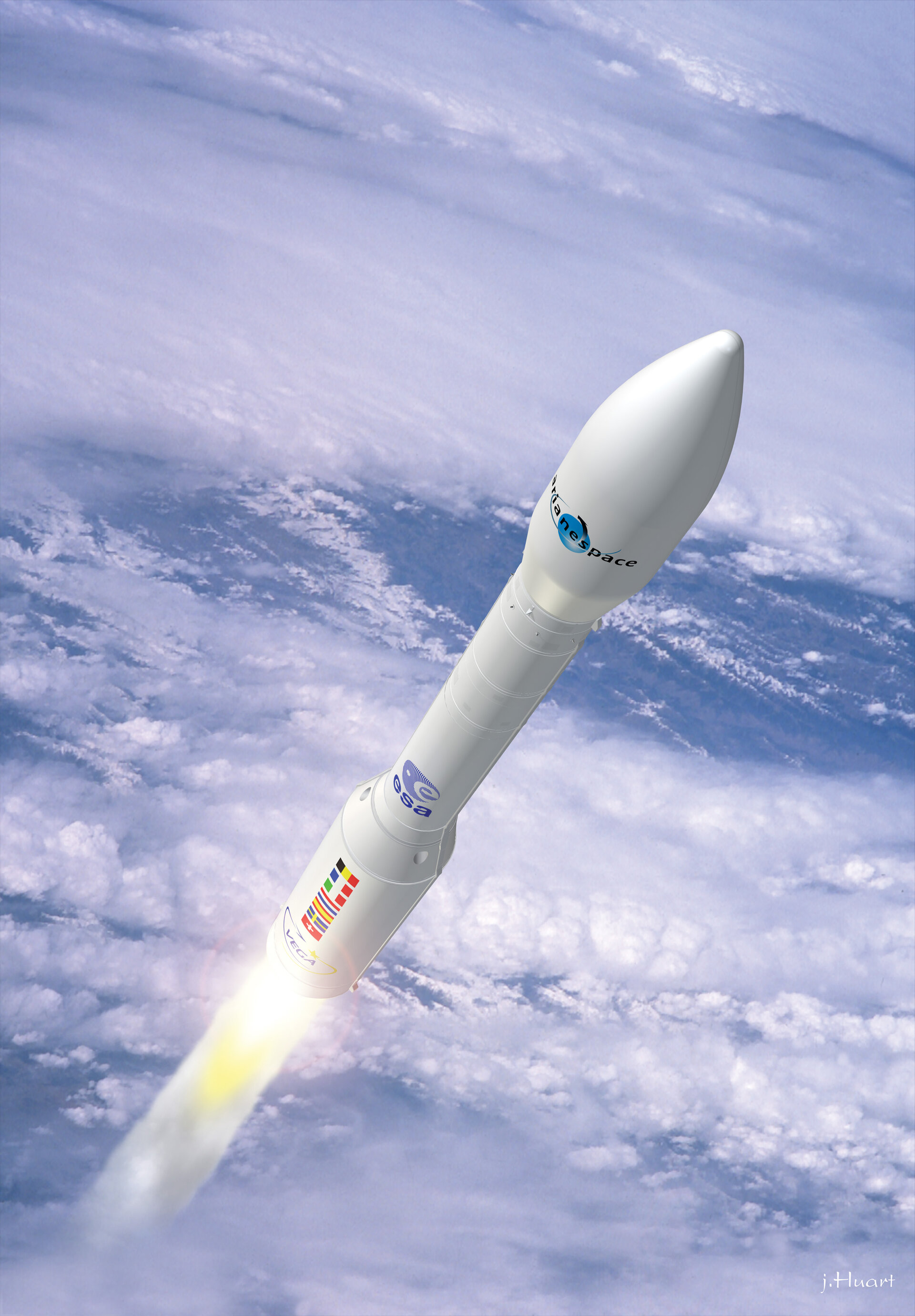 Although there is a growing tendency for satellites to become larger, there is still a need for a small launcher to put 300 to 2000 kg satellites, for scientific and Earth observation missions, into polar and low-Earth orbits cheaply and quickly. Europe’s answer to these needs is Vega, named after the 2nd brightest star in the northern hemisphere. Vega will make access to space easier, quicker and cheaper. Costs are being kept to a minimum by using some of the technologies already developed for Ariane launchers. Vega will also be able to make use of the existing launch facilities at Europe’s spaceport in Kourou.

Vega has been designed as a single body launcher with three solid propulsion stages and an additional liquid propulsion upper module for attitude and orbit control, and satellite release.

Development of the Vega launcher started in 1998 and the first launch is planned to take place in 2005.