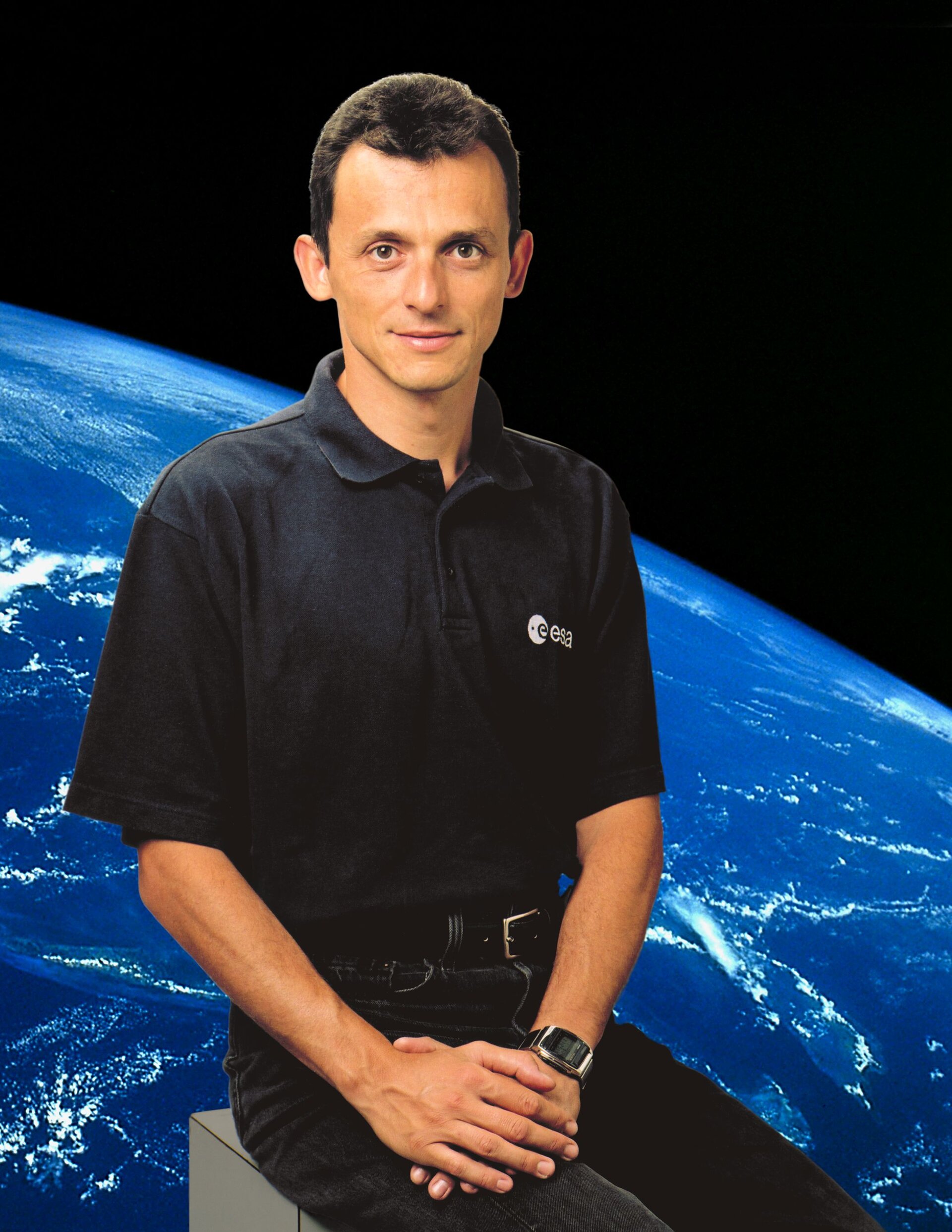 Born March 14, 1963 in Madrid, Spain, Pedro is married and has three children. He enjoys diving, swimming and cycling.

In 1986 he graduated with a degree in Aeronautical Engineering from the Escuela Técnica Superior de Ingenieros Aeronáuticos, Universidad Politécnica, Madrid.

Duque was selected to join the ESA astronaut corps based at EAC in Cologne, Germany, in May 1992. He completed the introductory and basic training programmes at EAC and a four-week training program at the Russian Cosmonaut Training Centre in Star City, Russia.
In August 1993, Duque returned to Star City to train for the joint ESA-Russian Euromir 94 mission. During Euromir 94, which took place from 3 October to 4 November 1994, he was the prime Crew Interface Coordinator in the Russian Mission Control Centre in Moscow where he served as coordinator between the crew onboard Mir and the European scientists.

In May 1995, NASA selected Duque as an alternate payload specialist for the Space Shuttle Life and Microgravity Spacelab mission launched in 1996. During this 17-day mission, Duque acted as the interface between researchers on the ground and the crew onboard the shuttle Columbia for all experiment-related issues. ESA had five major facilities on the flight and was responsible for more than half of the experiments performed.
In August 1996, Duque entered the Mission Specialist Class at the NASA/Johnson Space Center in Houston. This training led to his certification as mission specialist in April 1998, qualifying him for assignments on board the Space Shuttle.
Duque flew as mission specialist on the Space Shuttle Discovery in 1998. This nine-day mission was dedicated to research in weightlessness and the study of the Sun.
In 1999 Duque was assigned to ESA/ESTEC in Noordwijk to provide support to the module projects division within the Directorate of Manned Spaceflight and Microgravity.