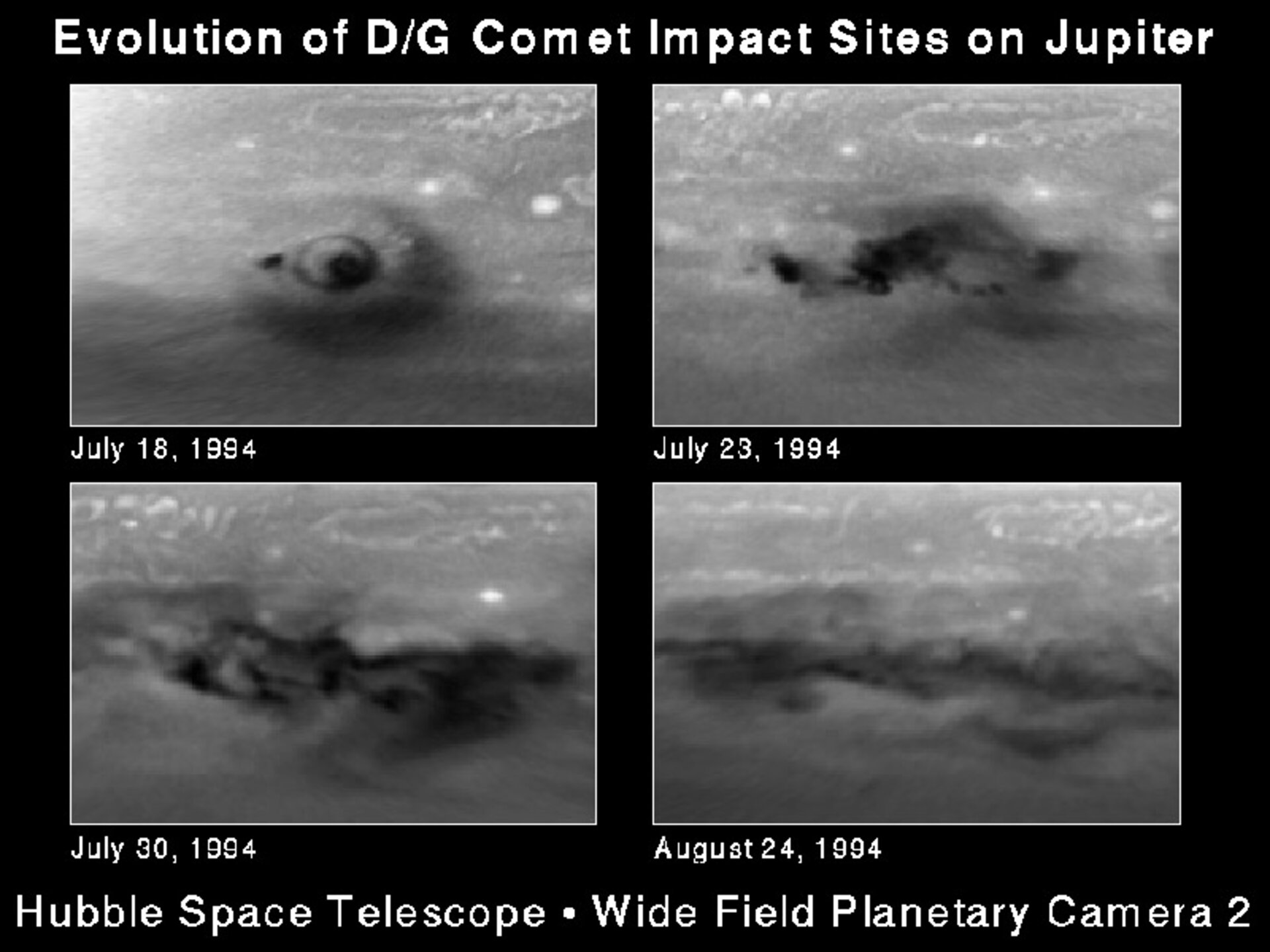 This series of snapshots, taken with the NASA/ESA Hubble Space Telescope, shows evolution of the comet P/Shoemaker-Levy 9 impact region called the D/G complex. This feature was produced by two nuclei of comet P/Shoemaker-Levy 9 that collided with Jupiter on 17 and 18 July 1994, respectively, and was later modified again by the impact of the S fragment on 21 July 1994.